How T-cell therapy saved my life

Judy Perkins’ stage 4 cancer was eradicated after she joined a clinical trial for T-cell therapy. She shares her remarkable story with pharmaphorum.

Three years ago, I was dying, with only a few months to live. My breast cancer had returned and the fight was almost over. I spent as much time with my friends and family as I could. I had no more bucket list plans, and I intended to curl up with my cats and read books or watch TV until I died.

But, I had one last chance. And I took it.

When I was diagnosed in 2013 it was a heavy blow. Metastatic (or stage 4) breast cancer is “treatable but not curable.” For obvious reasons, I was suddenly very motivated to learn everything I could about my disease. I called my cousin, a patient advocate for many years, for advice. She counselled me to get to a comprehensive cancer centre and to try to get into clinical trials.

Two years later, more than a dozen treatments had failed me. I had tried hormonal therapies and chemotherapies. I had even been in a clinical trial for an FGFR1 inhibitor called Lucitanib. I had experienced my tumours melting away. Unfortunately, so did my platelets. And, you kind of need those. We had to reduce the dosage to the point that it became ineffective. Still, I had seen some magic; it had bought me some time.

That’s when I met Dr Stephanie Goff. She is one of the researchers on Dr Steve Rosenberg’s team at the US National Cancer Institute. At an advocacy training called Project LEAD, sponsored by the National Breast Cancer Coalition, she told me about their clinical trial. More importantly, she told me that it might work.

A few weeks later, I arrived for duty at the National Institutes of Health in Bethesda, MD. The trial was for “Immunotherapy using Tumour Infiltrating Lymphocytes” (TIL).

Inside my tumours were T-cells with the specific antigen receptors that were able to recognise my cancer’s mutations. However, the cancer was able to trick my immune system; it evaded detection, and kept those T-cells from multiplying and attacking. Dr Rosenberg’s team has created a treatment that is often able to overcome this resistance. The team has had good luck treating melanoma patients and patients with blood cancers like leukaemia and lymphoma. These “hot cancers” are thought to respond better to the TIL treatment because they have more mutations, more targets for the immune system to attack. In my particular trial, the team is trying to expand the treatment to patients with “cold cancers”, epithelial cancers with lower mutation rates. 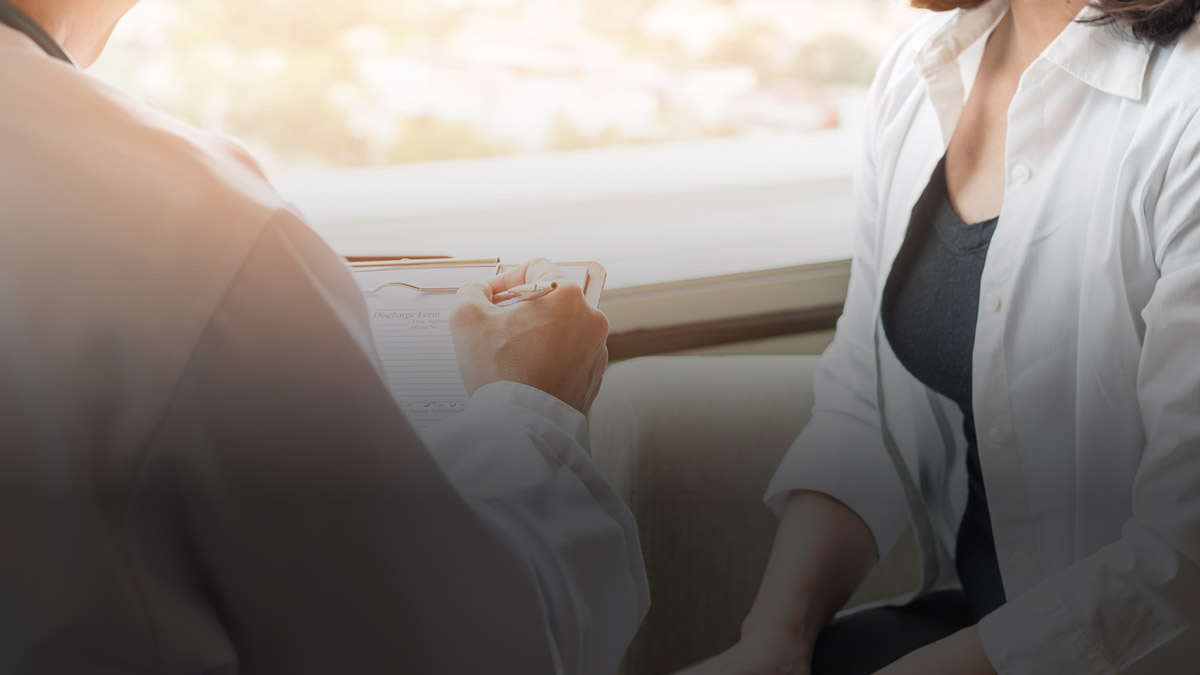 To be a candidate for this trial, you had to have at least two tumours. One that can be resected (to obtain the TIL) and one that they can watch to see if the treatment is working. With breast cancer patients, we often have bone only disease. By the time we have tumours that can be surgically removed, this often means that the cancer has spread to the liver or lungs and we are becoming too sick to endure the treatment. Some patients have brain mets and they also don’t qualify for the trial. Because of these problems, I was the first breast cancer patient that was treated.

I was a good candidate because I had an easily accessible tumour in my right breast and I was still fairly healthy. In August of 2015, Dr Goff removed that tumour. Nikos Zacharakis, the man behind the scenes in the lab, isolated the T-cells from my tumour. He fed them bits of my tumour to identify the cells that would attack my tumour. By taking the time to identify the reactive TIL, Nikos produced “selective TIL”, a highly personalised treatment. This is in contrast to the “bulk TIL” treatment that is used for patients with “hot” cancers. Nikos then expanded these cells and filled an IV bag with 81 billion of them.

Unfortunately, it took four months to complete his work in the lab. And between my surgery (in August) and when my cells were ready (in December), I had really started to go down the rabbit hole. As a participant in the trial, I was required to “wash out” and be off all other treatments for a month prior to the surgery and another month prior to receiving my cells. The interim standard treatment that I was on that fall was only marginally effective. Therefore, when I arrived at the NIH, I was in a lot of pain. Tumours had spread throughout my liver. I understood that the odds of this treatment working were less than 15% (not good) and I was doing my best to prepare myself for the unhappy but likely outcome.

I limped into the clinic at the NIH in December of 2015 and was there for almost a month. Prior to receiving my cells, I received high dose chemotherapy to temporarily knock out my immune system. I received seven doses of Interleukin-2 (IL-2) as part of the post treatment. The IL-2 is part of the expansion process for the cells. The team tries to infuse as much IL-2 into the patients as we can stand in an effort to make those cells “feel at home”. I received seven doses of the IL-2. The first dose caused me to have uncontrollable shivering called rigours that were unexpected. Fortunately, the nurses responded quickly once they were alerted. I managed to get ahead of the shivering for subsequent doses. But after receiving all of the IL-2, I was left feeling lethargic, battered and weak.

“By April, I was backpacking again on the Appalachian Trail”

I had to wait about ten days for my bone marrow to regenerate my white blood cells. Despite the fact that I felt miserable, even before I left the clinic, I had a glimmer of hope. Because of a telltale tumour in my upper left chest, I knew that my tumours were shrinking. At first, I didn’t know if it was because of the TIL or just the high-dose chemo. But the tumours continued to shrink and I stopped taking my pain meds soon thereafter. A few weeks later, my energy returned. By April, I was backpacking again on the Appalachian Trail. In March of 2018, I circumnavigated Florida by sea kayak, a distance of 1200 miles. Adventures were back on my plate.

I asked the doctor on the team who was primarily responsible for my care, Dr Kasia Trebska-McGowan, why they thought the treatment had worked.

She told me that the two unique mutations that my T-cells recognised were: KIAA0368 and SLC3A2.

In their experience, both with melanoma and non-melanoma, most T-cells recognise unique antigens, many of them not well described. They rarely find T-cells recognising the same antigen twice – with the exception of a few known ‘hot-spot’ mutations in genes (but even these are uncommon – because even if some patients have mutations in K-RAS, for example, often seen in colon or pancreatic cancer, they often don’t have their own T-cells that recognise it).

KIAA0368 is a gene that plays a role in how proteins are made or processed. SLC3A2 is a gene encoding a protein that transports things into and out of the cells. Neither of them has been specifically described in breast cancer.

In May of 2016, I had my first clean scan. My cancer was gone and it has stayed that way ever since. Dr Francis Collins, the director of the NIH, testified in a Congressional Subcommittee hearing that I “appear to be cured”. While researchers will not use the “C” word and instead will only state that I am enjoying a “durable regression”, I believe that I am “cured” because Steve Rosenberg has been treating patients with this therapy for more than a decade. For those of us fortunate enough to respond, none of us have relapsed.

“My local oncologist tried to dissuade me from participating in clinical trials. I was astounded that he would harbour such an uneducated opinion”

Since my experience as a patient, I have become more involved with patient advocacy. I understand that one of the challenges we face in bringing new treatments to patients, is accruing patients in clinical trials. During my cancer journey, I had an interesting experience with my local oncologist who tried to dissuade me from participating in clinical trials. He said to me, “Do you know how much money they make off of you?” I was astounded that a trained oncologist would harbour such an uneducated opinion. I saw him again after being improbably cured and I think my results caused him to see clinical trials in a new light. But clearly, if this mentality is widespread in local oncologists, it is a grave barrier to patients who will remain unaware that clinical trials may be an option for them, and for researchers trying to accrue patients to trials.

Finally, I am often asked for my advice for cancer patients dealing with a diagnosis of stage 4 cancer. I recommend the following: 1) Get a second opinion. 2) Learn as much about your specific disease as you can. 3) Go to a comprehensive cancer centre for treatment (if possible). 4) Investigate clinical trials to see if they provide treatment options. 5) Be a proactive, engaged patient.

Judy Perkins was diagnosed with metastatic breast cancer in 2013.  A retired engineer, she became involved with patient advocacy at first to learn more about her own diagnosis. As a Project LEAD graduate, she continues to advocate for the National Breast Cancer Coalition and lobby for increased federal funding for breast cancer research. In December 2015, Judy became the first breast cancer patient to be treated with immunotherapy using tumour infiltrating lymphocytes at the National Institutes of Health.  Since May of 2016, she has been cancer free. As a cancer veteran, she continues to use this platform to educate people about clinical trials and patient advocacy.

Patient Insights is a monthly series that appears in partnership with Inspire, a company with an online support community of more than 1.5 million patients and caregivers worldwide.

Not just COVID-19 vaccines: 5 things that cause blood clots 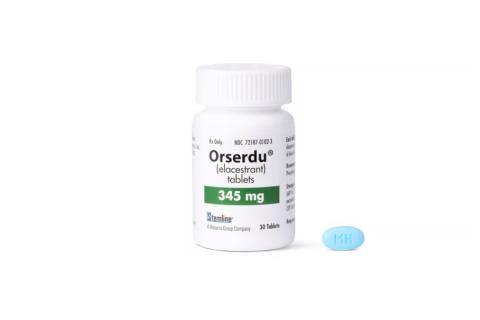