Immunocore, one of UK biotech’s brightest hopes, has selected a third target as part of its immuno-oncology partnership with GlaxoSmithKline.

The collaboration was first launched in 2013, and is based around Immunocore’s T Cell Receptor (TCR) platform – which promises to create smaller biologic molecules which can reach targets that conventional monoclonal antibodies cannot.

Immunocore’s TCR technology is focused on a small protein called the ImmTAC (Immune mobilising monoclonal TCRs Against Cancer) molecule that enables the immune system to recognise and kill cancerous cells.

GSK and Immunocore hope the TCRs can prove to be in the ‘third generation’ of immuno-oncology drugs, following on from checkpoint inhibitors such as Merck’s Keytruda and BMS’ Opdivo, and the first CAR-T therapies from Novartis and Kite Pharma, anticipated to gain approval in late 2017/ early 2018.

The privately-held, Oxford-based company says ImmTAC molecules offer a huge competitive advantage, as they have an ultra-high affinity for cancer targets within cells as well as on the surface of cells.

Of the two existing ImmTAC programmes being developed by the partners, the most advanced is on track for an Investigational New Drug (IND) this year, with potential applications in Non-Small Cell Lung Cancer (NSCLC), bladder cancer, synovial sarcoma, melanoma and ovarian cancer.

Dr Bent Jakobsen, chief scientific officer at Immunocore, commented: “The initiation of this new programme adds to a growing body of evidence that our ImmTAC technology has real potential to generate novel, potent drug candidates against disease targets which are difficult to address with other biologic platforms. ImmTAC molecules are relevant across a wide range of cancer types and have the ability to tackle solid ‘cold’, low mutation rate tumours – the majority of tumours which are difficult for other immuno-oncology drugs to address. We look forward to beginning work on this additional programme with GSK in oncology.” 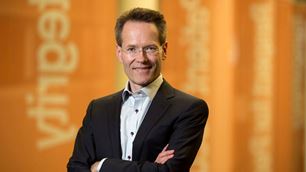 Immunocore has collaborations with Genentech, GlaxoSmithKline, MedImmune (the biologics division of AstraZeneca) and a co-discovery and co-development partnership with Lilly across a range of solid tumours.

It also has a wholly-owned lead programme, IMCgp100, in a pivotal monotherapy trial in patients with metastatic uveal melanoma, with encouraging phase 1 data presented at the ASCO cancer congress last month.

However Immunocore still has a long way to go to prove its platform can offer a more compelling next generation to the checkpoint inhibitors and the CAR-Ts, as well as second and third generation CAR-Ts in the pipeline.

Kite Pharma, one of the frontrunners in CAR-Ts, is also developing its own TCRs, and the anticipated approval of its KTE-C19 could give it momentum (and cash) to developing TCRs.

Even closer to home is Adaptimmune – a kind of sister company to Immunocore, the companies sharing common management until recently, as well as common investors.  Adaptimmune is also based in Oxford and also focused on so-called enhanced affinity TCRS. However its TCR platform, ‘Spear T-Cells’  rely on genetically modified T cells from patients, in contrast to Immunocore’s soluble TCR.

It too has a collaboration with GSK against multiple cancer targets. Its NY-ESO TCR is currently being studied against eight separate phase 1/2 trials, but the company also has its own wholly-owned candidates.

Unlike its Oxford sibling, Adaptimmune is a listed company, and suffered a hit in October when early results from an open label trial showed it to be ineffective against ovarian cancer.

The company has since decided to add fludarabine as a conditioning agent to boost responses, even though this practice came under suspicion when deaths occurred in Juno’s CAR-T trials.

Please note this article has been updated after publication to clarify a number of details, including the shared heritage of Adaptimmune and Immunocore.

GSK’s Neale Belson on building trust with employees and society