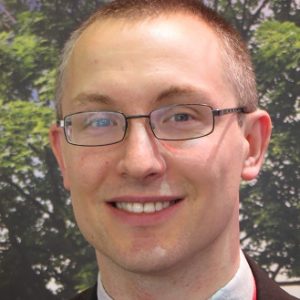 Sessions on nontuberculous mycobacterial pulmonary disease (NTM-PD) were particularly well attended at the recent 27th International Congress of the European Respiratory Society, reflecting the rising incidence and prevalence of these infections, and the growing interest of clinicians and researchers. Professor James Chalmers explains the current situation and the challenge of treating NTM-PD effectively.

Nontuberculous mycobacteria (NTM) are everywhere – in the ground we walk over, the water we drink, the air we breathe. There are more than 150 species of these tiny, rod-shaped pathogens and they are ubiquitous in the environment.

Most of the time they cause no trouble, but for people who are immunocompromised or who have damaged airways, NTM can cause serious, and sometimes fatal, lung infections. For example, a large Danish study reported a five-year mortality of 40% in definite NTM disease [1].

Pulmonary NTM infections are also being reported in people without immune deficiency. Reports from several countries show a rising prevalence. This may be due to both increased awareness and improved diagnosis [2].

In England, Wales and Northern Ireland, the reported rate of NTM more than doubled between 1996 and 2006. An updated analysis has shown that the incidence of NTM has continued to rise – overall, an almost tenfold increase since 1995. Pulmonary Mycobacterium avium complex (MAC) in older people is responsible for the majority of this increase. [2]

The causative pathogens in NTM infections can be notoriously difficult to kill. They are shielded by an unusually thick cell wall, can ‘hide’ inside other cells or within biofilms where they cannot be reached by antibiotics and disinfectants, can grow under nutrient- and oxygen-poor conditions and thrive at temperatures that would disable many other bacteria. Additional NTM defence mechanisms include both innate and acquired antibiotic resistance, plus highly efficient efflux pumps that can swiftly remove antibiotics from the bacterial cell [3].

Furthermore, because these bacteria evolved in the soil – alongside the moulds which became the source of many widely-used antibiotics – they can be stubbornly resistant to standard antibiotics.  Lung infections caused by NTM therefore pose a major clinical challenge, requiring lengthy treatment with combination antibiotics – regimens that frequently fail and that can cause significant side effects for patients [4].  New treatments are urgently needed.

To add to the clinical challenge, NTM infections can be notoriously difficult to diagnose – sometimes meaning that the patient has suffered significant lung damage before diagnosis. Accurate diagnosis requires clinical, microbiological and radiological criteria – a full medical history, sputum culture for acid fast bacilli (AFB), or bronchoscopy in patients unable to produce sputum. A chest CT scan is also an important diagnostic tool. The American Thoracic Society criteria for diagnosis of NTM pulmonary disease requires clinical, microbiological and radiological evidence of NTM-PD to be present before a diagnosis can be made.

A clear sign of the growing importance of NTM was the number of sessions, posters and other abstracts devoted to NTM research at the recent meeting of the European Respiratory Society (ERS), held in Milan, Italy.

In one symposium, Dr Felix Ringhausen from Hannover, Germany, reviewed the latest epidemiological data for NTM, including a German study which interrogated national databases to define the current burden of NTM-PD-associated hospitalisations in Germany [5].  The results showed an incidence rate of 2.6 per 100,000 insured persons, with a mean direct expenditure per patient of €39,559.60 – four-fold higher than costs for matched controls, largely due the need for repeat hospital admissions.

Elsewhere, the burden of infection appears to be even higher. Dr Ho Namkoong, of Keio University School of Medicine, Tokyo, Japan, reported results from a nationwide survey of Japanese hospitals showing an incidence estimated at 14.7 cases per 100,000 person-years – almost three times higher than that found in the last survey (2007) –  an incidence that he acknowledged to be one of the highest in the world (Oral abstract 1973 Session 264).

Ringhausen also reported that one-in-four patients had not been prescribed antibiotic treatment. And among those who were given antibiotics, 12% received the wrong regimen, despite well publicised guidelines. In the UK, new guidelines on the diagnosis and management of NTM‐PD have recently been published by the British Thoracic Society [6].

However, according to Professor David Griffith, Department of Medicine, University of Texas Health Science Center, Tyler, USA, adherence to existing guidelines is poor, with one study showing that only 13% of patients with pulmonary MAC infection were prescribed the guideline regimen [7]. He urged clinicians to treat patients aggressively and to stick to guideline-recommended regimens.

There is probably no other respiratory disease with such a low guideline compliance rate. We need to understand why compliance is so poor and we need to do better.

In summary, current epidemiological data, mortality statistics and sub-optimal treatment regimens clearly point to an unmet need when treating NTM. In the immediate future there should be some improvement with better antibiotics and reformed treatment protocols. Some studies also show hope for better prevention via modification of environmental and host factors. Longer term, there are promising areas of research such as biofilm-disrupting drugs, patient microbiome modification, candidate virulence blockers, novel immunomodulators and the use of genetic sequencing to provide targeted therapy for individual patients.

He is GSK/British Lung Foundation Chair of Respiratory Research at the University of Dundee, UK. He is also Chair of EMBARC, The European Bronchiectasis Registry.

Collaboration the key to success in respiratory research