Johnson & Johnson is rolling out its ‘no strings attached’ innovation incubator project JLABS to Europe – and has chosen a site in Belgium with a link to the company’s history.

The new JLABS @ BE will be located on the Beerse Janssen R&D Campus, in northern Belgium.

This is the same site where in 1953, the renowned Dr. Paul Janssen first established Janssen Pharmaceutica NV, which is today the pharma division of J&J.

Most big pharma companies now have venture capital funds or programmes to help biotech or digital health startups – but J&J Innovation is the only one to have a global network of incubator sites.

The first JLABs opened in San Diego in 2012, and since then seven more have been established in the US and Canada.

In December it unveiled Shanghai as the location for the first JLABS outside North America, and now Beerse is the tenth.

The company says its JLABs network has hosted over 330 companies, and these have collectively raised over $9.4B in growth capital.

It’s too early to say if the tactic is paying off for J&J, but by by nurturing startups itself, the company could help develop more robust science more quickly than via traditional in-licensing deals.

The company has taken the decision to transition the existing JLINX incubator on the site – a collaboration launched in March 2016 between Janssen Pharmaceutica NV and Bioqube Ventures – into a JLAB.

The key change will be that up until now, the incubator hasn’t offered the same ‘no strings attached’ support and guidance, but will now mirror the nine other centres in this respect. 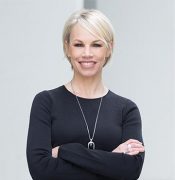 “By creating a JLABS on the Beerse Janssen R&D Campus, we take another step towards our vision of a truly global, open innovation ecosystem,” says Melinda Richter, Global Head of JLABS, Johnson & Johnson Innovation.

“This unique model will support entrepreneurs in progressing their transformative science through access to state-of-the-art infrastructure, expertise and funding opportunities and all in the knowledge that their ideas can progress with no-strings attached,”

There are already a handful of innovation medical and health startups on the site, including Clarity Genomics which focuses on microbiome analysis in clinical trials.

In its new incarnation, the site will accommodate up to 30 life science startups focused on innovations across the entire healthcare spectrum, including biotech, pharmaceuticals, medical devices, consumer and healthtech sectors.

The company says its resident entrepreneurs will have a capital efficient and flexible platform to build on. This will include a global network to expertise and mentors from established firms and research universities, as well as opportunities to raise more capital and collaborate.

As J&J spans pharmaceuticals, medical devices and consumer health, startups working on any “health and wellness solutions” for consumers or patients will be welcome. 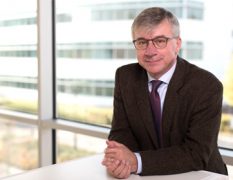 “We are confident that JLABS will build upon the vibrant base in Beerse and the foundational roots of JLINX, that were established in partnership with the Bioqube Ventures team, says Stef Heylen, chief operating officer, Development, Janssen R&D and Managing Director, Janssen Pharmaceutica NV Belgium.

“We are proud to make this ecosystem part of Dr. Paul Janssen’s namesake campus,” he added.

JLABS @ BE will continue to benefit from €2.1 million of financial support granted by the European Regional Development Fund (ERDF) and the government agency Flanders Innovation & Entrepreneurship (VLAIO – Hermesfonds) in 2017.

Startups and entrepreneurs from biotech, pharmaceutical, medical device, consumer and healthtech companies interested in applying to join the JLABS @ BE community can get in touch by visiting jlabs.jnjinnovation.com