It’s been common knowledge for some time now that Apple is moving into the healthcare world. The unveiling of its own Health app in 2014 alongside its software platform HealthKit, which allows data sharing between Health and third party apps, was the beginning of the process for Apple. Clinical research-focused software platform ResearchKit and consumer-focused CareKit followed in 2015 and 2016 respectively.

The tech giant also acquired health data specialist Gliimpse in August – thus, while Apple remains tight-lipped about its precise plans, it’s clear it is building up a long-term investment in healthcare.

This week, through a series of emails obtained by MobiHealthNews via a Freedom of Information Act request to the FDA, another rare peek behind Apple’s curtain reveals the company is looking to create clinically-approved diagnostic apps and devices.

The emails allude to Apple working closely with the FDA on the regulation of new products, particularly in the form of a new Parkinson’s disease diagnostic and new cardiac devices.

In regards to the Parkinson’s solution, an email sent by Apple to associate director of digital health at the FDA, Bakul Patel, mentions a meeting around a “telehealth/remote monitoring” solution as well as a “diagnostic app”.

The “telehealth/monitoring” solution could be in reference to the mPower app developed by Sage Bionetworks for the accompanying mPower research study. The app mixes surveys and tasks to evaluate user health and disease progression, testing aspects such as dexterity, gait and speech. From the sounds of it however, there is also a standalone diagnostic app which will be the first of its kind if proven to be true. 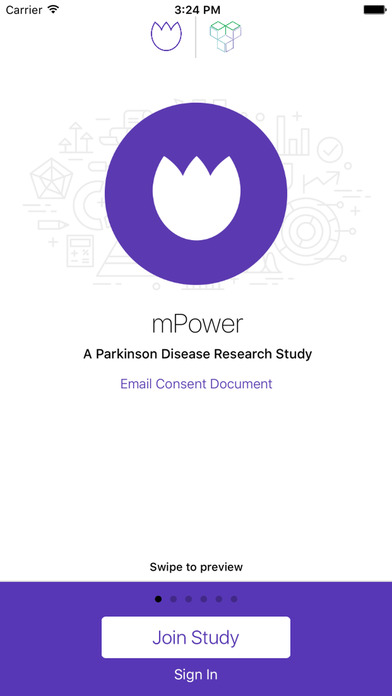 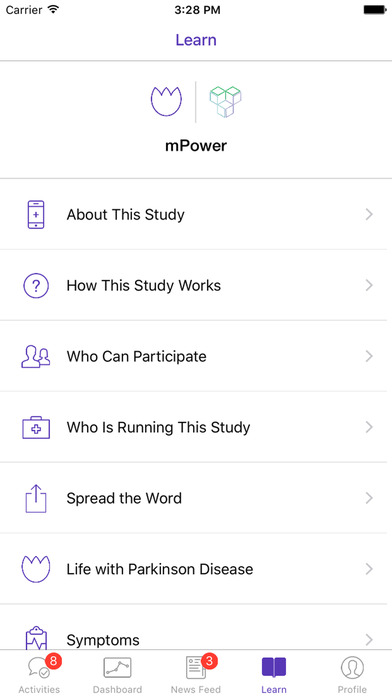 Is Apple planning on a Parkinson’s app similar to mPower?

In regards to cardiac devices, the string of emails describes meetings between Apple and the FDA to discuss two distinct devices, although very little is actually revealed as to their nature. The best guess as to their exact make-up would be something similar to ECG monitoring tools already on the market, such as AliveCor’s Kardia Mobile and soon-to-be-released Kardia Band.

Suspicions around whether Apple is looking to create FDA-approved apps and devices have been around for some time now. In an interview with Fast Company in August, Apple CEO Tim Cook hinted towards the company’s possible involvement in the devices market, describing the privileged position Apple is in in regards to not needing to consider reimbursement from insurance providers – a problem which many pharmaceutical companies struggle with.

Perhaps most intriguing about the supposed app/device route for Apple is the company’s approach to the situation compared to its tech-come-healthcare provider competitors.

Its biggest competitor in the smartphone software market, Google, separated out its numerous healthcare divisions with the creation of Alphabet in 2015. Since then, the company has been fairly adamant in attempting to gain FDA approval for its solutions in various markets, including diabetes, robotics and genomics, regardless of the need for meeting extensive regulatory guidelines. In contrast, Apple seems to be trying its hardest to avoid its devices requiring full medical device status, instead working with the FDA to create apps and devices as close to the regulatory line as possible without overstepping it.

Another big story this week came in the form of a research paper published in the Journal of the American Medical Association.

The study, conducted by a Google research team, investigated the use of deep learning algorithms in the automatic detection of two serious diabetes-related eye conditions, diabetic retinopathy (DR), which can lead to blindness – and diabetic macular oedema (DME).

The team designed a deep learning algorithm to automate analysis of photographs of patient retinas. The computer was trained to classify images and to recognise different grades of each condition using a retrospective data set of 128,175 retinal images.

The algorithm was then used to analyse two image datasets: one including 9,963 images obtained from EyePACS (a web-based application for exchanging eye-related clinical information) and three eye hospitals in India, and another including 1,748 publicly-available images.

For both datasets, the algorithm was over 90% accurate in its diagnoses.

Considering the impact of both DR and DME – one being the leading cause for sight loss in adults between 20 and 74 years of age and the other being a leading cause of vision loss in diabetes patients respectively – the potential for Google’s algorithm is particularly high, especially considering the significant reduction in each condition’s effect if detected early enough.

In general, further tests of artificial intelligence in healthcare settings is continuing to prove its immense potential. Google itself is applying its DeepMind Health machine learning capabilities to both eye health and cancer as well as to the sharing of patient records. Recently, a study carried out by the Cincinnati Children’s Hospital Medical Center applied machine learning to suicide prevention – achieving 93% accuracy in identifying suicidal people.

Another healthcare facet for deep learning to disrupt is paediatric care, particularly paediatric brain disorders. Because of the complexity of brain development at young ages, diagnosing specific brain conditions can be a long and arduous process for clinicians, often leading to misdiagnoses as ‘normal brain maturation’ or unnecessary follow-up testing. 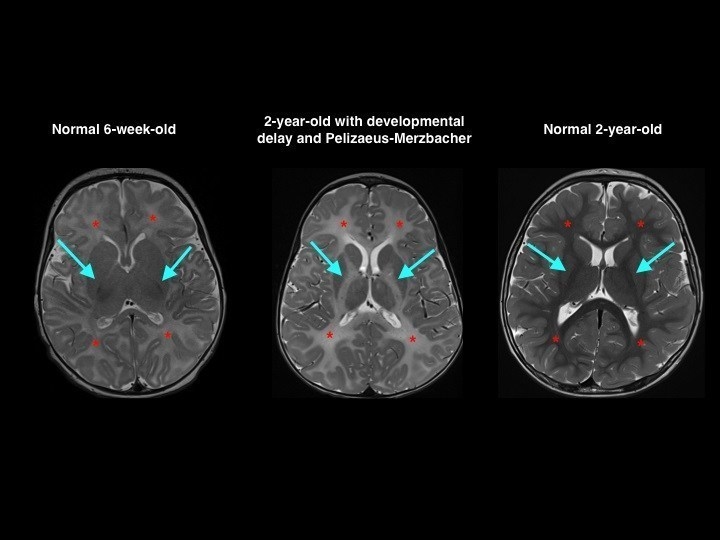 This week,  collaborators GE Healthcare and Boston Children’s Hospital revealed their intention to disrupt this process through the production of ‘digital tools’ to aid in brain disorder diagnosis.

The first of these tools will be a platform capable of providing real-time contextual information to radiologists to aid in the analysis of brain scans. The platform will be pre-loaded with brain MRI scans from paediatric patients to act as a reference database for radiologists with the intention to improve decision making.

The tool will leverage the GE Health Cloud – GE’s cloud platform for dealing with healthcare data – and will integrate knowledge provided by Boston Children’s Hospital’s radiologists.

Eventually, GE is looking to create a library of deep learning tools in its Health Cloud similar to what it creates with Boston Children’s Hospital.