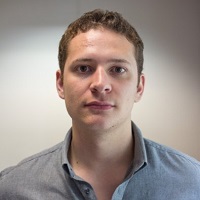 Apple is stepping up its presence in health, with news emerging that it is working on a diagnostic app for one of the most common neurodegenerative disorders, Parkinson’s disease.

MobiHealthNews has published a series of ‘scoop’ articles which show Apple has been talking extensively with the FDA about a variety of projects, including an app capable of diagnosing the disorder.

The publication gained access to extensive emails exchanges between Apple and the FDA’s associate director of digital health, Bakul Patel, by filing a Freedom of Information Act request with the US regulator.

Apple launched the ResearchKit app in March 2015, enabling real world evidence to be gathered by iPhone users, allowing them to contribute to studies being conducted by a wide range of academic institutes. Examples include the Share the Journey app, which track symptoms such as fatigue and mood in cancer patients, and was developed by the Dana-Farber Cancer Institute, Penn Medicine, Sage Bionetworks and UCLA’s Jonsson Comprehensive Cancer Center.

Apple is now exploring developing an app that goes one stage further, and actually helps diagnose a disease, Parkinson’s to be precise.

To be known as the ResearchKit PD app, the software would be a major step forward for Apple’s healthcare ambitions. But what level of regulation and approval would be needed is a key question – hence the extensive communication with the FDA.

In parallel, it is also understood to be developing a telehealth app, which would allow doctors and nurses to track a patient’s condition between visits.

Aimed at helping track symptoms of the condition, the app includes a number of activities, such as memory games, finger tapping and voice recording, to understand disease progression.

A number of other companies are also invested in the monitoring route, including the National Parkinson Foundation with its Parkinson’s Toolkit app (which was developed with help from Teva, Ipsen and UCB) and Roche Pharmaceuticals, which is currently using its app in a phase 1 trial run by Prothena. Both apps take advantage of intricate smart-device technologies such as gyroscopes, pedometers and microphones to conduct common Parkinson’s tests like dexterity and voice tests.

However, unlike the proposed solution in development by Apple, none of the aforementioned apps are diagnostic tools – tight regulations being the major obstacle in the way of creating such a platform.