The biggest pharma stories of 2016 so far

As we enter the home straight towards the end of 2016, Andrew McConaghie looks at the some of the most important events of the pharma and biotech year to date. 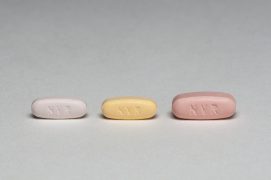 In February, Novartis struck a ‘pay-for-performance’ deal with two US health insurers for its new chronic heart failure drug Entresto.

The agreement is very much a sign of the times – it is no longer enough for a big pharma company to develop a major new product with impressive phase 3 data. Payers are increasingly demanding proof of health benefits in the real world and savings to the system, and Entresto will be a test case for this emerging trend.

The deals with the US health insurers, Cigna and Aetna, also show the growing bargaining power of these payers.

While the finer details of the deals have been withheld, it is clear that Entresto will need to match the results from its pivotal PARADIGM-HF trial. This showed that Entresto reduced cardiovascular death by 20% compared to standard ACE inhibitor enalapril, while cutting sudden death by 19%, death from any cause by 16%, and hospitalisation by 23%.

Novartis agreed to a base price and a small rebate, which will then rise or fall depending on the numbers of patients hospitalised and the related savings to the health insurer.

Chief executive of Novartis’ pharma division David Epstein at the time predicted that this sort of deal would become “more and more popular in the US and around the world”.

This certainly looks to be the case – England has also just launched its ‘managed access fund’ for cancer drugs which monitors real world performance. But there are serious reservations on both sides about how risk can be effectively and fairly shared, and whether the deals provide enough benefits to offset their administrative complexity.

It was late last year when Valeant was first compared to Enron, the notorious US energy company which imploded in 2001 after building its business on massive and sustained fraud.

In October 2015 the company was accused of misleading auditors and investors by concealing its links with mail-order pharmacy Philidor, a relationship said to have helped boost sales of its drugs.

Since then, the company has been stumbling from controversy to crisis. In March, CEO Michael Pearson, seen as the chief architect of its growth-at-all-costs strategy, was forced out and Joseph Papa was brought in to steady the ship.

Then, earlier this month, US federal investigators confirmed that the allegations of fraud would be formally investigated, sending Valeant’s share price crashing once again.

It’s unclear whether Papa and the company’s board will be able to salvage the business, but its story already provides a salutary lesson on the dangers of profit-focused corporate misadventure in pharma.

In April, Pfizer and Allergan abandoned their $160 billion merger after the US Treasury intervened with new tax rules, which effectively scuppered the ‘tax inversion’ deal.

While both companies hit out at the Treasury’s move, which was clearly aimed at blocking their deal, both firms have quickly moved on to their respective Plan Bs.

The US government move looks to have closed the tax inversion loophole for pharma, forcing Pfizer and Allergan to seek more conventional ways to generate growth. Pfizer may also have shelved its plans to break up its business (which would see generics divisions spun out from its patent-protected business). It has just re-emphasised its pedigree for M&A, however, with the $14 billion takeover of Medivation.

Allergan’s CEO Brent Saunders has since distanced the company from mega-mergers, instead making a relatively modest investment of $95 million in acquiring an ophthalmology specialist ForSight Vision.

4. The FDA and the Duchenne’s dilemma

While the US FDA has been in a hurry to approve some drugs, the regulator has dragged its heels in deciding the fate of Sarepta’s eteplirsen.

If approved, Sarepta’s drug would be the first drug available in the US to treat Duchenne’s muscular dystrophy, but in April a panel of independent experts voted 7 to 3 (with three further abstentions) against recommending its approval.

The panel ruled that Sarepta’s clinical trial was flawed, and hadn’t demonstrated efficacy in slowing the progress of the disease in the 12 patients studied.

But the FDA is on the horns of a dilemma: it needs to be seen to help patients and families in urgent need of new treatments – but must also preserve standards of minimum efficacy and safety in approved drugs.

In June, it emerged that the FDA had agreed a plan with Sarepta which could secure the drug’s approval. Sarepta has now agreed to submit additional clinical data which should confirm that eteplirsen can help produce dystrophin, the muscle-lubricating protein missing in Duchenne’s patients.

Nevertheless, the timeline for the FDA’s decision remains unclear – highly unusual for the regulator – and scepticism remains about the viability of Sarepta’s drug.

The FDA’s Breakthrough Therapy Designation first came into force in July 2012, and it has spearheaded a shift towards accelerated drug appraisals, greater use of surrogate endpoints, and conditional approvals.

This move has been mirrored by regulators in Europe and Japan, with the same aim of allowing treatment to reach patients with life-threatening conditions faster.

However approving drugs with far less data – and depending on new mechanisms such as conditional approval and real-world data – has generated problems for payers, most particularly cost-effectiveness watchdogs.

This was most clearly illustrated in August when Germany’s clinical and cost effectiveness watchdog the Institute for Quality and Efficiency in Health Care (IQWiG) produced an eye-catchingly critical appraisal of an initiative from Europe’s drug regulator the EMA.

Currently in the pilot project phase, the Adaptive Pathways concept centres on drugs being rapidly licensed in a small patient population with high unmet medical need first, with further studies subsequently determining whether they are safe and effective in broader populations.

While there has been considerable enthusiasm for the system in pharma, IQWiG expressed serious doubts: “Evidently neither industry nor EMA has a concept as to how real-world data can be used after drug approval to allow drawing reliable conclusions on benefit and harm.”

In the US, the 21st Century Cures legislation proposes to speed up the regulatory process even further. But the FDA’s new commissioner Robert Califf has made clear his concerns that the proposed new laws could undermine patient safety if not carefully drafted.

“Innovative therapies are not helpful to patients if they don’t work, or worse, cause harm,” said Califf in a speech in May. 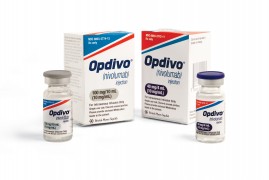 Undoubtedly one of the most surprising developments so far this year was the failure of Bristol-Myers Squibb’s (BMS’s) Opdivo in a key lung cancer study.

Opdivo (nivolumab) has been hailed as the flagship PD-1 cancer immunotherapy, a new standard treatment for non-small cell cancer (NSCLC) and many other tumour types – but a miscalculation by BMS has let its rivals back into the race.

Theranos, the company which promises to revolutionise the world of blood testing, is facing criminal allegations of misleading investors about its technology and business.

The privately-held company has been under scrutiny since October 2015, following the Wall Street Journal’s reporting of the news that the FDA had ordered it to stop using its patented ‘nanotainers’ – the core apparatus involved in its technology.

The company is accused of, in fact, rarely using its Edison testing equipment to analyse blood samples, instead opting to use traditional machinery to test most blood samples and, in April, federal investigators confirmed a probe.

In July the company appointed new executives and set up stronger corporate governance measures for its regulatory, quality and compliance departments.

Founder and CEO Elizabeth Holmes has also recently tried to woo investors with a presentation on its future strategy. However Holmes has already been banned from the blood-testing field by US federal regulators for two years – a move which could force the company to completely re-focus its business, or see her departure.

8. A victim of its own success: Gilead searches for next big growth area

The success of hepatitis C drugs Sovaldi (sofosubivir) and Harvoni (sofosubivir + ledipasvir) is unparalleled in pharma, having transformed treatment of the disease, and changed Gilead from a mid-sized specialist into a pharma industry giant.

But now growth in hepatitis C has reach a plateau, and the company’s investors want it to repeat its success in another field. Read more here. 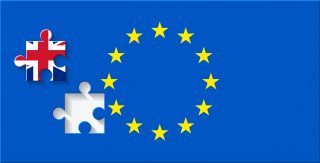 While pharma and biotech in the UK and the rest of the world came out firmly against the UK leaving the European Union (EU), the British public voted otherwise on 23 June.

But though the immediate reaction from markets was one of panic, sentiment has stabilised, and UK pharma leaders such as GlaxoSmithKline’s (GSK’s) Sir Andrew Witty and AstraZeneca’s (AZ’s) Pascal Soriot are facing up to the task of dealing with the consequences of the vote.

These consequences are, however, far from clear at the moment. Some even believe that the UK won’t actually leave the EU, with new Prime Minister Theresa May in no hurry to ‘push the button’ on Article 50, which starts a time-limited period of negotiation.

Pharma has done its bit to help stabilise the country’s economic and business outlook in the immediate aftermath of the vote – both GSK and AZ have reaffirmed their long-term commitment to the country, and GSK announced investment in three UK manufacturing sites.

Theresa May has promised an explicit industrial strategy for the UK, but it remains to be seen if pharma will emerge a winner from this, and the Brexit fall-out. Read more here. To many observers, Brexit still looks likely to be a messy and prolonged period of complex negotiations, with potential for upsides more than equally balanced by potential for confusion, delay and a less favourable position for the UK in the long term. 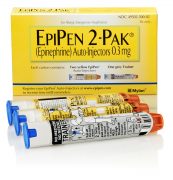 Mylan has promised to cut the cost to some US users of its EpiPen drug, after Hillary Clinton joined criticism of its repeated price rises.

The company has raised the price of the potentially life-saving treatment for allergic reactions more than 400% in less than 10 years, and is now the target of media and public anger.

Pharma pricing became one of the biggest national political issues in the US last year, with media reports showing companies across the board increasing prices well above inflation year after year.

Most notorious of all was Martin Shrkeli at Turing Pharma, who raised the price of Daraprim by 5000% – but ‘mainstream’ pharma was able to distance itself from his maverick behaviour.

Mylan is, however, a more conventional company, and not alone in raising its prices without any obvious justification.

Democratic presidential candidate Hillary Clinton created huge waves for pharma and biotech last year when she vowed to clamp down on ‘price gouging’, and has this week reiterated her pledge.

Clinton has described Mylan’s behaviour as “outrageous” and “just the latest troubling example of a company taking advantage of its consumers”.

The firm has also been criticised by actress Sarah Jessica Parker, famous for her role in Sex & The City, who had previously endorsed EpiPens in connection with her son’s peanut allergy.

Parker said she was ending her association with the firm, and called on it to lower its prices. The latest backlash shows that opposition to huge pharma price rises isn’t going to go away, making it a major issue for the industry, whoever wins the US presidential election in November.

Read the latest on the story here.