The technology known as CRISPR/Cas9 has been described as the 'holy grail' of genetic engineering, and has become the hottest research area because of its potential to cure many diseases by 'editing' DNA.

It is still early days for CRISPR/Cas9, but the race is on to see who can be first to develop a therapy based on the technology – and AstraZeneca (AZ) says it is in pole position.

The firm has established an alliance with some of the leading academic centres in the field, including the Innovative Genomics Institute (IGI) and Jennifer Doudna, one of the academics credited with the discovery of CRISPR/Cas9's gene-editing potential. 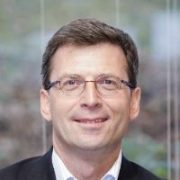 Addressing a meeting of biotech researchers in Oxford in the UK, Mayr said his firm was ahead of rival ventures, such as the Google- and Bill Gates-backed Editas Medicine.

"We started three years ago, by luck" revealed Mayr, saying the firm was approached by pioneers in the field. He even admitted he was "not a believer" in the technology at first, but said he was now thoroughly convinced.

"We really think this is transformative," he told the Oxford Biotech meeting.

Mayr cautioned that there was still a great deal of work to be done to refine the technology, and stressed that its first application would be as a drug discovery and development tool.

In January this year AZ announced its partnership with US institutions the IGI, and Broad Institute/Whitehead Institute, the Cambridge, UK-based Wellcome Trust Sanger Institute, and leading reagent and instrument provider Thermofisher Scientific.

The firm is looking to re-establish its R&D credentials after a long barren spell, and believes its 'open science' collaborations with academic leaders will give it the edge.

Mayr said its three years of work, top collaborators and scale of its investment puts it in the CRISPR/Cas9 vanguard.

"I think we have a world-leading position," he concluded.

AZ is the only big pharma company to have announced in-house CRISPR/Cas9 research, though others have invested in cutting-edge biotech firms. Celgene is backing CRISPR Therapeutics, while Novartis has a stake in Intellia Therapeutics, and is also funding Caribou Biosciences.

The most hotly tipped of the biotech firms is Editas, which has just secured $120 million in private funding. The Cambridge Massachusetts-based firm has not only the financial backing of Google and Bill Gates, but has also signed a development deal with Juno Therapeutics, leaders in another 'next big thing' in biotech, CAR-Ts.

While other big pharma firms are taking the wait-and-see approach to CRISPR/Cas9, allowing biotechs to tackle the many technical hurdles first, AZ has built its own research team. Mayr says its approach is something that "even Editas couldn't top".

AZ's strategy is risky, but one which could pay off, allowing it to progress towards therapeutic projects faster.

The idea of injecting a CRISPR/Cas9 molecule into the body to fix a genetic flaw remains a distant prospect, but techniques of editing DNA of human cells outside the body and reintroducing them are being investigated.

Mayr divulged that AZ is already working on a therapeutic programme.

"We have a gene-editing, gene repair programme underway," he said, but added "it's early days, we have a long way to go."

Asked by pharmaphorum about further details – the therapeutic area being investigated and any development milestones – Mayr remained tight-lipped, citing the fierce competition in the field.

Editas is currently seen as the most advanced in developing a potential therapy, but has not progressed to clinical trials. Alongside CRISPR/Cas9, the firm is developing another gene-editing technique TALENs (transcription activator-like effector nucleases).

The most obvious targets are single gene disorders; Cas9 nucleases work like enzymatic 'scissors' and could be made to simply snip out the offending DNA sequence, and even replace it with a new functioning one.

Mayr's first task is to use CRISPR/Cas9 alongside other discovery platforms to raise AZ's R&D success rate, reflecting an industry-wide problem where most new molecules fail in phase II or phase III.

The firm is using the technology to support in-vitro and in-vivo models in target discovery and validation, hit discovery, lead optimisation, DPMK and safety.

But a breakthrough therapy using CRISPR/Cas9 is the ultimate prize, and one which AZ believes it is well-placed to seize. If it succeeds, its new R&D strategy will be vindicated, but it must first solve the many technical challenges of the field faster and better than its biotech rivals.

JP Morgan: 2015 set to be a big year for advanced therapies