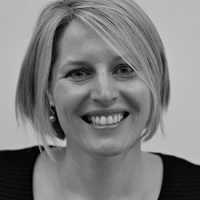 Following medical conferences on Twitter via specific hashtags has become an essential way for many to enrich their congress experience. In addition, watching the Twitter feed is often the only way for the many others who are unable to attend to get the most important news from the event.

Some congresses are thus beating records on Twitter year on year, in terms of overall numbers of tweets and participants.

It is not enough, however, to measure the sheer volume of tweets exchanged using the hashtag. We need to dig deeper and look at the quality of the conversation, engagement and relevance of the audience as well.

We compared and segmented the tweets during ASCO, the annual meeting of the American Society of Clinical Oncology versus ECTRIMS, the main congress of the European Committee for Treatment and Research in Multiple Sclerosis in 2015 (Figure 1). 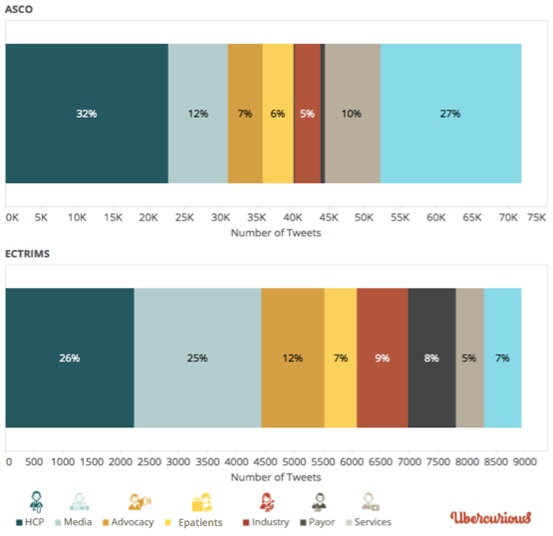 Figure 1. Segmentation of tweets at ASCO and ECTRIMS congresses in 2015.

The segmentation data shows that, despite the ASCO hashtag conversation being eight times bigger than ECTRIMS’ (72k vs 9k tweets), both congresses featured strong participation, with roughly 30% of engagement coming from healthcare providers (HCPs). This is important because many organisers still believe that, as medical societies, their mission is, first and foremost, to serve their members and not to spread and share scientific advances with the entire world. These high proportions of HCP participation should thus reassure them that many of their members do, indeed, appreciate the value and relevancy of the Twitter hashtag conversation during their conferences.

Unfortunately, the next-largest segment of the ASCO tweets – 27% – came from null or low-quality accounts (null accounts are those that could not be segmented because they did not have sufficient information in their profiles or tweets. Low-quality accounts are those that can be clearly identified as spam or click-farming accounts). In contrast, these made up only 7% of tweets at the ECTRIMS event.

Segmenting ASCO tweets for previous years reveals that, ironically, this large number can probably be attributed to the much-envied high volume of tweets during ASCO in 2015 (Figure 2). 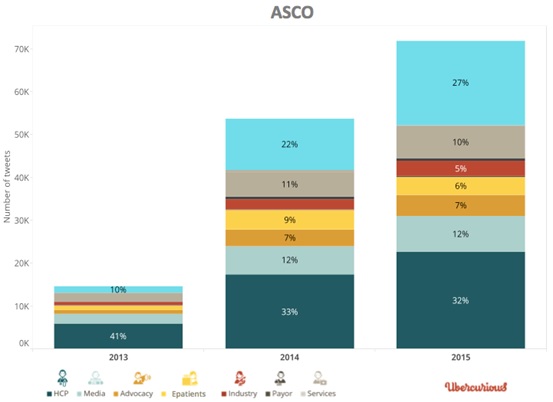 So is ASCO merely a victim of its own success? Do conference organisers like ECTRIMS have to simply accept the fact that low-quality accounts will leech on to their hashtag as the volume of discussion grows?

Fortunately there is another hypothesis:

In 2014 many pharma participants tried Twitter promoted tweets using the ASCO hashtag for the first time. In my previous article, I explained that over 70% of the retweets and mentions of those promoted tweets were from click-farming accounts.

In order to maintain the high quality of the engagement and conversation online, congress organisers should:

1. Issue guidance advising against the use of promoted tweets using their hashtag or targeting their participants.

2. Closely measure and monitor their hashtag conversation for quality and relevance.

3. Actively participate, facilitate and manage the conversation via their own handles.

5. Allow the community, especially patient advocacy groups, to step in, self-regulate and moderate their discussions.

Both ASCO and ECTRIMS have demonstrated that they see the Twitter conversation as a tool to enhance the quality of their conferences, but they need to take more responsibility for their hashtags. Unfortunately a ‘laissez-faire’ attitude will not be enough to ensure the success of their congresses on Twitter in the future.

Silja Chouquet helps organisations embrace patient empowerment. For the past 10 years she has researched patient needs by analysing their conversations in online communities, Twitter and Facebook.

She consults for companies via her agency Whydot and is also an entrepreneur at Ubercurious, a social media research start-up, which generates insights by combining traditional research approaches with novel data visualisation techniques.