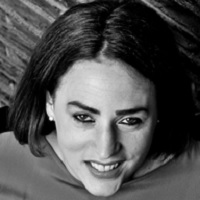 From clinical trial verification, to anti-counterfeiting, to the integrity of medical appointments, blockchain promises many uses in pharma and healthcare.

What’s the most innovative healthcare technology you have never heard of? It’s called the blockchain. The blockchain is not a pill or a medical device, nor even a piece of fashionable wearable technology. In fact, it is a system that was designed to allow digital currencies, such as bitcoin, to function. This technology makes it possible to remove – or, in financial terms, ‘disintermediate’ – the middleman from transactions, creating a trusted peer-to-peer network for sharing information and value.

So what does this bit of financial technology – akin to a giant spreadsheet of transactions or a distributed ledger – have to do with healthcare and transforming the pharma industry? As it turns out, the answer is quite extensive.

Blockchain technology is already being investigated as a way of improving many aspects of healthcare – from the way clinical trials are conducted, to improving the supply chain for pharmaceuticals, to reducing the risk of counterfeiting, and much more.

So how does it work in practice?

As software developers have continued to discover new applications of bitcoin’s underlying blockchain technology, above and beyond simply creating a payments network, one of the major breakthroughs is in the field of drug development and testing.

Clinical trials, though vital, have seen their integrity and transparency come under increasing scrutiny in recent years. In order to create a system that could ultimately prevent pharma companies and researchers from tampering with clinical trials data, University of Cambridge researchers have created a blockchain-based system to independently verify clinical trial protocols, as specified by those conducting the study.

The key to making this work is the immutability of the blockchain; in other words, once something has been recorded on the system, it will be stored there permanently and is available for all to see. The Cambridge University proof of concept is therefore designed to make sure that those conducting research are not deviating from the actual trial, by making modifications to the protocol after conducting the tests, in order to match with a desired outcome.

Using such a system would help meet the requirements of the Helsinki declaration that requires all clinical trials to be recorded and published on a publicly-accessible database, while preventing data manipulation practices that can undermine the integrity of published research. Given that the process is cost-effective and can be automated, it is highly likely that we will see both pharma companies and academic researchers taking advantage of blockchain-based clinical trials in the future.

But clinical trials are just one area where blockchain technology is bringing new innovation into the healthcare sector. The problem of counterfeit medicines entering the supply chain has long been a thorny issue for the pharma industry. Despite innovations such as RFID tagging, unscrupulous actors have still been able to find ways to get around supposedly secure packaging and allow fake or sub-standard medicines to reach patients – at a significant cost both to the industry and, most importantly, to patient safety.

Yet now members of the Hyperledger project, which is run by the Linux Foundation and major blue-chip technology companies including IBM and Cisco, is seeking to build an open-source repository of blockchain code that will address current gaps in the technology. The proposal would create a trusted record of the provenance of drugs, allowing companies to be able to say definitively that a specific packet of medicines has come from a particular factory. If successful, the project would go a long way towards weeding out rogue manufacturers, as well as those which are failing to meet expected safety and manufacturing quality standards.

Tese are just two important examples of how blockchain applications are set to revolutionise the pharma industry, but they are not the only ones. Blockchain start-ups are looking at a host of other innovations right now, including the integrity of medical appointments, patient compliance, speeding up healthcare insurance claims processing, creating universal health identities and even genomic data management. The ability to create a trusted peer-to-peer relationship combined with the opportunity to exchange information and value opens up a wealth of possibilities.

On a day-to-day basis, in future blockchain technology will benefit patients interacting with healthcare systems by reducing waiting times and eliminating complex and repetitive registration processes. It will reduce paperwork and overheads, too, by providing transparent and immutable personalised healthcare records that can be accessed from anywhere in the world.

Still not convinced that a giant database originally designed to record bitcoin transactions can change the future of healthcare? Now that you have heard of the blockchain, you will start to see it mentioned everywhere and, if you take the time to understand it, you will start to acknowledge its revolutionary potential.

Helen Disney is the Founder of Unblocked, a Blockchain events and information platform. Previously she worked at the Bitcoin Foundation as head of outreach and events.