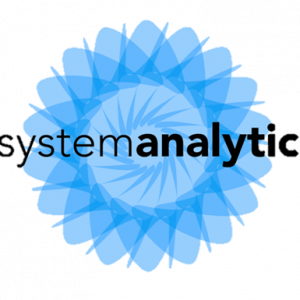 The process of discovering HCPs who are leading key opinion leaders (KOLs) in emerging and growing markets is not as straightforward as it is in other countries.

When identifying KOLs within emerging markets, the need to conduct solid, primary research becomes paramount.  Relying solely on the typical quantitative methodologies such as examining publications, citations, clinical trials, guideline development committees, etc., often yields low numbers of experts for several reasons. For example, the correlation between quantitative activity and influence is less clear in emerging markets than it is in more established markets. We often come across cases where highly influential KOLs in an emerging country may not have published anything for several years. It’s also not always possible to access quantitative data in emerging markets with enough robustness and clarity to give you an objective and unbiased viewpoint.

An important component of identifying KOLs in emerging markets is to therefore work with primary researchers who are not only native speakers of the languages but also have an understanding of the health and social structures within that country. Such researchers can be very effective in engaging with leading KOLs in these markets and build relationships that can give you tremendous insights. Being based within the same countries as KOLs, these primary researchers not only speak the same language, but they also understand the significant cultural nuances which play a major role in how KOLs engage with one another.

The nuances of each country also affect the process of identification. For example, in some markets most emerging KOLs are unwilling to participate in KOL identification research or peer review interviews unless their senior mentors are interviewed first.  They may also be sceptical and less inclined to work with vendors who do not have a presence within their country.  Building rapport with KOLs in these countries as well as engaging in direct conversations with them adds much more value than simply cold-calling or conducting email surveys.

Speaking with top global KOLs in established markets and asking them about their perspectives on who they believe to be leading KOLs in emerging markets is of some value, and something we regularly do, but such KOLs often comment on how difficult it is for them to accurately find and engage with emerging market KOLs. It’s also important to note that in some markets, there is a significant presence of expatriate physicians who often occupy senior leadership roles in leading hospitals. Therefore, the identification of KOLs in those countries may actually involve research and engagement with such physicians, and their inclusion in KOL lists may be entirely normal.

Emerging growth markets represent significant areas of interest for pharmaceutical companies, and they come with their own challenges in the context of identifying KOLs and mapping the influence landscape. But by taking a very focused view and applying methodologies designed specifically for such markets, it is possible to map the KOL landscape accurately and objectively.