Fitbit Ionic, the wearable firm’s Hail Mary attempt to claw back interest in its products, has so far failed to have its desired effect as mediocre reviews have led to a fall in share prices.

As well as being its first venture into the smartwatch market, the product is intended to be Fitbit’s initial steps into the healthcare arena, moving away from the wellness features faltering in their ability to pull in new customers.

But as lukewarm reviews have come in over the past five days, the company has seen a drop in share prices of almost 8%. 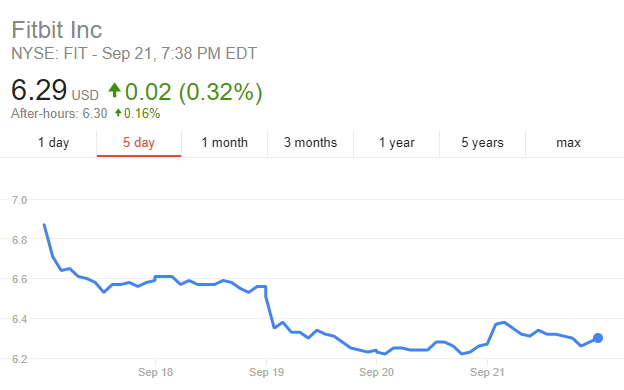 The drop in share prices almost completely wipes out the 10% increase seen following the unveiling of the Ionic last month.

Reviews have focused mainly on consumer aspects of the Ionic, highlighting an apps library containing a sparse selection of third-party apps and limited notification capabilities.

Its more health-focused capabilities are receiving a generally good reception, outside of its blood oxygen sensor which won’t be available until product launch. The device could therefore still remain a legitimate future option for clinical experimentation, akin to how the firm’s fitness trackers have been used in trials in the past.

Since then, it has been ousted as the leader in worldwide wearables by China’s Xiaomi and lost major ground to its direct smartwatch competitor Apple.

Although due for US, UK and Australia release next month, lacklustre pre-release reviews can have a major impact on sales. Bad news for an upcoming period that could prove make-or-break for Fitbit.

Health tech and digital transformation lessons from the NHS