After a rocky few months that saw a poor Q4 and the shedding of 110 employees, Fitbit stocks rose for the first time in 18 months thanks to a better than expected first quarter.

The company’s performance during the quarter was actually poor – compared to Q1 2016 figures, revenues dropped by around 40% to $299 million, along with a 4% drop in selling price per device and a net loss of $34.4 million.

However, this was above analyst expectations, and this was thanks to new generations of products, including the Charge 2, Alta HR, and Flex 2. Fitbit produced better revenues than expected, raking in $18 million above analyst predictions. Share price also fell by 15 cents – lower than the projected 18 cents. 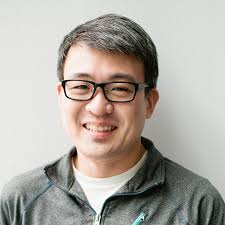 “In the ten years since Fitbit was founded, we have transformed the wearables category with more than 63 million devices sold, over 50 million registered device users, and a global retail footprint of more than 55,000 stores,” said Fitbit CEO James Park in a statement.

“While 2017 remains a transition year, we have executed on our restructuring plan and are focused on positioning the company for the next stage of growth within wearables and connected health.”

That growth is likely to come from two distinct pathways – employee wellness programmes and the smartwatch market.

“Employee wellbeing, which includes not only physical health but also social connectedness is increasingly becoming critical to overall corporate business strategy,” said Park, as reported by MobiHealthNews. “Wearables and connected health and fitness devices play directly into this trend and employers are increasingly taking notice and subsidising these options.”

In terms of the company’s forthcoming smartwatch, Park cites the device’s focus on practicality, its long battery life, and being connected to one of the largest fitness social networks in the world, as being key drivers to its success in the market.

Despite the upswing in stock price however, Fitbit has a lot of work to do before it returns to its best days. When the company first entered the stock market two years ago, its stock price soared to $51, compared to today’s much more modest $6.