An experimental artificial pancreas (AP) system that does not need any input from its user has shown promise in an early stage trial.

APs are being hailed as the next frontier in type 1 diabetes management, combining a continuous glucose monitor, an insulin pump and AI algorithms to automatically control blood glucose levels.

Existing devices on the market are making steps toward a fully automatic AP. The leading device is the Medtronic MiniMed 670G,  hybrid closed-loop’ system, the MiniMed still requires its user to request extra insulin at meal times.

Other AP developers have created ‘closed loop’ devices which automatically adjust insulin at meal times whilst further APs capable of delivering both insulin and its counter-hormone, glucagon, are in the pipeline.

What all of these devices have in common though is the need for the user to enter carbohydrate estimations.

Now, an experimental AP goes a step further and does not require any input from the user at all.

In a multi-site trial led by the Harvard John a. Paulson School of Engineering and Applied Sciences (SEAS), 30 type 1 diabetes patients were given an experimental AP system consisting of a Roche Accu-Check insulin pump, Dexcom G4P continuous glucose monitor, and a smartphone.

The smartphone was embedded with an advanced control algorithm which determined the amount of insulin to be delivered. It also passed this data to a cloud-based server to allow for remote monitoring by clinical experts.

According to a statement, the improvements were due to the algorithm system used being based on model-predictive control (MPC).

Rather than attempting to regulate blood glucose to a specific point, akin to how a thermostat regulates temperature, the MPC system targeted an acceptable range, controlling insulin to keep blood glucose levels within that range.

The algorithm also included ‘adaptive’ components that would learn from repeated daily cycles, improving its basal and bolus insulin control over time. 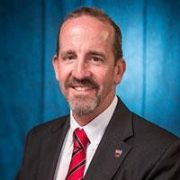 “This is by far the longest duration trial we have conducted, and it is a testament to the robustness of the algorithm that our key performance indices were maintained from our earlier, shorter trials,” said Frank Doyle, professor of Engineering & Applied Sciences at SEAS. “Moreover, we took a disciplined group that had very good overall HbA1c levels before the trial, and we brought the group level even lower.”

Adaptation recommendations were reviewed by experts and were manually overridden only 10% of the time. No adverse events were reported.