New UK regulation seeks to clarify and extend the Government’s powers to regulate the cost of medicines and medical supplies and to collect sales and pricing information from pharma. Charlotte Tillett and Astrid Arnold outline the aims and implications of the new drug pricing legislation, the Health Service Medical Supplies (Costs) Act 2017. 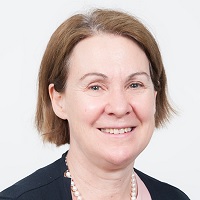 The UK’s Health Service Medical Supplies (Costs) Act 2017 obtained royal assent on 27 April in the process known as the ‘wash up’ – wherein legislation is rushed through before a general election.

The Act, which has broad cross-party support, clarifies and extends the Government’s powers to regulate the cost of medicines and medical supplies and to collect sales and pricing information. Its primary purpose is to limit the NHS’s spiralling drugs bill: NHS spend on medicines is estimated to have been over £15.2 billion in 2015-16 and, as Secretary of State for Health, Jeremy Hunt, stated, these costs can “only continue to grow”.

The Act has three key aims. First, it will allow the Government to ‘beef up’ the statutory price regulation scheme for branded medicines, bringing it more in line with the voluntary Pharmaceutical Price Regulation Scheme (PPRS). Second, it will enable the Government to step in to control dramatic price increases in unbranded generics, an issue which has attracted considerable adverse media attention recently. Third, it will create a comprehensive statutory power to require sales and other information from manufacturers, distributors and suppliers at all levels of the supply chain.

Currently, the PPRS covers approximately 80% of branded medicines sales to the NHS. It is a voluntary scheme negotiated between the Department of Health and the Association of the British Pharmaceutical Industry (ABPI), whereby the industry agrees to a variety of measures to control prices and spend. Chief among these is the PPRS payment mechanism, whereby members make payments ‘back’ to the NHS if growth in NHS spend on branded medicines supplied by PPRS members exceeds an agreed percentage. Despite this, the PPRS has not been as successful as the Government hoped in delivering savings to the NHS, thought to be partly because some companies have chosen to move their products out of the PPRS into the alternative statutory scheme, which does not include such payments back, resulting in lower savings for the NHS. The new Act will enable the Government to introduce a payment back into the statutory scheme, with the intention of levelling the playing field between the two schemes and discouraging movement out of the PPRS.

Draft regulations on the new statutory scheme have been published, which are subject to consultation. These include a payment back of a fixed percentage of sales income from relevant medicines. This differs from the payment mechanism in the PPRS in that the payment represents a percentage of both old and new products; under the PPRS, to encourage innovation, products containing new active substances launched after 31 December 2013 are excluded.

The draft regulations do not contain any figures, but this point suggests that the statutory scheme will be less attractive to companies with larger portfolios of new products.  It remains to be seen how the two schemes will eventually compare overall and whether, in the long run, two separate schemes will be maintained.

Unbranded, generic medicines fall outside the PPRS and statutory schemes. Reimbursement prices for generics (i.e. the price at which pharmacists dispensing on NHS prescriptions are reimbursed) under the NHS Drug Tariff are generally set by reference to market prices. However, this relies on there being competition in the market.

Recently, the media has highlighted a number of instances where, in the absence of competition, the price of an old generic drug has been increased dramatically. Examples include the anti-epilepsy drug phenytoin sodium, the price of which was reportedly increased by up to 2600%, and hydrocortisone tablets where the price of generic 10 mg tablets are reported to have been increased by more than 12,000%. Both have been subject to investigation by the Competition and Markets Authority (CMA)[1].

The new Act gives the Government broad power to control the price of unbranded generics and should enable it to step in when an unreasonable price is being charged. This closes a ‘loophole’ in the existing legislation that barred it from controlling the prices of unbranded generics supplied by companies that were members of the voluntary PPRS. The circumstances and manner in which the Government will intervene, and what will be regarded as an unreasonable or excessive price, will be consulted on.

The Act provides extensive statutory powers to require manufacturers, distributors and suppliers of branded and unbranded products to record and supply pricing and sales information. An issue here is that much of the information on generic prices used in setting the reimbursement price is currently provided on a voluntary basis, and not all manufacturers and suppliers participate. The Government’s view is that collection of accurate and comprehensive pricing information, including in relation to discounts, should enable a more accurate reimbursement price to be set. It may also result in the Department of Health becoming aware of any unfair pricing practices at an earlier stage.

The information which can be required is, however, detailed and extensive and goes beyond prices to revenues and profits, including costs in making those profits, such as manufacturing, distribution and supply costs. Some have argued that the provision of this level of information will be unfairly onerous. Among other things, the published draft guidelines provide for quarterly returns to be made in respect of unbranded generic products covering prices and quantities, including the identities of buyers and sellers and the terms of any discounts, as well as for information about manufacturing, R&D and operational costs to be recorded and supplied on request.

Obligations to provide information also apply to medical supplies. During the passage of the Bill, considerable concern was expressed that the information requirements could prove onerous to the medical technologies sector, which is dominated by small and medium-sized companies. The draft regulations allow small producers – with a total UK turnover of £5 million or less – to provide the information as pre-existing documentation, including invoices, rather than in a form specified by the Secretary of State in relation to other companies.

Implications of the Act

So, the detail of how the Government will exercise the powers granted in the Act is subject to discussion. What is clear at this stage, though, is that this very short Act has the potential to introduce significant change. All eyes will be on how the balance between the statutory and voluntary pricing schemes for branded medicines evolves in future, and on the approach the Government takes to control excessive generic prices – specifically, how an excessive or unfair price will be identified.

The information requirements are equally important. An MP commented during the passage of the Bill: “We cannot underestimate the importance of having more consistent, viable and useful information gathering, because information is power.”

Life sciences companies must now engage during the consultations on the new drug pricing legislation regulations which will govern that power to ensure that legislators and Government understand their legitimate needs on price.

[1] In the first case the Competition and Markets Authority (CMA) issued an infringement decision and the case is currently under appeal to the Competition Appeal Tribunal, and in the second the CMA has not yet issued a decision.

Charlotte Tillett and Astrid Arnold work at Stevens & Bolton LLP. Charlotte is IP Partner and Head of Life Sciences, and Astrid is a Professional Support Lawyer.

Standing on the cusp of something great: How real-world data is poised to transform cancer care