The adage ‘do more with less’ is of increasing relevance to global economies, with governments under pressure to cut and compress public spend yet simultaneously increase both productivity and efficiency.

This situation has become even more pressing in the years since the financial crisis, with healthcare one of the most dominant of casualties. In the period prior to the crash from 2003 until 2008, average growth in healthcare spends within the top five European countries was 7%. That figure fell to just 3% from 2008 to 2012.¹

Of course, funding has always been a politically-charged issue for healthcare, but as treatments continue to move from low-cost, large-scale primary care, to targeted, smaller-scale specialist care and precision medicines, it is an issue that needs addressing rapidly.

In the hope of kick-starting the conversation and encouraging meaningful action, several life sciences companies – in partnership with the Boston Consulting Group – have produced a white paper as the focus for round table discussions at the upcoming DIA Euromeeting 2017. The paper calls for all healthcare stakeholders to enter the dialogue in a bid to solve the growing funding problem. 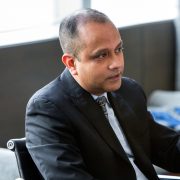 “Ageing populations are reducing tax revenues and putting healthcare systems under additional stress,” says Indranil Bagchi, Vice President and Head of Payer Insights and Access at Pfizer, and co-author of the paper. “The result is that the allocation of public funding to health systems hasn’t kept pace with the need, and that’s a major disconnect.”

This disconnect between ‘need’ and ‘reality’ becomes particularly acute as drug development continues its shift from primary care to specialist care – and it’s likely to be felt most by patients themselves. “Essentially treatment might be delayed, or patients may be denied access to life-saving treatments altogether,” says Indranil. 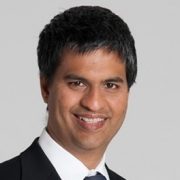 The funding challenge is not new to healthcare, however, as Srikant Vaidyanathan, Partner and Managing Director at the Boston Consulting Group and fellow co-author of the white paper observes. As pressure on services continues to build, it is crucial that discussion and debate move forward. Adding to the complexity is the recognition that – certainly for a trade bloc like Europe – the answer may not be one single funding model, but several.

“Depending on your starting position, which is a combination of your population, what your economic status is and what other solutions are in place, one option might seem more appropriate than the others,” Srikant states. “In this respect, evaluating a range of solutions is more appropriate.”

One suggestion is to focus on outcomes-based reimbursement, although, as Srikant remarks, this is an approach that is still very much in its infancy. “Part of the challenge is that there is no unity or common view on how to define an ‘outcome’ within Europe. Until we establish a common terminology or methodology for what an outcome is, it remains a challenge.”

The 20th century was the age of the vaccine and primary care, and the 21st will almost certainly be the age of precision medicine and targetted treatments. However, while the former was cost-effective due to scalability, the latter requires higher upfront investment from healthcare systems due to the overall complexity and significantly smaller patient populations per treatment. Yet Indranil argues that, while upfront costs may be higher, there are substantial savings to be made elsewhere.

“There’s a lot of wastage in the system and the traditional trial-and-error method continues,” he says. “But a focus on outcomes and using real-world evidence to support those outcomes can significantly change the landscape. We also see emergence of precision medicine – targetted therapies, companion diagnostics, where you can do a test and essentially predict which population the treatment will be effective in.

“Targetted therapies don’t raise overall costs,” Indranil continues. “They may, in some cases, raise the cost of the individual patient receiving the treatment but this cost of targetting care to the individual must be balanced against considerable cost savings elsewhere, e.g. in terms of wastage and side effects management. As such, within the same budget impact, precision medicine allows for more efficient use of resources.”

Efficiency savings will only take healthcare so far though. As Srikant observes, the treatments of tomorrow will require not just a shift in thinking in terms of value and outcome, but may also require different funding routes depending on treatment type. “How each member state gets there and funds that pathway might be different,” he notes.

Indranil agrees, highlighting that several ideas have been laid out in the white paper, such as Private Medical Insurance, Employer-Supported Health Care and New Payment Models for Curative Therapies.

“For example, where out-of-pocket systems are used – for example patient co-pay – it could also naturally drive the system towards outcomes-based measures, because those out-of-pocket expenses demand better outcomes data to support that treatment.” This is not a new idea and has been toyed with and employed to varying degrees in different systems.

The question of funding for healthcare systems is a multi-faceted one and of incredible complexity. No single stakeholder will solve the problem and no one white paper or discussion will offer the solution but, as Indranil and Srikant point out, what is important is that those discussions are taking place and that, together, stakeholders are making progress towards the ultimate goal of sustainable and efficacious healthcare.

Indranil Bagchi and Srikant Vaidyanathan will be participating in the Market Access Round Table Update: Financing of Therapeutics in Europe – Beyond Traditional Approaches at the DIA 29th Annual EuroMeeting, which will be held in Glasgow on 29-31 March 2017. For more details, visit the DIA website.