DIA Bioventure Day will be held in Glasgow in March 2017, and is aimed at stimulating debate between the different stakeholders in the now diverse ecosystem supporting innovative drug R&D.

In the spirt of ‘co-creation’, the conference programme has been put together with help from a range of stakeholders, including patient advocate David Haerry and investor Joep Muijrers.

The central question of the conference is this: is the current bioventure paradigm delivering return for patients, investors and the healthcare system?

David Haerry has been living with HIV since 1986 and, over the past 20 years, has become one of Europe’s leading patient advocates in the therapy area. He works to increase the involvement of patients at all stages of research and healthcare decision making. 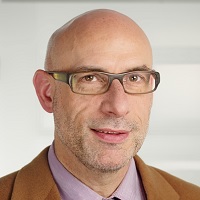 In his native country he co-founded the Positive Council Switzerland, and he was co-chair of the European Medicines Agency’s Patient and Consumer Working Party until 2016. He has also served on the European AIDS Treatment Group (EATG) in various positions since 2004.

Joep Muijrers is a partner at LSP (Life Sciences Partners), a leading healthcare investment firm with offices in Amsterdam, Munich and Boston. The company helps life sciences companies with start-up and growth capital, and aims to ‘connect investors to inventors’ in areas of high unmet medical need. 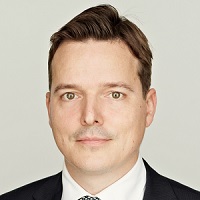 David and Joep were already acquainted from earlier meetings, so we brought them together to discuss this question ahead of the conference – including how disparate stakeholders can work together to improve medicines R&D so that all parties benefit.

Until fairly recently, decisions about what diseases to target, what drugs to develop and how to develop them, were taken within the four walls of big pharma companies. The last 5–10 years has seen this model blown apart: small biotech and specialist pharma companies are increasingly the engine of innovation, with venture capital providing much of the funding to bring these drugs to market.

Meanwhile, patient advocates are now demanding, and gaining, a seat at the table when it comes to clinical trial design and regulatory decisions.

“We need to come up with a meaningful process involving patients in drug development, said David Haerry. “That should help develop products which are actually compatible with what patients want.”

Joep Muijrers agreed: “I think we’re starting to understand that patient views are just as important as those of medical key opinion leaders (KOLs).

“There have been many examples of drugs where expectations were very high and then, once launched, patients just don’t like it. At my company, we put all these different perspectives into the equation of whether or not we want to invest in something.”

He said there was no doubt that investors now played a pivotal role in driving forward medical innovation, with the past three years showing a huge rise in the level of financing going into drug research.

“So whether you like investors or not, the money being put in by investors dwarfs any kind of R&D budget of a large pharma company.”

Joep stated that being an independent investor in drug research meant he could offer more objective advice to companies, compared to an R&D programme funded in-house, which helped to focus and rationalise development.

At the same time, he was careful to stress that LSP doesn’t conform to the stereotype of the arrogant investor. He said it puts faith in the scientists who have to turn a great idea into a molecule, and then turn that into a medicine fit for patients. He explained that he made sure he sought the views of all stakeholders, including patients.

What matters to patients

David said pharma had become more patient centric in recent years, but that the industry and healthcare systems still had work to do to understand what being patient centric meant, especially in relation to involvement in designing clinical studies.

He believed that this required a thorough consultation process, so that patient KOLs could be added to the existing KOLs among researchers and leading doctors.

“To give one very simple example, it’s important to me that the drugs I’m taking on a daily basis don’t cause diarrhoea. In contrast, my physician worries more about cardiovascular impact, but I worry about diarrhoea because it’s messy every day. While I’m aware of some drugs’ cardiovascular impact, I can reduce it by not smoking and regular physical activity.”

“What David says is very interesting from an investor perspective,” Joep went on.

“It’s true, you get very different perspectives if you ask patients and KOLs what is most important about a novel treatment; that helps us weigh up our investment decisions.”

Joep said investors could help broaden the number of drug development projects being funded, and help make that process more efficient and effective. But, beyond that, he saw a need for greater cross-fertilisation of ideas and values.

“I think investors do have a broader role. My key message is that I very much believe in increased dialogue between different stakeholders and that’s what attracted me to this conference. There isn’t sufficient dialogue, which is a shame.

“Of course there are things I can’t discuss with regulators because of confidentiality, or conflicts of interest. But there’s still a lot you can share, and that’s the whole attraction.”

David added: “That’s why Joep and I get on so well, and we often debate these issues for a long time. From the patient side, I don’t think we’ve figured out the investors’ perspective at all. We have established conversations with regulators and with industry, but not really with investors yet. I think we have a lot to learn from each other.”

Both David and Joep agreed that new models are needed to pay for innovation in healthcare, including novel medicines.

David pointed out that this included disinvesting from interventions that don’t work. “We should have the guts to say ‘this intervention is really not worth the money’, and then kick it out of the system.

Joep concurred: “I really agree. We’re seeing new models emerge where you pay for performance, or you link it to the outcome. This will be essential, also for some orphan treatments coming through.”

There is momentum growing behind pay-for-performance models in the US and Europe. These are likely to be needed in very innovative, very high cost treatment areas, such as gene therapy in rare diseases.

He stated that he was an investor who “believes that payers sometimes have a point about high prices”.

“If you launch Sovaldi at a price of $1,000 per day, as Gilead did, you may have misread a couple of signals and I think that’s a big issue.

“That might sound counterintuitive coming from an investor – you may expect me to think the higher the price, the bigger the profits and the happier we are. But I’m not that short-sighted, because healthcare budgets are not infinite.”

He said it hadn’t just been the outliers, such as Martin Shkreli, who had exploited the system’s vulnerability to unfairly high prices. Competition reduced this vulnerability.

“The competition we have seen from other companies joining the hepatitis C market means prices are lower, but the profits are still very good. If that allows more patients to be treated, then so much the better,” he added.

David said the deal he was most impressed with was Australia’s volume-price deal agreement with the hepatitis C manufacturers. The government there has agreed to spend 1 billion Australian dollars over five years on treatment if the companies can treat 62,000 people.

“That brings down the price for a cure, and I think it’s a credit to all sides to have negotiated that deal,” he enthused. “It is also to everyone’s advantage, not least all of those patients who will be cured.”

Joep Muijrers and David Haerry will be presenting at the DIA Bioventure Day which will be held in Glasgow on 28 March 2017. For more details, visit the DIA website.

He can be contacted via: andrew@pharmaphorum.com

Read more on the latest developments in patient centricity in the upcoming edition of pharmaphorum’s digital magazine Deep Dive: Patient centricity. Pre-register for your complimentary copy and read our previous editions on Market Access and Digital.