While a beta cell replacement therapy is the dream of all type 1 patients, new medical devices are hitting the market, and promise more peace of mind. However US patients could find access to these innovations restricted; Richard Staines reports from the American Diabetes Association 2017 conference in San Diego.

Patients living with type 1 diabetes (T1D) and their families have to live with their disease and be mindful of its dangers 24/7 – not just when they are awake, but also when they are asleep.

The risk of night-time hypoglycaemia remains a constant worry, especially for parents with children who have the condition – and this is one of the driving forces for new technological solutions to the problem – and indeed an outright cure for the condition.

One of key debates about the future direction of T1D treatment hinges on this question: will technological solutions such as an artificial pancreas or a ‘closed loop’ system (insulin pumps combined with continuous glucose monitoring) be the answer, or is a cure via beta cell replacement therapy on the horizon?

The short answer is that closed loop systems are here today, and are already proving their value. 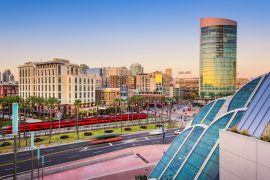 San Diego has played host to this year’s ADA conference

The combination of continuous glucose monitoring (CGM) systems with insulin pumps allows constant management of the disease – described by some as a step towards an “artificial pancreas”. 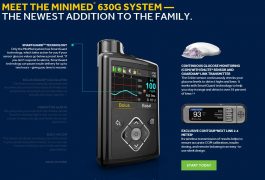 Medtronic’s MiniMed 670G closed loop system has just been launched in the US, and can be used for T1D patients aged 14 or over, and represents a significant step towards more automated control of the condition.

However the high cost of such devices makes it unlikely that they will see rapid uptake, despite early evidence they can control the condition more effectively than the patient alone.

JDRF is the leading global charity for type 1 diabetes, and is investing in research to improve treatment across the board.  It has also launched a new campaign in the US dubbed #Coverage2Control, to tackle the issue of health insurance for the condition, and all the emerging devices. People with T1D have medical expenses three times higher than those without the condition, and concerns about health insurance are growing as the Republicans push to make their American Health Care Act law.

The #Coverage2Control campaign calls on US insurers to provide three things for people with T1D: 1) keeping out-of-pocket costs for insulin and diabetes management tools predictable and reasonable, 2) giving people the freedom to choose the insulin pump that’s right for them; and 3) covering all life-saving technology, including artificial pancreas systems.

The first study presented at the congress included 12 children aged 6-12 years who trialled a “hybrid closed loop system” to continually adjust insulin delivery, while the patient entered the amount of carbohydrates they are eating to determine the meal dose of insulin.

A 36-hour assessment showed 69% of overall glucose values were within desired limits and 82% of readings overnight were within range.

There was also a study of 20 adults with type 1 disease that trialled a range of systems, including a single-hormone system dosing insulin only, a dual-hormone system dosing both insulin and glucagon, a predictive system that shuts off insulin if glucose is predicted to too low, and standard of care where patients control glucose using their own methods.

The dual hormone system reduced exercise-induced hypos from 6.3% to 1%, and was more effective than the predictive system and current care therapy.

Systems were tested using four-times daily blood sugar measurements in patients who exercised strongly for 45 minutes in a lab on day one and four of the trial, with at least one day of home-based exercise.

But research into new medicines to treat type 1 disease – either to halt the destruction of insulin-producing beta cells in the pancreas, or somehow replace these lost cells –  is progressing slowly. Two trials presented at the conference assessing possible preventive treatments failed – with the exception of one small sub group that could warrant further investigation.

A trial investigating glutamate decarboxylase (GAD), with an alum adjuvant, drew a blank in a small trial in young children with type 1 disease who were either asymptomatic or in very early stages of the disease.

The DIAPREV-IT trial involved 50 children, and was based on the rationale that GAD is an enzyme autotargeted by autoantibodies in patients with the disease, and could possibly preserve some insulin production for up to 30 months.

But this finding that unfortunately was not confirmed in this, or any other larger scale study.

A 389-patient trial, dubbed 5-IT-SY07,  investigating oral insulin, taken in children who were in early stages of the disease also failed – but it did produce an efficacy signal in a subgroup that merits further investigation.

In a 55-patient subgroup, with two types of antibody and low insulin secretion showed a median 31-month delay in time to development of type 1 disease, after taking an insulin crystal supplement.

Investigator Carla Greenbaum, of the Benaroya Research Institute, Seattle, said the study’s writing committee had been “flabbergasted” by the signal after the disappointment of the study failure.

“Overall the results of the trial were negative, nonetheless this is something we wish to follow up,” said Greenbaum in a press conference.

The larger REMOVAL trial, which assessed whether metformin might reduce insulin demand and improve glycaemia in type 1 patients also failed – although the ADA seemed to gloss over this fact in a rather upbeat press release.

So with the exception of a single subgroup in a failed trial, research presented at ADA showed the chances of finding a disease-modifying therapy seems remote.

There is also an ongoing interest in finding cell and gene therapy approaches to replacing the lost beta cells, either by stimulating their production inside the pancreas, or growing new cells in the lab and introducing them to the body.

The PEC-Encap (also known as VC-01) product candidate delivers pancreatic progenitor cells via an immunoprotective device and is currently in a phase 1/2 trial in patients with type 1 diabetes who have minimal to no insulin-producing beta cell function.

Like burgeoning cell therapies for other conditions, beta cell replacement faces huge technical challenges (including manufacturing of high quality cells, the need for immune-suppressive drugs to control rejection), and then eventually, the questions of cost and value.