The maxim ‘Nothing is agreed until everything has been agreed’ has taken on new meaning in the UK this week following the breakthrough in the Brexit talks.

In diplomatic circles, it is sometimes known as the Golden Rule, and has been uttered repeatedly by politicians in Europe and the UK since Brexit negotiations began seven gruelling months ago.

Its wisdom was demonstrated shortly after Friday’s accord between the UK and the EU, when the UK’s chief negotiator David Davis intimated that the hard-fought ‘phase 1’ deal could still be renegotiated.

Despite Davis quickly backtracking on this backtrack, there remains huge uncertainty about future trade and regulation relations, with probably less than a year of negotiating time left.

In UK pharma, biotech and medical devices, leaders are re-stating their concerns.

This is because they can’t wait six months, let alone a year, to make arrangements for Brexit.

But their biggest task is in convincing EU27 countries that a Hard Brexit will be bad news for patients and the life sciences sector across Europe, and not just the UK.

Giving evidence to one of several parliamentary enquiries into Brexit – its impact so far and its likely long-term effects – were the BIA’s chief executive Steve Bates (also representing the ABPI on this occasion) and Leslie Galloway, chief executive of EMIG, representing  small-to-medium pharma. 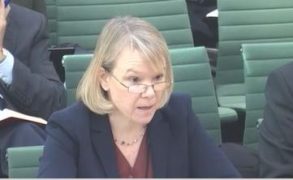 Joining them was Suzanne Halliday, head of medical devices at the British Standards Institution (BSI) one of the many UK-based ‘notified bodies’ which regulate medical devices across the EU.

All warned the Commons health select committee that the now apparently-settled  ‘divorce settlement’ hasn’t brought any guarantees that there won’t be a ‘Hard Brexit’. While all three witnesses agreed there were many common sense reasons why ‘close alignment’ would benefit the UK and the EU27, the life sciences sector needs certainty – and very soon. 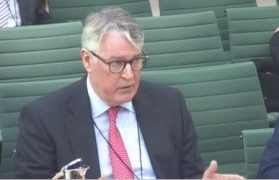 “In the event of a Hard Brexit, the UK is likely to be relegated in the global launch sequence for new medicines,” warned Leslie Galloway.

“[That] means medicines will be launched in the UK possibly two years after the rest of the EU, which will have significant implications for patients, and clinical trials. Why on earth would you set up your clinical trials in the UK, for example, if your main comparator is not available here?”

This scenario remains a real possibility, as time is running out to agree a deal which might allow the UK to retain regulatory alignment with the EMA’s pan-European regulation of medicines.

However this goal is another Brexit unresolved contradiction in terms, akin to the Irish border question: leaving the single market and customs union means not being part of the EMA group. The EEA group of countries Norway, Iceland, Liechtenstein are all allowed to follow EMA regulations, along with Switzerland, which is part of the single market.

The UK government is backing the life sciences sector’s call for the UK to remain closely aligned with the EMA decision-making progress, but the negotiations haven’t begun to tackle this conundrum yet.

The fact of the matter is that the UK government’s own cabinet is still deeply divided along ‘Soft Brexit’ and ‘Hard Brexit’ lines, and hasn’t even yet tried to reach a consensus on what kind of deal it wants.

This naturally makes the hugely complex task of agreeing a mutually beneficial deal with Europe even more difficult.

Bates reinforced the message that no alignment with the EMA would have serious consequences for patients and business. 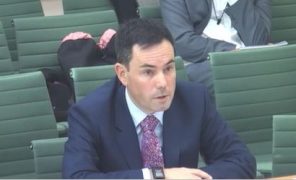 “If you look at markets that are not in the largest regulatory groups – not the FDA, not the EMA – there was a [big] difference… about 45% of medicines weren’t launched in [places like] Switzerland, Canada or Australia.

“My worry in the long term is that the UK [won’t have] access to not only new medicines, but also generic medicines. That wouldn’t be a [Brexit] Day 1 issue, but would have longer cost implications for the NHS.”

While this message focused on the UK, the ABPI and the BIA yesterday re-launched their call for a pragmatic deal to be struck between the EU and the UK on future regulation. They are strongly emphasising the threat posed to patient safety and public health across Europe, in the hope of making the issue a priority in health ministries on the continent.

They warn of the risks to safety monitoring and regulatory expertise posed if UK medicines regulator the MHRA is no longer able to contribute to EU regulation.

Bates said this risk was well understood by the UK’s Department of Health, but wasn’t yet seen as a major risk by EU27 health ministers.

“My fear is not that this [clinical trial] activity in London will arrive in Paris, but will move to China, where they have recently significantly changed their regulatory environment. Or perhaps US companies will say that they’ll just do it in the US and not worry about Europe for a few years.”

Bates said he remained optimistic for the UK because of the strength of its science base, and also optimistic that close alignment will be seen as mutually beneficial, adding, “where there is a will, there is a way”, despite the UK’s conflicted demands.

Industries already on the move

There are already signs that the pharma and medtech sectors are having to shift investments to EU27 countries. GlaxoSmithKline is understood to be among the pharma companies to have already invested in batch release testing facilities in the EU27, unwilling to gamble on a last-minute deal being struck.

Suzanne Halliday reported that BSI had already set up operations in the Netherlands to secure its access to the European market of 500 million people.

The MPs quizzing the industry leaders were keen to hear of any possible upside to be had from Brexit, or viable alternatives. Halliday was able to offer one such alternative – the UK could align itself with the International Medical Device Regulators Forum (IMDRF), a collection of nations led by the US which have harmonised their medical devices regulations.

Other members of the IMDRF include Brazil, Canada, Russia and Singapore, making it a bigger pool than the EU.

While acknowledging this as a likely alternative, Halliday said it would be “a shame” if the UK didn’t align itself with the EU’s newly-minted medical device regulations, which she said were the most up-to-date in the world.

She also warned that the UK’s influence in Europe was already waning.

“I have seen the UK already lose influence in the European Union,” and said she saw the MHRA moving in the direction of the IMDRF route.

“The EU attitude is already: ‘You’re from the UK, you’re leaving, why would we care what you think?’  That is my actual experience now,” Halliday added.

As with her counterparts in pharma and biotech, Halliday hinted that the most sensible solution lay in remaining in either the single market and/or the customs union.

She pointed out that EU approved notified bodies were able to operate in Turkey, Norway and Switzerland because of these countries’ respective customs union, EEA and single market memberships.

The same concerns also apply to global talent for UK life sciences, with any new arrangements unlikely to match the freedom of movement which fuels business.

Has time already run out?

Despite the urgency of a solution for the sector, a quick resolution looks unlikely: the EU27 say the next phase of negotiations won’t start until April 2018 – far too late for the sector to wait, even if a two-year transition period is eventually agreed.

In this case, most companies will be pushed into making costly parallel arrangements to avoid a ‘Brexit Day 1’ gridlock – arrangements which could eventually confirm the UK’s relegation as a long-term reality.

Are we measuring what matters most on uptake to medicines in England?