Bringing men out of isolation after a cancer diagnosis

Studies show that men often isolate themselves when diagnosed with cancer – which can have severe impacts on mental health and outcomes. Trevor Maxwell is hoping to address this by creating an online community to bring male cancer patients and survivors together.

Trevor has been living with stage 4 colon cancer for two years, and knows first hand the unique difficulties faced by men in his position. He started the media company and online community Man Up to Cancer in January to provide content that empowers men to not isolate during their cancer journey.

“Many studies show that men – because of the way we are conditioned in our cultures, and possibly because of our biology – tend to isolate themselves when they get diagnosed,” he says. “We tend to not want to burden others.”

“There are major problems with isolation during cancer – mental health deteriorates, relationships break down. When men isolate, it affects not only themselves but their families. Men also tend to have worse medical outcomes from cancer than women, and part of that is because they don't seek second opinions. They're not comfortable going to the doctor.”

Trevor is building content with the aim to give men role models, resources and a community to show them that they don't have to go through cancer alone.

“To me, the core of Man Up to Cancer is about being strong enough to accept help. I'm trying to flip the script on what ‘manning up’ means, because to me some of the bravest men I know are those who realise they can't go through cancer on their own. We want other men to know they don't need to be ashamed.

“Some of these guys have told us that it's the first time they've had a space to express their emotions and feelings around cancer. Many of them bottle it up and don't have a place to talk about it; many don't have a support network in real life. If they don't have family or friends that they can talk to, our group can fill that gap.”

Trevor says founding the community has been therapeutic for him too.

“I'm in the fight, I'm still being treated for metastatic cancer, and I need support. I don't have a lot of 40-somethings in my community going through cancer like I am. Online, I can connect in real-time with lots of them, including people who are going through the exact same thing.”

Trevor adds that he wants to expand the company into a content hub with various kinds of media, and perhaps eventually host in-person meetings.

“I haven’t seen many resources that are specific to men with cancer. There's a lot of great stuff out there for women, but I think acknowledging that men respond to cancer differently than women is something that has to be put out on the table. It’s not just me saying this – there's reams of papers on this that show that men tend to duck out of the situation for a lot of reasons. It’s a very specific need and one that I don't think has been addressed adequately.”

The COVID-19 pandemic has only exacerbated these challenges by forcing many people with cancer to stay at home during the lockdown. 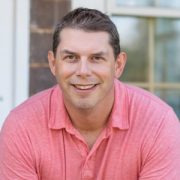 “Fortunately, this taps into one of our strengths as cancer advocates – we are used to communicating without physically seeing one another. We’ve definitely seen numbers bump up in the online group recently.

“Like everyone else in the world, we are also now doing Zoom calls. We had not done any type of teleconferencing before COVID, and now we're doing them at least once or twice a week, so that people can talk and see each other’s faces and add an extra level of connection.”

An additional problem is that many people with cancer have compromised immune systems – which may make them particularly susceptible to coronavirus.

On the other hand, people on immunotherapy may have the opposite problem.

“Thanks to immunotherapy my cancer right now is stable, which is fantastic, and hopefully durable. However, being on immunotherapy means my immune system is revved up. Instead of being immunocompromised, my white blood cell counts are actually elevated.

“Those of us who are on immunotherapy don’t know how our body is going to respond if we get COVID-19. There are two prevailing theories, and it could be a combination of both. The first is that with the high white blood cell count, I could fend off the virus quite well. The flip side is that because my immune system is being artificially revved, I could have an over-aggressive immune response to COVID-19 and have an inflammation.

“When I put this question out there on Twitter my cancer network, several oncologists, hematologists, immunologists weighed in. That’s where I learned that they're not quite sure – we don't really have the data to draw any conclusions yet. The advice for someone like me is to just not get COVID-19!”

In either case, this means cancer patients have to be extra cautious in these times.

“Our lead admin, Joe Bullock, saw that more guys were posting during the crisis. Many of these people have advanced disease, and many of them are immunocompromised. They are concerned not only about the progression of their disease but also about getting this virus.

“Joe said to the group, ‘Send a PM today to at least one other guy in the community and let them know that you're thinking about them’. That granular person-to-person contact can really help. We can show that we may be isolated physically but we still have each others’ backs.

“This is not rocket science – it's just reaching out to somebody and saying, ‘Checking in’ and ‘Do you need to talk?’ But it goes a long way.”

Patient Insights is a monthly series that appears in partnership with Inspire, a company with an online support community of more than 2 million patients and caregivers worldwide.

Not just COVID-19 vaccines: 5 things that cause blood clots

Man Up To Cancer