The importance of pharma CSR

The industry is increasingly aware of the importance of corporate social responsibility (CSR) programmes – and Alex Kalomparis, Gilead’s vice president of public affairs for EMEA, says they are essential for ensuring stigmatised groups can get the treatments they need.

With Gilead recently announcing it would be partnering with the Diana Legacy Award for a second year, we sat down with Kalomparis to discuss how companies can best work to drive social change.

How is Gilead partnering with the Diana Legacy Award?

The Diana Legacy Award has been going since 2017, and this is the second time Gilead has sponsored it. The Award is based on Princess Diana’s legacy. She really believed in the power of young people to change our future.

The winners are usually around 20 young people aged between nine and 25 who are working on programmes as real activists for social action and humanitarian work that will drive social change in the future. For example, one of the winners from a previous year we’ve worked with is very active in the UK Children’s HIV Association. She’s an amazing advocate for change in HIV awareness.

The award isn’t just monetary – it’s also a development programme for these young people to develop their skills in activism and advocacy.

“You can have the perfect pill, but the disease areas we’re working in have a very strong, complex social issues that can make access to innovation difficult”

Why would you say it’s important for pharma companies to get involved in initiatives like this?

It’s a key part of our corporate social responsibility, but it’s also the case that a lot of the therapy areas we’re involved in are about more than just the pharmaceutical innovation.

You can have the perfect pill, but the disease areas we’re working in have a very strong, complex social issues that can make access to innovation difficult – such as sexuality, race, gender identity, or economic inequalities.

In Eastern Europe and Central Asia, for example, the majority of new HIV infections are in stigmatised groups. If someone is from the LGBTQ+ community or a sex worker community where they are stigmatised, they might be less likely to engage in their healthcare, and may be less likely to get tested and linked to treatment. Unless we work on that social stigma, treatments won’t be much use.

The reason it’s so important for young people is that a lot of these issues are long-term challenges. Unless we also support social change in addition to working on scientific innovation, we are not really going to make progress.

We’re not going to resolve this in the next few years. The battle against HIV or hepatitis C elimination across the world will take years. We want to make sure we partner and learn from these young voices and young advocates, as well as help develop them so that they are as effective as they can be from the beginning of their advocacy journey. The Diana Award is one of the ways we’re doing that.

It’s really important that we also help these young people become advocates for the next generation. The more we interact with them, the more we see the creativity that comes through from these groups. We learn from that creativity every day and it gives us ideas that we couldn’t have come up with ourselves.

How has doing initiatives like this changed the way Gilead works?

A big part of it is listening. We always hope that our partnerships will go beyond just financial support. It’s really about an exchange of knowledge. We have a lot of knowledge about stigma and discrimination, for example, and also how people can look after their health as well. We can provide that to (charities), but in return we really have to listen to the patient advocacy groups we work with, as well as communities like the LGBTQ+ community. If we devise a campaign, for example, we need to listen to the community about what will work and how we can get those messages out there.

There are also impacts the R&D side. We want to get more patient input into the R&D programme by understanding what the patient journey is like.

How do you think pharma companies can best work with the third sector organisations?

You need to be open-minded in who you might partner with. For example, we are collaborating with the Vatican for the Test and Treat project in Tanzania. We’ve managed to test 112,000 people, which ultimately led to 3,000 people coming onto treatment. The Vatican and a pharma company are not obvious partners, but we realised once we start talking to them that they have a huge knowledge and infrastructure on the ground in Tanzania, and that means that with our support they can test and treat a lot of people.

HIV patient groups, charities and NGOs are obvious partners, but we want to think beyond that.

Are there any barriers that are stopping more pharma companies from pursuing CSR initiatives?

I think different companies are at different stages in their understanding of, again, how you can’t just solve therapy area challenges with science, and how you also need to make progress on social stigma and discrimination.

A lot of companies are realising that now. There should be nothing that stops them from engaging more and more in driving positive social change. 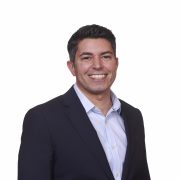 In January 2017 Alex joined Gilead Sciences as vice president for public affairs responsible for all communications and patient advocacy activities across Europe, Middle East and Australia. Alex has held senior communication roles with a number of consumer and pharmaceutical companies including Unilever, Rolls Royce, Novartis, Roche, AstraZeneca and GlaxoSmithKline. Before he was drawn into the communications world, Alex started his career as a Biochemical engineer.

He is passionate about diversity and inclusion and especially LGBTQ rights. For example Alex has been instrumental on a partnership with the Elton John AIDS Foundation’s Eastern Europe and Central Asia Key Populations Fund which supports LGBTQ+ NGOs across the Eastern Europe region in order to reduce stigma associated with being a member of the LGBTQ+ community and being HIV positive.

Why pharma needs to care about global warming