VivoPlex Group has been given the go-ahead by the UK regulator to start the first clinical feasibility study of its uterine sensor system as a tool to help women with fertility problems.

The wireless and battery-free monitor device – roughly the same size as a coil for birth control – is inserted into the uterus and measures temperature, pH, and oxygen levels over a period of up to seven days.

The aim is to gauge the environment within the womb to help guide doctors in the timing and selection of  fertility treatments that can improve the chances of successful in-vitro fertilisation (IVF), and could potentially provide cost savings.

“These parameters are deemed crucial in embryo development and are tightly controlled within the incubators used in…IVF laboratories,” says the Oxford-based company. 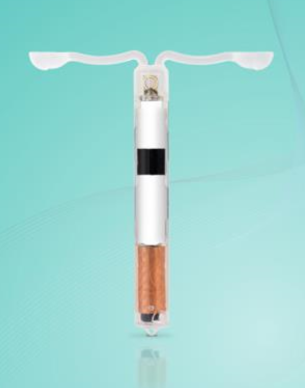 Power for the sensor comes from a wearable device in the form of a washable pair of briefs that also receives data signals from the device, which can then be transmitted via a software link to a clinical specialist.

It is estimated that infertility affects one in seven heterosexual couples in the UK, with a slight increase in recent years, according to data from the National Institute for Health and Care Excellence (NICE). The rate of infertility is climbing slightly, mainly because women are having children when they are older.

Factors in males account for around 30% of cases, with another 25% unexplained. Ovulatory disorders are seen in around 25% of cases, with damage to the fallopian tubes and uterine or peritoneal disorders making up 20% and 10%, respectively.

The clinical feasibility study of the VivoPlex sensor will involve 20 women and be carried out at the University of Southampton, from which the company was spun out in 2015. It raised £3 million ($3.7 million) in first-round financing last year.

It will get going as soon as clinical capacity becomes available after the coronavirus pandemic starts to resolve, according to the firm.

VivoPlex will use the data generated in the pilot study to decide on the design of future trials that could support European approval via the CE mark regulatory pathway.

If all goes well in the studies, VivoPlex hopes to launch the device first in Europe, followed by the US, Australia, New Zealand and Japan. The potential market in those regions is estimated at around 660,000 patients per year.

Also this week, Novartis completed the acquisition of US software as a medical device (SaMD) company Amblyotech, which has developed a therapy for amblyopia – or ‘lazy eye’ – which is a leading cause of vision loss in young people.

The digital therapeutic takes the form of game software – which will be developed with gaming giant Ubisoft – which pairs with 3D glasses to train the eyes to work properly. A proof-of-concept study is due to take place later this year.