It’s been said for many years that productivity in the pharma industry is on the decline – and a new report from Deloitte suggests this trend is continuing.

Some have even compared this phenomenon to an inverse version of Moore’s Law in electronics – where computing power (as originally measured by the number of transistors per square inch on circuit boards) roughly doubled every 18 months.

In the report, Deloitte looked at the estimated returns of 12 leading biopharma companies, and compared their performance with four mid- to large- cap companies.

Findings based on an analysis of leading pharma companies and their late-stage assets are bleak, showing annual projected R&D returns continue to decline to 3.7% and peak sales per asset have fallen 11.4% year-on-year since 2010.

So even while 2014 and 2015 saw FDA approvals rise to their highest in decades, fewer of these drugs are turning into blockbusters.

In 2010, 55 drugs were forecast to break the billion dollar annual sales barrier, but in 2016 only 21 were predicted to peak above this level.

Meanwhile, this year’s FDA approvals is set to finish at around half the 45 new drugs approved last year, a figure sure to cause concern in big pharma boardrooms.

Perhaps the only glimmer of hope Deloitte offers is that the cost of bringing a drug to market have stabilised, from $1.58 billion in 2015 to $1.54 billion in 2016.

The report attributed the increase in M&A activity since 2013 to this lack of productivity, as big pharma compete to replenish their pipelines.

Deloitte anticipates there may be increasing M&A activity in the coming years as the productivity problem is not going to go away.

Alongside the warnings, the report’s authors have some observations on the which strategies produce the greatest productivity.

Those that tend to focus in this way out-perform those that chop and change, or have no specialised area of research, according to the report, Measuring the return from pharmaceutical innovation 2016.

Although smaller companies have seen a decline in overall performance, on average they still continue to outperform large pharma companies, generating returns up to three times higher.

Co-author Colin Terry, a director at Deloitte’s Life Sciences practice, said that because the report focuses on late-stage, filed or drugs given special attention by regulators, it adjusts for pharma’s habit of allowing small biotechs to bear the risks of early-stage development.

The apparent fall in productivity is not simply because pharma companies are opting to buy in drugs later in development, leaving their early-stage and preclinical pipelines looking comparatively bare. 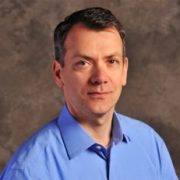 Terry told pharmaphorum that there is now a licensing “sweet spot” after phase 1 and phase 2 where costs are lower, and there are still risks to manage, although this varies by therapy area.

Terry added: “We have seen companies look to manage the risk by terminating assets as early as possible to de-risk the portfolio; you will see the terminations this year are still a challenge but this year are at their second lowest level since we started our analysis.”

Co-author Neil Lesser, US principal and life sciences R&D strategy lead at Deloitte, warned that “fundamental change may no longer be an option, but a necessity for the industry.”

In a separate report last year, a US PhD candidate put forward a contrasting argument that pharma productivity looks far more healthy when measured according to the health benefits of drugs, instead of sales.