NHS under ‘intolerable’ pressure – but no new money until autumn

Leaders in the NHS have warned that the service is under ‘intolerable pressure’ and have expressed disappointment that there was no new money announced yesterday.

Chancellor Philip Hammond presented his Spring Statement in the House of Commons yesterday, and had good news in the shape of a slightly improved growth forecast for 2018 from the Office for Budget Responsibility.

This will allow public borrowing to fall every year until 2021-22, and will give the government the opportunity to spend more.

Hammond gave a clear hint yesterday that he is prepared to increase spending further on the NHS – but this won’t come until the autumn Budget in November.

This has dismayed NHS leaders, who say the health service is in crisis because of the mounting financial pressures on it. 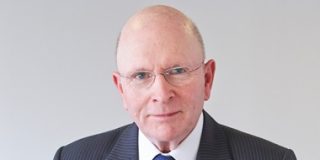 Niall Dickson, chief executive of the NHS Confederation, which represents organisations across the healthcare sector in England, said the decision to withhold funding was a missed opportunity to tackle “the crisis in our NHS and care system”.

“The twin tasks facing the Chancellor therefore remain – support NHS and the care services to help them deal with intolerable pressures today, and lay out a comprehensive plan to create a sustainable NHS and social care system for the next 10 to 15 years,” said Dickson.

He said the time was right for some ‘political courage’ and alluded to recent opinion surveys suggesting that a majority of the UK public would be happy for taxes to rise to pay for increased NHS investment.

He added: “To be clear, this is a system-wide crisis affecting every branch of the system from hospitals to family doctors, from social care to mental health services, from ambulances to community health.

“There are signs within the government that some have begun to realise the challenge now being faced every day by our members and the urgent need for longer-term solutions.”

The Chancellor told the BBC’s Laura Kuenssberg that he recognised the pressures for more spending on health, local government and other areas.

He said any “headroom” available by the time of the autumn Budget would be used to pay for more funding of public services.

Hammond said the NHS has received an extra £9 billion since 2016 but that an ageing society was creating “continuous upward pressures”.

However the King’s Fund and NHS Improvement say the reality was that this went on offsetting some of the costs of winter already incurred by providers, such as hospitals.

Then in January the Treasury gave an additional £267 million towards meeting cost pressures in the Department of Health and Social Care budget.

These two payments suggest that the Treasury is watching the NHS performance indicators closely, as these show that waiting times are continuing to grow, and financial problems are spreading from hospitals to the regional CCGs.

Most worrying for the government are the results of a recent survey on public satisfaction with the NHS – in this its seventieth birthday year.