A huge backlash against the $89,000 price tag for a new Duchenne treatment based on a generic drug has caused the company behind to halt its launch.

Marathon Pharmaceuticals gained FDA approval for Emflaza (deflazacort) on Friday, a corticosteroid treatment now licensed for use in patients over 5 years old with Duchenne, a severe and incurable form of muscular dystrophy.

The drug has been used off-label for many years to help improve the strength in the muscles of patients, usually young boys, who see their muscle progressively weaken.

The drug is a cheap generic, and has usually cost no more than $1600 a year until now.

However  by being the first to carry out clinical studies for this rare disease, Marathon felt able to announce the $89,000 price – but has been stopped in its tracks by an outcry from US politicians and patient campaigners. 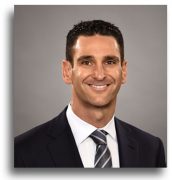 Marathon’s chief executive Jeff Aronin yesterday released an open letter to the Duchenne community, announcing that it was ‘pausing its commercialisation efforts in order to meet Duchenne community leaders”  to explain its plans and listen to their concerns.

While US Duchenne patient groups such as Cure Duchenne have not openly condemned Marathon, their displeasure has been noted by the company.  Much more vocal have been Senator Bernie Sanders and Representative Elijah Cummings, two US politicians who are longstanding critics of pharma price-gouging.

“We believe Marathon is abusing our nation’s ‘orphan drug’ programme, which grants companies seven years of market exclusivity to encourage research into new treatments for rare diseases—not to provide companies like Marathon with lucrative market exclusivity rights for drugs that have been available for decades,” Sanders and Cummings wrote in a joint letter to the firm.

While big pharma companies rely on high prices (and indeed regular annual price rises above inflation), most do not use this most flagrant tactic to generate revenues.

Advocates for big pharma warn that it risks being associated with opportunist firms like Marathon if it doesn’t distance itself from such practices.  For that reason, Forbes columnist and ex-Pfizer exec John LaMattina has called on big pharma companies to break away from US pharma association PhRMA, of which Marathon is a member.

The furore around Emflaza is all the more embarrassing for PhRMA, as it is braced for a potentially long-running battle with President Trump, who has promised to bring pharma prices down with tough new measures.

PhRMA recently launched a slick new PR campaign – Go Boldly – which emphasises the billions the sector spends on R&D in pursuit of new treatments and cures.

Marathon says it has invested in clinical trials of Emflaza, and says it has “only seven years of market exclusivity” to make a profit on the drug – however this is unlikely to elicit much sympathy if it maintains its sky-high price.