Juno has halted a phase 2 trial of its CAR-T cell therapy after two more patient deaths.

The biotech company became the second company to see its shares dive on bad news in the space of a few hours, after Eli Lilly’s eagerly-awaited phase 3 results from its solanezumab failed to show any efficacy in Alzheimer's.

Juno said it halted the ROCKET trial of its JCAR015 in acute lymphoblastic leukaemia after two patients suffered cerebral oedema earlier this week, and both have since died.

The company has notified the FDA of the voluntary hold, and is working with the trial’s data and safety monitoring board to evaluate next steps.

The ROCKET trial has already been halted and restarted in summer, after three patient deaths from cerebral oedema.

Juno restarted the trial in July with a modified pre-conditioning regimen, which contained cyclophosphamide chemotherapy but not fludarabine.

However Juno said that the latest neurologic events occurred within a week or so of the start of treatment, indicating that the revised pre-conditioning regimen has not been effective in reducing severe neurotoxicity.

“The clinical course with these two cerebral oedema patients was very similar to what we saw in July,” said chief medical officer Mark Gilbert in a conference call. 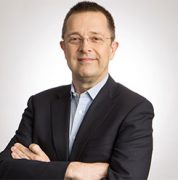 Chief executive Hans Bishop said he hoped to provide an update on future plans for JCAR015, in time for the American Society of Hematology conference next week.

Options include continuing with the study under a new protocol, starting a new study, or terminating development, said Bishop.

“We are faced with a difficult decision,” he admitted.

Juno’s trials and plans for its other CD19-directecd CAR-T product candidates, including JCAR017, which is being investigated as a lymphoma treatment, are not affected.

The Street's Adam Feuerstein suggested the FDA may decide to shut down Juno's other CAR-T trials because of the safety issues - although twitter commentators said this was unlikely.

Others commentators said the FDA should never have restarted the trial in the first place given the uncertainties about the chemotherapy regimen used to kick-start the treatment.

Kite is currently in pole-position among the competitors, and plans to file its KITE-C19 in 2017.  However despite its encouraging data, it also causes severe side-effects, and has seen patients deaths in trials linked to the treatment.

In CAR-T, T cells are genetically engineered to attack the B cells that become malignant in some blood cancer types, and it is this unleashing of the immune system which can cause major problems, and is still poorly understood.

Following the success of immunotherapies such as the PD-1 checkpoint inhibitors,  CAR-Ts are seen as the next big thing - but the latest news is just another reminder that these drugs carry much higher risks than drugs such as Merck's Keytruda and BMS' Opdivo.

NICE backs use of MSD's KEYTRUDA for triple-negative breast ...

For the first time, patients in England with triple-negative breast cancer (TNBC) will be able to access immunotherapy at an earlier stage of their treatment journey, as Merck & Co/MSD'

In this article, Ben Hargreaves looks into the promise of cancer vaccines and how this treatment modality may offer advantages over existing immunotherapies in the oncology sector.

Once widely acknowledged as so special that only scientists and clinical specialists need to apply, oncology has become exponentially more clinically targeted and sophisticated over the las

CatalYm has closed a €50 million ($59m) series B financing round to fund clinical studies of its immunotherapy targeting Growth Differentiation Factor 15 (GDF-15).

Pfizer has paid $200 million to buy 9.9% of Hong Kong-listed cancer biotech CStone, beginning a strategic collaboration that will see the big US pharma gain rights to the company’s immunoth

Preparing for the next decade of innovation in immuno-oncolo...

Immuno-oncology has seen some striking clinical advances in the 10 years since the approval of the first therapeutic cancer vaccine, but it’s a field that doesn’t stand still.

Biotech looks to take on Novartis, Gilead, and Juno in CAR-T

Celgene is understood to be in talks to buy CAR-T specialists Juno Therapeutics, in a deal which could be worth around $7 billion.

Juno bounces back with 'best in class' CAR-T

Juno has hopes pinned on JCAR017

Kite to start filing data for KTE-C19 with US regulator.

Gilead Sciences has bolstered its position in the development of next-generation cancer cell therapies with a deal to absorb Tmunity Therapeutics into its Kite unit.

The FDA has approved Kite Pharma's Tecartus as a treatment for adults with relapsed or refractory B-cell precursor acute lymphoblastic leukaemia (ALL), making CAR-T therapy an option for an

Gilead Sciences' Kite Pharma has won a key victory on appeal in its long-running dispute with Bristol Myers Squibb over patents relating to CAR-T therapies, overturning a $1.2 billion fine

Gilead Sciences' Kite Pharma has mapped out another route to the development of allogeneic or 'off-the-shelf' cell therapies for cancer, using technology developed by Appia Bio, a US startu

BioNTech has found a use for some of the windfall cash it has raked in from its COVID-19 vaccine, agreeing a deal to buy Kite Pharma's entire neoantigen T cell receptor (TCR) platform for s

Gilead Sciences' cell therapy Kite Pharma has bulked up its position in natural killer (NK) cell therapies, pledging up to $2.3 billion for a partnership with Shoreline Bioscience focusing

The EMA's human medicines committee has started a review of Novartis' sickle cell disease (SCD) therapy Adakveo, shortly after the company reported that it failed to show efficacy in a phas

Sandoz bulks up with Mycamine ahead of spin-off

With a separation from parent company Novartis now confirmed, Sandoz has moved to strengthen its revenue base with the acquisition of global rights to mainstay antifungal drug Mycamine from

Novartis' programme providing free access to its spinal muscular atrophy (SMA) gene therapy Zolgensma is being scaled back to a dozen countries worldwide, according to the company.

Swiss biotech Stalicla has continued to diversify its pipeline from a focus on autism therapies with a deal to license Novartis' mavoglurant, in clinical trials for cocaine use disorder (CU

Can genetic data be a magic bullet for drug R&D?

Drug development has long been an issue for the pharma industry, due to the expense and the high failure rate of potential treatments.

A glance back to Pharma Integrates 2022 – part i

Run by Life Science Integrates, Pharma Integrates was in its eleventh year in 2022.

Why early participant engagement is now a top priority in ge...

In 2016, scientists behind a study called the Resilience Project analysed genetic data from 589,000+ people and found 13 adults who carried genetic variants that should have resulted in ser

With the FDA due to deliver a decision of Eisai and Biogen's new Alzheimer's disease candidate lecanemab tomorrow, the safety of the drug has been thrust into the spotlight by a case report

From enabling patient choice during clinical trials to strengthening vital partnerships across the quality ecosystem, connected data will become the lifeblood that enables life sciences tea

Pharma companies involved in the sale of heartburn therapy Zantac have won a key battle in litigation brought by patients who claim the drug caused them to develop cancer.

Roche's idiopathic pulmonary fibrosis (IPF) therapy Esbriet is already being squeezed by its main rival in the market, and could come under renewed pressure if another competitor from PureT