The UK biotech sector has enjoyed a ‘solid start’ in early 2018, with GW Pharma and Orchard Therapeutics dominating the funding raised.

A new BIA/Informa Biotech Financing Update covering the December 2017 to February 2018 period looks at all the funding routes for the sector, and the biotech sector association says the first few months bode well for the year.

The UK has a range of promising and innovative biotech firms, with which will require plentiful cash as they gear up for pivotal trials, regulatory filing and launches in the next few years.

Venture capital funding and follow-on financing via public offerings both showed strong figures during the period, but the IPO market was once again quiet.

There were no IPOs from the sector in the early months of this year, a trend in line with 2017, where there was just one launch in the first half of the year.

The BIA and Informa say the lack of IPO activity reflects the global trend, with just 12 biotech market launches worldwide, and just two in Europe. These were Germany’s dermatology specialists BioFrontera, which raised $16m ADS on the Nasdaq in February and rare disease focused Advicenne, which raised €27m on EuroNext Paris in December).

UK venture capital funding for biotech was much more robust, however. This totalled £134.9 million for the period, and was dominated by London-headquartered gene therapy specialists Orchard Therapeutics. 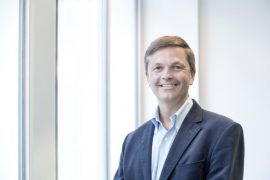 It raised £85m via a B round fundraising in December, which will help fuel development of its pipeline, led by OTL-101 a treatment for a rare life-threatening immunodeficiency disorder called (ADA-SCID).

OTL-101 gained a coveted FDA Breakthrough Therapy Designation in July last year, putting it among a group of promising technologies in the fast-growing cell and gene therapy market.

In the same month, Biosceptre International raised £8m in a Round A funding for its novel pipeline of antibody-based therapeutics and vaccines.

This was followed in January by Vaccitech, which raised £20 million from a group of investors including Google for its novel flu and therapeutic vaccines platform.

The majority of the secondary financings total for 2018 to date was made up by the impressive GW Pharma follow-on public offering on Nasdaq for £221.6m.

Three UK companies used another approach, debt financing as a source of fundraising this year. These were: Mereo BioPharma, Midatech Pharma and Sinclair Pharma. The BIA and Informa say this represents around a quarter of the total used last year but the company count is already more than half.

This could become a more popular route for UK companies to raise finance, and the BIA says it will monitor the trend over 2018.

The only UK biotech IPO we saw in the first half of 2017 was SkinBio Therapeutics, which generated £4.5m for the company. The BIA says there are already possible public financings in the pipeline for March and April, which could see 2018 at least match last year’s performance.

We look forward to tracking the trends for UK biotech financing throughout these quarterly updates in 2018.”

While the UK sector looks to be in good health, the US biotech market is once again demonstrating why it is the global powerhouse.

The first few months of this year have seen a flurry of US companies raise over $100 million in one funding round each. These include Generation Bio, Rubius and (just yesterday) Constellation Pharmaceuticals and a huge $250 million raised by MedImmune spin-out Viela.

Informa Data Editor, John Hodgson, said: “Biopharma offerings globally so far in 2018 are double 2017 levels. This bodes well for a cash-hungry, market-ready companies in the UK.”

One UK biotech company which has made clear its interest in an IPO is Autolus, the next-generation CAR-T company based in London. Last month it submitted its paperwork to allow an IPO on the Nasdaq.

However Autolus and its financial backers Arix and Syncona say there are no definite plans for an IPO yet, and may decide not to take the route at all.

Veterans in the sector often say that IPOs can be distracting for small biotech leadership teams, and can lead them away from a focus on delivering success in clinical trials – one strong reason to delay the move. Nevertheless, a successful IPOs can generate large sums for investors and help launch a company in to the premier division – something UK biotech has been hoping for for some time.