GlaxoSmithKline and Johnson & Johnson are leading R&D investment in vaccines, and the field is producing the first ever vaccines for conditions such as Ebola and a range of deadly bacterial infections, a new report finds.

The Netherlands-based Access to Medicine Foundation has been publishing an index on access to medicines since 2008, which focuses on how major pharma companies act in terms of R&D and medicines access in middle and lower income countries.

Now it has now released its first ever review of the global vaccines market.

The 2017 Access to Vaccines Index applauds the diversity in approaches in how companies are improving access to vaccines for people living in poorer countries. However it has restated a WHO warning that an estimated 19.4 million infants worldwide are still missing out on basic vaccines.

The Index has mapped actions of eight key vaccine companies, led by GSK, Merck & Co, Pfizer and Sanofi, commonly known as “the big four” as they represent around 80% of global vaccine revenues.

The Serum Institute of India, a privately held company which is the world’s largest producer of vaccines by volume – selling almost 1.4 billion vaccine doses ever year –  is also included in the index.

GSK and J&J have come out on top in terms of investment in innovative vaccines, with GSK having 17 candidates in its pipeline, while J&J has nine. 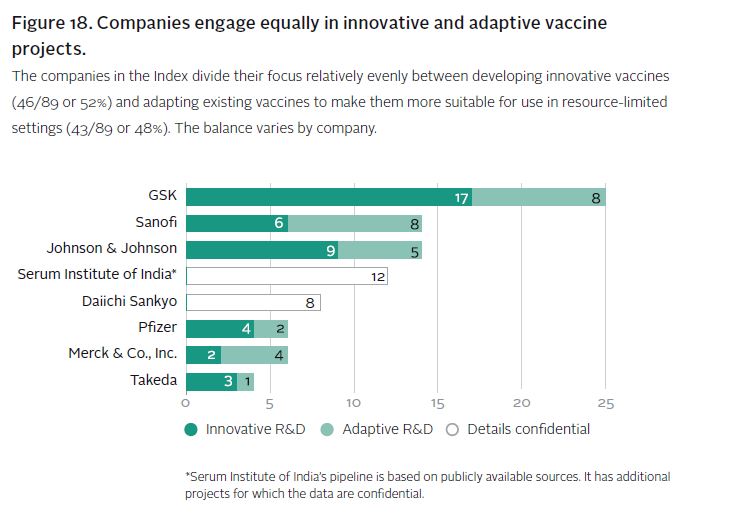 Alongside R&D investment, the index also considers two other factors: pricing and registration, and manufacturing and supply.

Companies have been applauded for taking affordability of their vaccines in low and middle income countries into account, but the Foundation says more still needs to be done.

In pricing and registration, the index found that most companies consider affordability, but GSK and Pfizer stand out for making more specific commitments to affordable pricing that their peers.

One example of this is GSK’s commitment to make its new malaria vaccine RTS,S affordable, the company planning to price it at £8.50 (10.42 US dollars) per child, based on demand of around 100 million doses.

However the Foundation warns that even this might prove unaffordable in many malaria endemic countries.

The third and final consideration is manufacturing and supply, and whether companies take action to prevent shortages. GSK, J&J, Merck & Co. and Sanofi were all found to take ‘comparatively strong’ action on this issue. 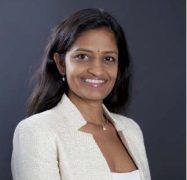 “There is a world to be won by increasing access to vaccines,” says Jayasree K. Iyer, Executive Director, Access to Medicine Foundation. “As a global community, we all share the responsibility of ensuring everyone can benefit from immunisation. The companies that develop and manufacture vaccines clearly also have a role to play. This Index has mapped what vaccine companies are doing, and what prompts them to take action – it is a critical step in the effort to make vaccine markets more inclusive.”

Read the Access to Vaccines Index 2017 in full here