The independent watchdog for health and social care in England says the country’s NHS faces a ‘precarious’ future because of the level of demands put on it.

The Care Quality Commission (CQC) has published its State of Care report today, and says that the quality of health and social care has been maintained, thanks to the efforts of staff and leaders.

But it also warned that the health and social care system is “at full stretch and struggling to meet the more complex needs of today’s population.”

It says that this means maintaining quality in the future is uncertain, just one year before the NHS reaches its 70th birthday.

The report sets out an analysis of the quality of health and social care across the country based on the first full round of rated inspections covering almost 29,000 services.

It shows that as of 31 July 2017, 78% of adult social care services were rated good as were 55% of NHS acute hospital core services; 68% of NHS mental health core services and 89% of GP practices and that many services originally rated as inadequate have now improved their rating.

But, there are also clear warnings from the changing nature of demand – increasing numbers of older people who are physically frail, many with dementia, more people with long term complex conditions – all of which is placing unprecedented pressure on the system. 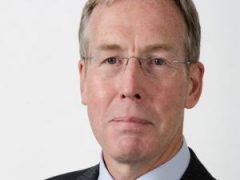 “The fact that the quality of care has been maintained in the toughest climate that most can remember is testament to the efforts of frontline staff, managers and leaders. Many providers have used our inspection reports to improve, and we have seen improvements in safety in particular, although this area remains a big concern and focus for us. However, as people’s health and care needs change and become more complex, a model of care designed for the 20th century is at full stretch and struggling to cope with 21st century problems.”

The government’s decision to scrap the longstanding 18-week waiting target for surgery earlier this year was a clear sign that the NHS couldn’t deliver because of rising workloads and static budgets.

More and more people are also now waiting more than four hours in A&E, and there are now more planned operations cancelled.

In adult social care, the number of nursing home beds has fallen across most of England, and domiciliary care contracts are being handed back to councils because providers say the funding is insufficient to meet people’s needs.

Responding to the CQC report into the state of healthcare in England, Niall Dickson, chief executive of the NHS Confederation, which represents organisations across the healthcare system, said:

“It would be a tragedy if the NHS’s 70th birthday was remembered as the year England’s care system collapsed, but today’s report reveals real concerns that mental health and social care services are not sustainable. Contracts are being handed back leaving more individuals at risk.”

Dickson agreed that the future of the NHS was “precarious,” with one in eight older people already not getting the help they need.

The CQC  report acknowledges there is more local services can do to improve co-ordination and the way services are organised, but Niall Dickson said the “inescapable conclusion has to be that without further government funding today’s perilous state will become tomorrow’s tragedy.”

“As CQC has pointed out, this is one of the major unresolved public policy issues of our time. It is time government and indeed all the political class woke up to this challenge and accept that if social care goes down, we all go down.”

Health minister Philip Dunne told The Guardian newspaper that the report recognised that the “vast majority of patients” were receiving good care and that many parts of the NHS had improved.

The minister said the government was determined to make the NHS the safest healthcare system in the world, and pointed to investment in more staff and in services. This includes £2bn extra for social care, £1.4bn to improve young people’s mental health services and an extra £100m this winter to help A&E departments cope with demand.

The fear is that the unprecedented pressure on NHS services makes a major safety scandal more likely, such as that seen at the Stafford Hospital in the late 2000s.

NHS Digital, NHSX will be absorbed into NHS England