Constellation Pharmaceuticals, a company focused on developing small molecule therapies for difficult-to-treat cancers has raised $100 million from a group of old and new investors.

The Cambridge, Mass-based company has been around since 2008, but is now gaining momentum with its lead oncology candidates, which aim to override EZH2 epigenetic regulators which can turn gene expression on and off.

The company says the new funds will be spent mainly on its two lead candidates. CPI-1205 is currently in two trials ProSTAR and ORIOn-E, testing its effectiveness in combination with androgen inhibitor drugs Zytiga and Xtandi for metastatic castration-resistant prostate cancer and cancer immunotherapy Yervoy in other solid tumours, respectively.

The company also plans to progress CPI-0610, a clinical-stage candidate, as a treatment for myelofibrosis either as a monotherapy or in combination with a JAK inhibitor.

Constellation Pharmaceuticals also plans to advance its second-generation EZH2 programme into the clinic and identify more potential therapies from its epigenetics discovery platform. 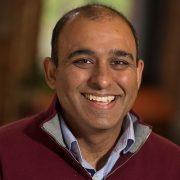 Jigar Raythatha, the company’s president and chief executive thanked the new and existing investors, and said the funding would be instrumental in helping it progress its pipeline.

“This financing gives us additional flexibility and runway to pursue the clinical development of CPI-1205 and CPI-0610, our lead product candidates, as well as advance other novel molecules from our cancer epigenetics platform into development.”

Constellation joins a flurry of biotech companies, mostly US-based, raising in excess of $100 million in one funding round in the first few months of 2018. These include Generation Bio, Rubius and BioMedPartners AG, and a whopping $250 million raised by MedImmune spin-out Viela.

All these companies looked primed to launch IPOs in the next few years. In the UK, next-generation immunotherapy firm Autolus has laid the groundwork for a Nasdaq launch, but says it has no firm plans for IPO as yet.

Pharma’s use of synthetic biology could deliver radical innovation