AstraZeneca spins out biotech to focus on autoimmune candidates

AstraZeneca’s biologics division MedImmune is to spin out a new standalone biotech to develop six early-stage inflammation and autoimmunity programmes.

To be known as Viela Bio, the spin-out represents a novel approach from a big pharma company to lower priority molecules in their pipeline.

These candidates would traditionally be shelved or abandoned, or sometimes sold on to ex-employees who spot the potential of the drugs and set up their own biotech firms to develop them.

Viela Bio will have something in common with this last approach, except that it has been created with financial backing from AstraZeneca which will remain its largest minority shareholder.

The venture has many similarities to SpringWorks, which spun out of Pfizer in September last year to focus on four rare disease candidates.

Bing Yao, current head of MedImmune’s Respiratory, Inflammation & Autoimmunity (RIA) Innovative Medicines unit, is to be Viela Bio’s chief executive officer. He will work with his colleague Jorn Drappa, current vice president of RIA clinical development at MedImmune, who will head up R&D and serve as chief medical officer at the biotech.

MedImmune will contribute three clinical and three pre-clinical potential new medicines. This includes inebilizumab, currently in phase 2 trials for the treatment of neuromyelitis optica, a rare condition that affects the optic nerve and spinal cord in around five in 100,000 people.

The molecule already has orphan status in the US and Europe, but will require the kind of rare disease drug development expertise which is not a core area at AZ.

Without the creation of the spin-out, it’s likely these molecules wouldn’t have received the funding or development time needed to bring them to market.

Bahija Jallal, president of MedImmune and executive vice president of AstraZeneca said: “Our goal is always to find a way for the science to advance. By establishing Viela Bio, we are creating an optimal environment for the continued development of our promising early-stage biologics portfolio in inflammation and autoimmunity. This has the potential to bring the most benefit to patients and will allow us to maintain focus on our three main therapy areas.” 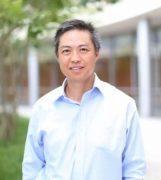 Bing Yao, chief executive officer, Viela Bio, said: “Viela Bio shows great potential, launching with a very robust pipeline with multiple novel molecules in inflammation and autoimmunity. This is combined with a strong, expanding team that has in-depth scientific and clinical development expertise and the ability to bring important, innovative medicines to patients.”

Viela Bio will be based in the same town as MedImmune, Gaithersburg in Maryland, suggesting its focus is on maintaining close relations with its parent company, rather than migrating to the biotech investment and research hub of Cambridge, Mass.

It will be funded with up to $250 million from a consortium of investors led by Boyu Capital, 6 Dimensions Capital, and Hillhouse Capital, with AZ retaining the largest minority share.

AstraZeneca has, however, held on to anifrolumab, a late-stage phase 3 candidate being developed for the severe autoimmune disease lupus.

“Viela Bio has been formed with a best-in-class biologics pipeline that is both high quality and includes comprehensive modalities tackling autoimmunity. As an investor in this startup, 6 Dimensions Capital is confident that those innovative programmes will be advanced further by the experienced scientific and business leaders at Viela Bio.”

The approach represents an interesting contrast to companies such as Roivant, which are built on the premise of buying drugs shelved by big pharma. Roivant’s founder Vivek Ramaswamy believes his suite of companies can bring innovative drugs to market faster, but suffered a setback earlier this year when one of its group companies Axovant saw its dementia drug fail.

Time will tell if companies such as SpringWorks and Viela Bio have an advantage over big pharma and start-up biotech firms in bringing new medicines to market.