Despite ‘no pick and mix’ warning, pharma’s Brexit planners still hope for deal

The chairman of a pan-European pharma group says he is still optimistic that a Brexit deal can be struck, despite the head of the European Council rejecting British plans for future alignment.

Late last week Theresa May suggested the UK would be willing to pay to remain an ‘associate member’ of the EMA. But this suggestion of ongoing EU-UK regulatory alignment, with the UK also leaving the single market and customs union, has been dismissed by the EU.

This means there is no viable deal on the table – including no agreed ‘transition period’ plan – and time is running out, with little more than 12 months to go before Brexit.

Pharma, generics firms and vaccines suppliers are therefore increasingly having to plan for the worst case scenario. This could even include new EU/UK border controls, which would prove a hugely time consuming and expensive barrier to Europe’s medicines supply chain.

45 million patient packs are supplied from the UK to the EU every month, with a further 37 million travelling the other way. A ‘no deal’ scenario where trade would have to revert to WTO rules would almost certainly cause major hold-ups in this trade.

Alan Morrison is chair of the EFPIA Brexit Task Force and vice-president for Europe and International Regulatory Affairs at MSD.

He and his fellow committee members are pressing the British government and the EU27 leaders for answers on how medicines will be regulated once the UK leaves the EU on 29 March 2019.

Talking to pharmaphorum this week, he reiterated the EFPIA group’s call for an agreement on medicines to be prioritised – as the European pharma organisation is stressing that ‘no deal’ would hit patients in EU27 countries just as much as the UK.

“My company and others are planning for lots of scenarios, including a ‘no deal’. This takes a lot of resources, and it makes it very difficult to make good business continuity decisions.

“But the biggest concern in the short term is about guaranteeing that patients across Europe will get their medicines after Brexit next year.”

A formal response yesterday by the European Union said the UK’s ‘red lines’ on leaving the single market and customs union would inevitably limit alignment between the two sides.

Donald Tusk, the president of the European Council, said: “The EU cannot agree to grant the UK the rights of Norway with the obligations of Canada…a pick-and-mix approach for a non-member state is out of the question.”

The EU’s draft guidelines state that “Being outside the customs union and the single market will inevitably lead to frictions.”

It continued: “Divergence in external tariffs and internal rules as well as absence of common institutions and a shared legal system, necessitates checks and controls to uphold the integrity of the EU single market as well as of the UK market. This unfortunately will have negative economic consequences.”

Now that the two sides have set out their demands, there will be extensive horsetrading over areas which can be negotiated. Whether ‘associate membership’ of the EMA is negotiable, for example, is yet to be seen.

Tusk did offer some concessions – including an invitation to the UK to collaborate on research and innovation, and said the aim would be for a zero tariff Free Trade Agreement (FTA).

This position will be discussed in greater detail when the European Council – senior ministers from the EU27 countries – will gather in Brussels on 22-23 March. 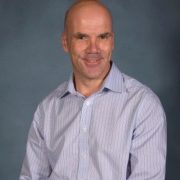 “That meeting will give us the full picture from the EU27,” says Morrison.

He agreed that reaching a deal from this point, where the European Council have insisted on no ‘cherry picking’ is going to be difficult.

“But EFPIA in Europe and the ABPI in the UK have been calling for ongoing regulatory alignment after Brexit, and that’s what we are still striving for. We think that is best for the industry and for patients across Europe.”

Meanwhile, the European Parliament also put ‘continued access to safe medicines’ at the top of a list of priorities for agreement between the two sides.

Alignment, co-operation and mutual recognition between the EU and UK on authorisation, testing and surveillance of medicines is the foremost concern for the life sciences sector, but there are many other unresolved matters.

These include measures to allow free movement of people to continue, maintaining scientific research collaboration, plus alignment on intellectual property and cross border supply chains and clinical trial supplies.

Quite how these many complex questions will be resolved is anyone’s guess, as despite frequent contact with the EU and UK, neither side have given detailed answers to EFPIA about how a deal could be struck.

Alan Morrison says he was pleased to hear Theresa May endorse ongoing alignment with the EMA – but says the concept of ‘associate membership’ of the regulatory body is entirely new to the industry.

Another regulatory and Brexit expert at MSD is Virginia Acha, executive director, Global Regulatory Policy MSD, UK. Formerly in charge of co-ordinating the ABPI’s policy on Brexit before she joined MSD, Acha has worked extensively with other players in the sector, such as generics and over-the-counter organisations, in order to build a consensus in the field.

In light of ideas that the border between Northern Ireland and the Republic could be kept open thanks to cutting-edge electronic tracking, could this provide solutions for medicines as well?

Acha commented: “The new EU Falsification of Medicines regulations means that serialisation, allowing individual medicines packs to be traced across Europe, will be introduced in February 2019.

“But there has been no discussion at all about whether this could provide any answers to these Brexit trade and border issues.”

While the UK government has been repeatedly warned that Brexit could imperil the long term future of its life science sector, it has also received votes of confidence.

One of the most notable of these was from MSD, which announced late last year the creation of new R&D centre in London. Alan Morrison says this reflects the company’s “continuing belief in the world-class life science infrastructure” in the UK, including leading universities and scientific institutions.