GlaxoSmithKline looks set to have another year without US generic competition to its respiratory blockbuster Advair, after the FDA raised problems with a challenger.

Reuters reports today that Novartis’ Sandoz division has announced it has received a complete response letter from the FDA, which raises problems with its submission, and the firm said a generic Advair launch was now “highly unlikely” in 2018.

The setback follows similar delays to other generic challengers to Advair, a ‘complex generic’ which presents a high hurdle for copycat versions, in particular the inhaler device required to deliver the drug combination.

Mylan and Hikma, which has been working with Vectura, have also experienced pushback from the US regulator.

Only yesterday, GlaxoSmithKline had warned investors that it expected a generic Advair to hit the US market this year, and forecast the drug’s annual revenues of £1.6 billion would be cut in half.

The delay will give GSK more time to grow revenues in its newer drugs.

CEO Emma Walmsley was nevertheless upbeat about 2018 even before this good news, and promised earnings per share would dip no lower than 3% CER. However these will now be significantly higher now that the generic is delayed.

The firm’s optimism is driven by new product sales in 2017 of £6.7 billion, up +44% CER, which includes next generation products in respiratory medicines, vaccines and HIV. 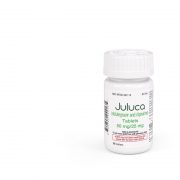 In HIV, sales of Tivicay and Triumeq led the way, while GSK also gained approval for Juluca, the first ever 2-drug regimen contained in a once-daily single pill.

However this will be a major battleground for GSK this year: its biggest competitors Gilead yesterday gained FDA approval for a rival single pill, Biktarvy (Bictegravir, Emtricitabine, Tenofovir Alafenamide).

ViiV Healthcare (a joint venture in which GSK is the lead partner) hit back immediately by filing a lawsuit, alleging that Gilead had infringed patents on its rival integrase inhibitor Trivicay.

ViiV won’t seek the removal of Gilead’s product from the market, but will pursue compensation, which could see its rival paying it royalties if ViiV’s legal challenge is successful.

There was more good news for GSK yesterday, as it also announced a second FDA Breakthrough Therapy Designation for its meningitis B vaccine Bexsero.

The new fast track review will be for its use in preventing Invasive Meningococcal Disease (IMD) caused by serogroup B in children 2-10 years of age.

Bexsero is the first vaccine in the world to receive the Breakthrough Therapy Designation (BTD) twice, having earlier gained the status for use in preventing IMD in individuals 10-25 years of age.

Hikma shares rally after US launch of Advair generic resumes