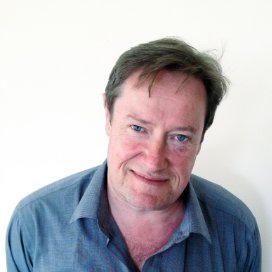 Kevin Grogan
The sun was shining in Copenhagen and a number of trial investigators were wearing big sunny smiles at day two of the European Society for Medical Oncology 2016 congress: new data suggested paradigm shifts in the way a number of cancers will be treated.
First out of the blocks was Novartis’ investigational advanced breast cancer therapy ribociclib. phase 3 data was presented by Gabriel Hortobagyi, from the University of Texas MD Anderson Cancer Center in Houston, which showed that the cyclin-dependent kinase (CDK) 4/6 inhibitor in combination with Novartis’ older breast cancer drug Femara (letrazole) reduced the risk of progression or death by 44% compared to the later alone.
Prof Hortobagyi told pharmaphorum the magnitude of progression-free survival (PFS) and the fact that the benefit of ribociclib was seen across all patient subgroups represents a significant step forward. He also noted that the side effect profile was good, which is vitally important given that women living with metastatic breast cancer will be on treatment for the rest of their lives.
The professor would not be drawn on comparisons with Pfizer’s already-approved CDK4/6 inhibitor Ibrance (palbociclib) or indeed Eli Lilly’s investigational drug abemaciclib. However he said that the CDK4/6 inhibitors show clear benefits and if approved, ribociclib should be used as first-line therapy.
The enthusiasm of Prof Hortobagyi was matched by Mansoor Raza Mirza of the Copenhagen University Hospital, who presented more stellar data from a phase 3 trial of Tesaro’s poly(ADP-ribose) polymerase (PARP) inhibitor niraparib as maintenance therapy for ovarian cancer.
Top-line results were unveiled in June, but the full data set has caused quite a stir at ESMO. Maintenance therapy with niraparib reduced the risk of progression or death by 73% compared with placebo for patients with germline BRCA-positive platinum-sensitive, recurrent ovarian cancer.
After a median follow-up of 16.9 months, median PFS with niraparib was 21.0 months compared with 5.5 months for placebo in patients with germline BRCA mutations. Moreover, the findings remained consistent across subgroups of patients, including those without BRCA mutations.
Dr Mirza said “this is a breakthrough”, adding that “we have never seen such large benefits in progression-free survival in recurrent ovarian cancer. Stressing that niraparib significantly improved all endpoints across a broad population representing 70% of all ovarian cancer patients – AstraZeneca’s Lynparza (olaparib) is only approved for women with a germline BRCA mutation (about 10–15% of patients) – he said “these landmark results could change the way we treat this disease”.
Dr Mirza added that once it is approved (note not ‘if’), “I’ll consider niraparib for all my patients with recurrent ovarian cancer who respond to platinum, regardless of BRCA status”. This last bit was a blow for Myriad Genetics, as it suggests a diagnostic test developed by the latter to help select the patients most likely to respond to niraparib may not be necessary.
Away from the data snowstorms, the organisers at ESMO deserve a pat on the back for the way they have organised Patient Advocacy Track sessions at the congress. Traditionally, they were held in parallel to the main scientific sessions, preventing advocates from attending the latter, but in Copenhagen they are being held in parallel to industry-sponsored satellite symposia during lunch and early evening.
Your correspondent took his ham and cheese sandwich and attended a packed session entitled ‘Cancer inequalities: Bring me solutions not just the problems!’ Ana Maria Forsea of the Carol Davila University of Medicine and Pharmacy in Bucharest, Romania  captured the tone of the session by saying recommendations, guidelines and policy papers “produces knowledge but not action”.
She said the European Union should make minimal standards of care obligatory – it is done for human rights so why not for access to medicines – why not indeed?

How do CDISC standards fit into the drug development process?