Why we need to think differently about innovation

Richard Meddings questions views of innovation in healthcare and suggests we utilise our available resources differently, particularly in the area of ophthalmology.

When we think of innovation, we tend to think of the ground-breaking, technological innovations that mark the milestones of human history, such as the printing press, the steam engine, the light bulb or the computer. In healthcare, you might look at the invention of beta blockers or the discovery of antibiotics.

In eye health, too, there have been some extraordinary examples of innovation – from eye glasses and the intra-ocular lenses used in cataract surgery, to laser therapy for retinal conditions and the promise of stem-cell research to regenerate damaged eye tissue.

Yet, some of the most important innovations for eye health are not ground-breaking in a scientific sense. Rather, they are about finding completely new ways of using existing technology and resources.

“…some of the most important innovations for eye health are not ground-breaking in a scientific sense.”

We’ve come a long way, but there are still 39 million blind people in the world and 246 million people with severe or moderate visual impairment. The cost of this problem is huge: USD200 billion annually, according to some estimates.

As much as 80% of blindness and visual impairment is preventable or can be treated. The leading cause of avoidable blindness is cataracts, a condition which can be cured effectively through a 15 minute operation. However, huge backlogs remain across many low and middle-income countries. 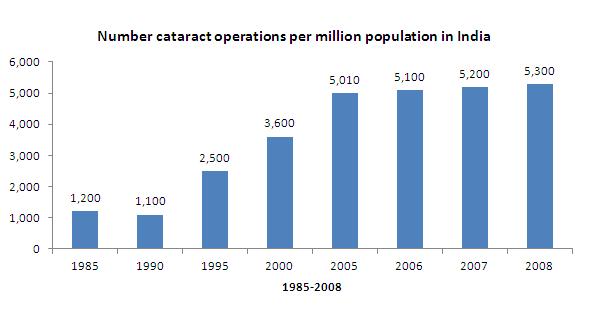 Figure 1: Increasing cataract surgical rates in India between 1985 and 2008. Graph courtesy of Dr A.S.Rathore. Found in Ackland, Peter; ‘The accomplishments of the global initiative VISION 2020’

Vitamin A deficiency, another condition which can be treated cheaply and effectively, still causes children to go blind.

So if we already know how to treat or prevent blindness, why do we still need to talk about innovation at all? Some might say it would be better to focus on funding what we already know works.

But I’d argue that there’s still plenty of scope for innovation that could improve eye health, over and above providing the money to deliver existing treatments. Systems innovations – changes to the way in which healthcare is delivered – and the reinvention or repurposing of existing technologies can have as profound an impact as headline-grabbing discoveries.

Take cataracts again: in the 1990s, intra-ocular lenses cost in the region of USD150 per lens, making cataract surgery unaffordable for the poor. However, two innovations changed all that, paving the way for the high-volume, high-quality, low-cost approach developed in India and now being adopted in other countries.

First, rather than accept the high cost of lenses, pioneers such as Fred Hollows showed that local factories could produce quality lenses at a fraction of the cost – as little as USD1.50 for the most basic models.

“In what was to become one of the world’s most impactful drug donation schemes, Merck began to provide Ivermectin free of cost.”

Second, the development of a new surgical technique called small-incision cataract surgery enabled eye surgeons to perform operations at a much quicker rate – without the need for stitches and with fewer complications. This meant that many patients were able to leave hospital after just a few hours of post-operative care.

The enormous progress in tackling onchocerciasis (river blindness) provides another very good example of what simple innovations can do. The discovery that Ivermectin – originally developed by Merck as a veterinary product – could be used to treat river blindness heralded a major shift in the control and treatment of the disease. In what was to become one of the world’s most impactful drug donation schemes, Merck began to provide Ivermectin free of cost. But how could it be distributed? The populations most affected by river blindness lived in remote areas with poor access to health care. In response to this challenge, international health organisations developed a new approach by which communities were equipped to manage their own treatment. This has proved many more times effective than conventional drug distribution programmes. The prevalence of river blindness is now 73% lower, with the prospect of complete elimination by 2020. 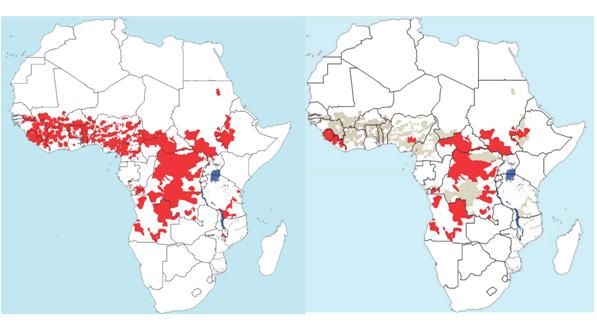 All of these innovations are having a transformative impact on communities. Yet, they are not about cutting-edge scientific discovery. Instead, they bring a completely different perspective on issues such as cost, distribution, production and community access.

Significant challenges remain before we can reach the goal of high-quality and accessible eye care for all: a shortage of well-trained medical professionals (a big issue in Africa), patchy or ineffective healthcare referral systems, ageing populations and the rise of new conditions such as diabetic retinopathy, to name but a few.

We believe innovation has an essential role to play in addressing these challenges, whether it be through clever use of mobile technology to improve access for remote populations or new ways of training surgeons more cost-effectively.

Those involved in healthcare need to think radically about what they can do with their current resources, and consider working with non-traditional partners to achieve even better health outcomes. Our collaboration aims to challenge and encourage those involved in eye health to do just that.

Richard Meddings is Group Finance Director of Standard Chartered plc and Chairman of Seeing is Believing – a collaboration between Standard Chartered Bank and the International Agency for Prevention of Blindness – which has recently set up a fund to support innovation in Eye Health. It believes innovation will play an essential role in meeting the aims of Vision 2020, the global campaign to eliminate avoidable blindness by 2020.

How can we rethink how we deliver healthcare using our current resources?