Why script-to-dispense conversion will take centre stage in 2023

With the US economy teetering on a recession, sales and marketing budgets are expected to take a hit among businesses across sectors. The pharmaceutical industry is no exception.

When any organisation looks to slash its budget, the old adage about acquiring new customers costing five times as much as retaining existing customers becomes an alluring data point. For decades, advertising expenditures have been trending downward as a percentage of drugmakers’ overall revenues, from 6.1% in 1979 to 2.8%in 2018. In 2023, expect manufacturers to further shift their focus away from acquiring new patient prescriptions to retaining existing customers.

The notion of making fewer mistakes with your existing business practices, rather than expanding your footprint, might seem overly conservative for a robust industry. But against the backdrop of current global events, a conservative approach makes sense.

On 14th November 2022, Eli Lilly apparently wrote on its Twitter account, “We are excited to announce insulin is free now.” The account carried an official blue check mark, but in fact it did not belong to the prescription drugmaker. It was one of many fake branded accounts that took advantage of Twitter users’ sudden ability to purchase a “verified” check mark for $8.

Hours later, Lilly used its official Twitter account to set the record straight, but the damage had been done. Its stock price fell more than 4% percent, and the drugmaker suspended its Twitter advertising campaigns (among the more dramatic side effects of Twitter’s structural changes that jolted the pay-per-click advertising model). The incident illustrated the fickle nature of luck in general and, more specifically, how one event can change a company’s fortunes for the worse.

In April, ClinicalTrials.gov listed nearly 400 ongoing studies in Ukraine. As the Russian invasion has continued, some of these trials were able to resume, but the pace of research and development had suffered. New drug launches were delayed. Add in more than 10,000 layoffs in healthtech since the start of 2022, and the pace of the industry has slowed considerably since January last year.

Managing these variables is difficult and, in some cases, impossible. So, what can a pharmaceutical company best control that directly affects its bottom line?

Retaining business begins with patient access. The concept is predicated on a simple idea: ensuring every patient who holds a prescription is able to enrol in their drug regimen and see it through to completion. Yet, this currently poses a significant challenge, as it is estimated that drug companies tallied $76 billion in lost revenue opportunity due to access issues.

The problem of patient drop-off is well-known, though identifying and troubleshooting specific causes of lost revenue can pose a challenge. Unaffordable treatment options, confusion among patients from interacting with multiple stakeholders in the prescription drug ecosystem, and a lack of transparency to inform patient choices, can all cause patients to stumble along their journey.

Manufacturers can use 2023 as a time to examine these and other causes of patient drop-off in greater detail, and develop actionable solutions for each product in their portfolio. This investment of time and money is particularly important during a recession. Not only do prescription-holders represent a known source of revenue for manufacturers, the return on investment in each existing patient is greater than sending sales representatives around the country in hopes of acquiring new business.

Complicated patient onboarding procedures are a common cause of drop-off among prescription holders ― particularly specialty drug patients. Making onboarding as smooth as possible can preempt drop-offs further along the patient journey. By optimising the first steps of enrolment for a new prescription holder, manufacturers can create a positive impression that encourages patients to persist through a complicated process.

Hub services exist specifically to de-complicate patient enrolment in prescription drug regimens. However, hubs receive only 20% to 30% of prescriptions, while most scripts are sent directly by the HCP to the pharmacy, leaving the manufacturer with no access to the patient.

Obtaining patient consent is also a necessary burden for healthcare providers, but 21st-century technology carries the promise of reducing or eliminating the burden. The same can be said of other clerical pitfalls, like onerous forms that are missing basic patient information because the patient unintentionally neglected to fill in a blank space.

Such mistakes are basic, but common. Rather than a “bug” of the patient journey, they should be treated as a feature ― an inevitable byproduct of a complicated process. By focusing on script-to-dispense conversions in 2023, manufacturers can invest wisely without breaking their budgets in search of new business.

Yishai Knobel is the co-founder and CEO of RxWare (formerly HelpAround). Prior to RxWare, Knobel was head of mobile at AgaMatrix Diabetes. He also served in Microsoft’s Startup Labs in Cambridge and as an officer in an Israeli Army elite R&D unit.  Knobel earned his MBA from MIT, and has a BA in Psychology and Computer Science. 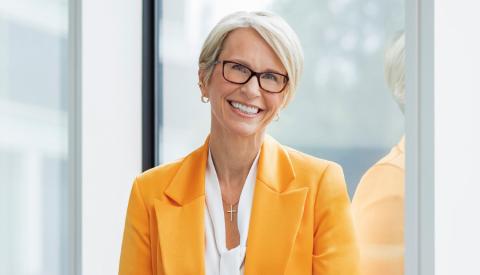 Growth is good, but GSK really needs to build its pipeline

GSK continued a run of several consecutive quarters of solid growth in the fourth quarter of 2022, helped by shingles vaccine Shingrix, but it needs to build up its pipeli

Johnson & Johnson has been cleared to continue a lawsuit filed last year against drug benefit programme SaveOnSP, which claims it defrauded a payment assistance programme for patients o