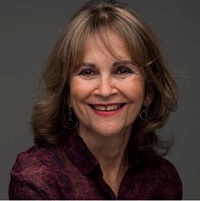 Given the latest developments in the therapeutic use of Virtual Reality (VR), how far can its potential extend and which healthcare stakeholders will take the lead with its innovation?

When computers and software were invented over 60 years ago, people involved in healthcare and medicine began finding uses for them. With the introduction of each successive platform – the World Wide Web, mobile technologies, connected objects – those uses expanded. But none of these technologies challenged the role of medicines in the treatment of patients. ‘Digital’ remained largely on the periphery of the pharmaceutical industry’s core business.

VR headsets were introduced at the Consumer Electronics Show in 1994. They failed, because the technology of the time gave users nausea. In 2011, 18-year-old Palmer Luckey created the prototype of Oculus Rift. Facebook bought Luckey’s company. Other big players followed, and suddenly VR had the potential to become a viable mass-market tool.

Understanding how VR impacts the brain

VR is recognised for its use in the education of healthcare professionals by simulating a teaching situation. But what makes VR an effective learning tool also gives it the ability to be therapeutic. Its potential effectiveness is dependent on the ability of the brain to reorganise itself by forming new neural connections, known as neuroplasticity.

If neuroplasticity exists at all ages, as we now believe, then a computer-generated environment can modify the brain, as long as the user is fully ‘immersed’ in the new setting and unable to react as usual.

Often known as ‘distraction therapy’, VR immersion has a range of applications. Pain and pre-surgery anxiety in children and adults, phobias, such as fear of heights or spiders, can all respond to VR therapy. In a 2016 study published in PLOS [Public Library of Science], all participants reported a decrease in pain when comparing pre-session pain and during-session pain.1

Who is testing and proposing therapeutic VR applications?

There are many examples of projects expanding the use of VR. The Hospital for Sick Children in Canada and other paediatric hospitals are testing VR applications on anxiety and pain in children. A pharmacy chain in Sweden is offering its own analgesic VR application, produced in collaboration with VR developers. Other start-ups are experimenting with VR for the treatment of pain in cancer patients.

A start-up named Vivid Vision created a VR program to improve amblyopia (lazy eye), while a clinic in Spain is using immersive VR therapy to enable elderly patients to memorize local navigation once again and regain their autonomy.

Beyond its research on VR for pain, Cedars Sinai Medical Center in Los Angeles is studying the use of VR to lower high blood pressure by reducing the attractiveness of inappropriate foods. Meanwhile George Washington University School of Public Health is studying the impact of VR on weight loss.

What are the limits of therapeutic VR?

VR as a therapeutic tool currently has some major limitations; the price of headsets, the insufficient number of trials, and the large numbers of people who cannot accommodate to the VR headset are three.

‘Pharma companies have worked on VR in educational simulation, but as progress in therapeutic VR is made by pioneering hospitals, clinics, pharmacies and start-ups, what strategy will they adopt in therapeutic VR?’

The question is strategic, and new entrants to this arena demonstrate that required investment is not a barrier for small healthcare stakeholders. Let’s go pharma!

A strategist with a Harvard MBA and an international perspective, she works with both corporate entities and start-ups in English and French. She speaks and writes on digital health topics and creates customised events.

A Smith College undergraduate with honors in political science, Denise began her career as an American diplomat in Mexico City. She joined the pharma industry in Paris, created Basil Strategies and subsequently launched the patient-inclusive Doctors 2.0 & You conference series in order to recognise successful digital innovations and bring together all healthcare stakeholders.

Denise was awarded the French Legion of Honour in 2011 for her pioneering work in eHealth. She is a board member of the Patient Empowerment Foundation (Geneva) and the Smith and Harvard alumni clubs in France.

Digital health: Where we are and where we need to go