Digital health: Where we are and where we need to go 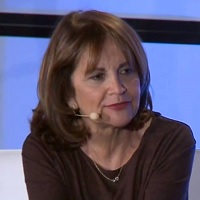 Pioneering eHealth evangelist and founder of the annual digital health conference in Paris, Doctors 2.0 & You, Denise Silber speaks to pharmaphorum about how the digital health field has progressed and where it is heading next.

What do you think have been the biggest milestones in terms of digital health emerging as a market?

The biggest game changer has been around for nearly 20 years: it is, of course, Google, the first search engine to truly empower any internet user, whether professional or consumer, with the possibility of accessing relevant health information, people and care.

Next is Facebook, the size of which puts it far ahead of other social media platforms. Social media and the online communities have made possible an unparalleled exchange of experience, whether among patients or professionals. Although professionals and patients do also communicate on Facebook, this is the least common of the scenarios.

Third, as we have become more aware of the importance of collecting real-world data, smartphones – coupled with apps such as Apple’s HealthKit and a variety of connected objects – are also taking science forward.

Finally, artificial intelligence (AI) is beginning to make personalised medicine a reality and robots have demonstrated their value to the health system in many ways.

Where does digital health still need to go to reach its full potential?

In my digital health dream world, the promises of the past several decades would have come true: medical data would be in the right place at the right time, diagnosis would benefit from the latest in AI, treatment would be fully personalised; no surgery would be performed without prior simulation and a full checklist; there would be no direct surgery by human hands; there would be no geographic or language limitations to the care given to patients; complete real-world data and re-organisation of health systems would return us to a holistic and empathetic approach to medicine, and everyone would live an appropriate lifestyle, thanks to behavioural tools.

Digital health has achieved high levels of penetration in certain rare diseases where there are registries. However, for mass healthcare issues, we’re still at a relatively low level of penetration, with the exception of the examples I mentioned. My hope is that digital health will evolve alongside a greater understanding of genetics to enable more tailored and individualised care.

How do you see the digital health space evolving in terms of the type of interactions between pharma companies, patient groups and technology companies?

Frankly, we don’t yet know which methods of interaction will be the most productive. We’re seeing various new business models emerge as large companies and start-ups seek to work together. There are industry hackathons to find new start-ups and concepts, industry incubators to support start-ups, pharma partnerships with large tech companies and, of course, acquisitions. Patient groups are increasingly invited to participate in these new collaborations, but these are early days.

In the six years that Doctors 2.0 & You has been running, how do you think it’s changed as digital healthcare options have become more accessible?

The biggest change is that we’ve had to include more topics in the same timeframe. None of the categories of digital tools have disappeared and others have launched. So, we are seeing case examples that involve several tools at once.

For the first time this year, we’re observing the introduction of new business models. One simulation company will be demonstrating a new business model for developing new clinical cases. A pharma company will show a software model for reducing time to market of new compounds, while other speakers will present the advantages of social business as a model for launching tech innovation.

This conference never presents the same thing twice – and every one of our talks aspires to bring a unique new angle on digital health.

For more information on the upcoming Doctors 2.0 & You conference, visit: http://www.doctors20.com/

Denise Silber, founder and curator of Doctors 2.0 & You conferences, is an international digital health strategist and social media influencer. A former industry executive turned entrepreneur, Denise is a Smith College graduate and Harvard MBA. An American in Paris, Denise was named to the Legion of Honour, France’s highest civil decoration, for her pioneering work in advancing eHealth around the world over nearly 20 years. Her academic publications are listed on Google Scholar.