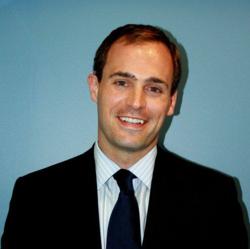 Our disease focus on pharmaphorum this month is infectious diseases, so to coincide, our latest ‘spotlight on’ looks at the cause, risks and symptoms of one of the most well-known infectious diseases in the world: malaria. Chris Helfrich is the Director of the United Nations Foundation’s Nothing But Nets campaign, which has a simple aim – to save as many lives as possible through fundraising, education, and awareness of this infectious disease.

In fact, every 60 seconds, a child in Africa dies from a malaria infection that could have been prevented or cured. This alarming statistic is why every minute spent fighting against malaria truly matters.

Malaria is one of the world’s most pressing global health issues, with more than 200 million cases each year. The World Health Organization (WHO) reported that, in 2010, malaria caused an estimated 660,000 deaths, mostly among African children. 1

“Malaria is one of the world’s most pressing global health issues, with more than 200 million cases each year.”

The good news is that increased malaria prevention and control measures are reducing the burden of malaria in numerous countries.

There are many campaigns around the world contributing to these efforts by raising awareness and funding to fight malaria with life-saving bed nets.

Bed nets work in two ways: they stop mosquitoes from biting and spreading the disease, and the insecticide woven into the net kills the mosquitoes when they land, preventing them from flying on to find their next victim. Bed nets can reduce malaria transmission by 90% in areas with high coverage rates.

Malaria is caused by Plasmodium parasites that are spread to people through the bites of infected Anopheles mosquitoes. These mosquitoes are referred to as “malaria vectors” and primarily bite people between dusk and dawn. In the human body, the parasites multiply in the liver, and then infect red blood cells. 1

The symptoms of malaria include fever, headache, vomiting, and fatigue, and tend to appear about two weeks after the mosquito bite. If left untreated, malaria can quickly become life-threatening by disrupting the blood supply to vital organs. In various regions of the world, the parasites have developed resistance to antimalarial medicines. 1

“…the malaria burden is concentrated in 14 endemic countries…”

Who is at risk?

Most malaria cases and deaths occur in sub-Saharan Africa, but Asia, Latin America, and to a lesser degree the Middle East and parts of Europe also experience malaria infections.

The WHO has identified specific population as especially vulnerable to malaria. These high-risk groups include: children under 5, pregnant women, people with HIV / AIDS, international travellers from non-endemic areas, and immigrants from endemic areas and their children1. Refugees living in close quarters, often among standing water, also represent a group at greater risk of malaria infection. Since 2008, when some campaigns launched efforts to provide refugees with bed nets in partnership with the United Nations High Commission for Refugees, malaria has dropped from the leading killer of refugees living in camps across Africa to the number five cause of death.

The use of long-lasting, insecticide-treated bed nets by at-risk populations is one tool in the multi-prong approach needed to prevent malaria transmission. Other key interventions include prompt treatment with artemisinin-based combination therapies (ACT) and indoor residual spraying with insecticide to control vector mosquitoes.

Resistance to antimalarial medicines is a problem in many parts of the world. The WHO issued comprehensive recommendations regarding this issue in its 2011 report, Global Plan for Artemisinin Resistance Containment (GPARC).4

“Resistance to antimalarial medicines is a problem in many parts of the world.”

The Future: why we must sustain our momentum

The WHO estimates that 1.1 million lives have been saved over the past decade due to the widespread support and use of malaria prevention and treatment tools. And in that time, malaria deaths in Africa have dropped by one-third. This is remarkable progress.

But worldwide, funding to stop malaria and the procurement and delivery of long-lasting insecticide-treated bed nets is slowing down, from 145 million nets in 2010 to 66 million nets in 2012. We are facing a critical moment in the fight against malaria and must sustain the gains against this deadly disease by distributing more life-saving bed nets to the families who need them. Even one child dying from a preventable disease is too many.

Campaigns such as Nothing But Nets and investments in The Global Fund to Fight AIDS, Tuberculosis and Malaria and the President’s Malaria Initiative are more important than ever5, 6.

3. New report signals slowdown in the fight against malaria (WHO press release)

5. The Global Fund to Fight AIDS, Tuberculosis and Malaria

About Nothing But Nets

Nothing But Nets is a global, grassroots campaign to save lives by preventing malaria, a leading killer of children in Africa. Inspired by sports columnist Rick Reilly, hundreds of thousands of people have joined the campaign created by the United Nations Foundation in 2006. Campaign partners include the National Basketball Association’s NBA Cares, The people of The United Methodist Church, and Major League Soccer’s MLS W.O.R.K.S. It only costs $10 to provide an insecticide-treated bed net that can prevent this deadly disease. Visit www.NothingButNets.net to send a net and save a life.

As of March 2013, Nothing But Nets’ supporters have raised more than $45 million to help the campaign and its partners — such as UNICEF and the United Nations High Commission for Refugees (UNHCR) — distribute more than 7 million nets to families across Africa.

About the United Nations Foundation

The United Nations Foundation, a public charity, was created in 1998 with entrepreneur and philanthropist Ted Turner’s historic $1 billion gift to support UN causes and activities. The Foundation builds and implements public / private partnerships to address the world’s most pressing problems, and works to broaden support for the UN through advocacy and public outreach. UN Foundation campaigns and partnerships connect people, ideas, and resources to help the UN solve global problems. These campaigns focus on reducing child mortality, empowering women and girls, creating a new energy future, securing peace and human rights, and promoting technology innovation to improve health outcomes. These solutions are helping the UN advance the eight global targets known as the Millennium Development Goals (MDGs). For more information, visit http://www.unfoundation.org/