Social Prescribing: can the NHS make it mainstream?

Social prescribing could have a big impact on helping people stay healthy and lighten the burden on England’s overstretched NHS – but barriers remain to it being taken up more widely.

In Norfolk, local GPs are being asked to think twice before prescribing pills to elderly people. They can instead prescribe a walking group, soup and sandwiches in the local village hall, or a befriending service run by Age UK. In Gloucestershire, socially isolated and depressed patients are encouraged to join art groups, while patients recovering from a heart attack can join an allotment gardening club.

This is social prescribing, and it is now being tested not just in Norfolk and Gloucestershire, but right across England.

These aren’t simply feel-good schemes with no end goals, however.

Named by NHS England as one of ten ‘low-cost, high-impact interventions’ social prescribing can transform the wellbeing of individuals, help free up GP time and prevent costly hospital stays.

All of this, of course, has a strong financial element – the NHS is under enormous pressure from growing demand, and its budgets are not keeping up. In social care, the picture is even worse.

Social prescribing is part of a bigger picture, a wave of ‘new models of care’ being launched in England in order to create a sustainable and integrated health and social care system for the future.

However numerous barriers remain to greater uptake, including a continuing ‘medicalised’ mindset, uncertain funding, and pilot schemes which run their course but never get turned into routine practice.

What is social prescribing?

Social prescribing can be described as addressing the concerns and interest of an individual, rather than their medical condition. An estimated 20% of GPs’ time is spent on problems with social, rather than medical, causes, and these schemes help doctors to connect people with non-medical interventions which allow them to take a greater role in managing their conditions.

These are often creative activities, social groups, physical activity, education, self-help, befriending as well as help to solve welfare and housing problems. Usually co-ordinated via a ‘link worker’ from a voluntary organisation, they take a ‘whole person’ approach, considering mental, physical and social dimensions, seeing individuals as ‘assets’ rather than as someone with a illness.

The concept has been around for many years, but its supporters say it has never been done systematically or at scale, until now. Many believe it will play a vital role in transforming the NHS from a system which treats people when they get sick to one which helps them stay healthier for longer, and prevents illness and hospitalisation wherever possible.

One of the most remarkable and heartwarming stories to emerge from social prescribing so far is that of Debs Taylor from Yorkshire. Addressing a Kings’ Fund conference on social prescribing earlier this year, Debs said art classes provided as social prescribing helped her to overcome her long-term mental health problems, transforming not just her life, but that of her family.

But to make a success of social prescribing, and the new models of care as outlined in NHS England’s Five Year Forward View (FYFV), leaders say healthcare professionals need to cast off an outdated, paternalistic mindset.

Rob Webster is chief executive of South West Yorkshire Partnership NHS Foundation Trust, and is also is leading the Sustainability and Transformation Plan (STP) for West Yorkshire and Harrogate.

“We have to have a fundamental shift – stop seeing people as guests in our organisations, stop writing to them and telling them when to turn up, and if they don’t behave in a certain way they have to go away again,” Webster told the King’s Fund meeting earlier this year.

“We are a guest in people’s lives and if we think about their mental, physical and social needs, what assets they have got and got around them, we can redesign care.”

The STPs are the latest ‘big idea’ to hit England’s NHS, with 44 of them across the country trying to lead the introduction of new models of care, largely based around the integration of health and social care. This vision of joined up, person-centred care is the new culture to which social prescribing belongs.

NHS England says social prescribing is included in 75% of STPs. Meanwhile a July 2017 survey by GP Online Survey found that 1 in 5 GPs regularly refer patients to social prescribing. 40% said they would refer if they had more information about available services.

In West Yorkshire, the STP is giving budgets to small organisations to keep people well and develop services where there are none. This is being done via ‘micro-commissioning’, with a total of £36,000 distributed to 16 grass roots groups with 615 beneficiaries, working out as just £59 per head.

However evidence to show that social prescribing really works remains patchy – while some projects have proven their impact on improving patient wellbeing and reducing demands on health services, others have failed to show such benefits.

Its proponents say that is because schemes have been too small and short-lived to make an impact – and so now there is a push to bring social prescribing into the mainstream.

The Ways to Wellness project

Professor Chris Drinkwater was a GP in inner-city Newcastle for 23 years, but now chairs Ways to Wellness, a charitable foundation set up to deliver social prescribing at scale in Newcastle upon Tyne. 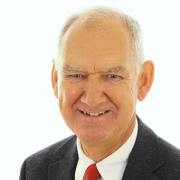 He presented his work at a Westminster Health Forum meeting in London this week on next steps for delivering the new models of care and vanguard sites.

Ways to Wellness went live in April 2015, winning a seven-year contract with Newcastle/Gateshead CCG as the prime contractor, with four sub-contractors employing link workers to deliver social prescribing to patients with specific long-term conditions in 17 practices covering a population of 120,000 in West Newcastle.

The scheme has received referrals from GPs for over 3,000 people living with long-term conditions in the west of Newcastle upon Tyne since starting in April 2015. Of these, around 2,400 have engaged with the service so far.

The acid test is, of course, whether or not this new approach can improve long-term outcomes and produce savings. Ways to Wellness will be evaluated for its impact on hospital costs when compared with a control group with similar socio-demographic features from a neighbouring area, who are not receiving social prescribing.

There are early signs that the approach is having an impact. Researchers at the Institute of Health and Society at Newcastle University have published research about Ways to Wellness in BMJ Open, based on interviews they conducted with 30 adults with long-term conditions who engaged with the project.

They found that The Ways to Wellness increased the feeling of control and self-confidence in participants, reduced their social isolation and had a positive impact on their health-related behaviours, including weight loss, healthier eating and increased physical activity. Patients reported improved management of their long-term conditions, improved mental health, greater resilience and more effective problem-solving strategies.

A remark from one individual taking part summed up the approach: “At the very beginning, we agreed that [the Link Worker] would work around me, not me around her … it’s different. You talk about it. You’re relaxed … You’re in charge of it.”

Projects need to be scaled up

Drinkwater says the picture of social prescribing in England is “a very mixed bag at the moment”, adding that there have been lots of pilots which often fizzle out and miss the chance to have a lasting impact.

“We need to stop talking about pilots – because they get dropped. We need to have prototypes instead, which get developed.”

Using a gardening metaphor, he stated: “There is a risk that a thousand flowers will bloom, but all the bedding plants will die off – we need some hardy perennials in there.”

Ways to Wellness has also had to develop its own information management system, and overcome major problems of data-sharing across the NHS, social care and the voluntary sector.

“Because if you are on an outcomes-based contract, you have to know what is going on in the system and real-time data. The NHS data systems are still incredibly clunky, and getting the appropriate data from them is a bit of a nightmare.”

Drinkwater warns that making an impact on these patients is far from easy. Trying to address ‘social determinants’ and lifestyle in deprived communities is more difficult than sending them away with a traditional prescription.

“If you have type 2 diabetes, you are smoking and drinking, it is very difficult to change. If you are lucky enough to have a lot of social capital, it’s much easier. Give [those people] a little nudge and away they go…but that’s not the case for a great deal of the population.”

He says it is already clear that link workers have saved GPs 15% of their time, which would otherwise be spent dealing with these patients. This should be taken as a sign that the health service needs to be rebalanced, away from the old ‘bio-medical’ mindset for solving problems, and towards the social model, he asserts.

However he notes that money remains scarce for this approach, and the government (as well as some GPs) remains wedded to the old mentality – he points to a recently announced large pot of money to attract GPs from overseas.

Rob Webster cautions: “Social prescribing on its own won’t solve anything. It has got to be part of a bigger system, which connects the community and the assets to the services and support. And that service and support is bigger than just social prescribing.”

Flagship projects, such as Greater Manchester’s health and social care devolution, and London’s new health strategy, could be the high-profile initiatives which help make social prescribing a routine part of healthcare – and part of the answer to creating a sustainable healthcare system – within the next decade.