The main reason Canadian guidelines are working so well is the fact that pharmaceutical industry personnel wrote them and they were vetted by a multi-stakeholder group that included Health Canada, the government agency with ultimate authority over drug advertising regulation. The new guidelines replaced the previous online activity guidelines that came into effect in 2004. Ray Chepesiuk, CEO of the Pharmaceutical Advertising Advisory Board, discusses.

Are the Canadian PAAB code and guidelines for pharmaceutical digital advertising the best in the world? At the moment I believe they are. And the main reason they are working so well is the fact that pharmaceutical industry personnel wrote them and they were vetted by a multi-stakeholder group that included Health Canada. The new guidelines replaced the previous online activity guidelines that came into effect in 2004.

For an effective self-regulation system you need three components: a willing industry, a willing government and an effective mechanism that is trusted by both industry and government e.g. the Pharmaceutical Advertising Advisory Board (PAAB). You can see what the PAAB is and what the guidelines are at http://www.paab.ca. The PAAB administers a code of advertising standards and operates a preclearance review mechanism for advertising directed at healthcare professionals with the exception of medical devices. PAAB also pre-clears and gives advisory opinions on direct-to-consumer messages made in Canada and directed at Canadians through all media.

Canada has a unique system of monitoring and ensuring that drug advertising complies with federal regulations and other standards agreed on by multi-stakeholder groups. The federal government allows preclearance agencies to review drug advertising prior to dissemination to target audiences. 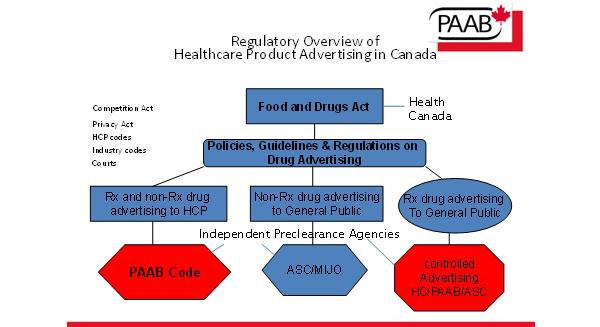 Figure 1: Overview of the healthcare advertising regulations in Canada

The code and guidelines took force July 1, 2013 after a year and a half of writing, consulting, improving and educating. The industry was heavily involved in the creation of the guidelines and Health Canada was consulted along the way.

So what do the new code and guidelines cover?

Like the previous guidelines, it covers promotional activity in all electronic media (s6.5.1). S6.2 is new and it requires the manufacturer’s name to be stated on each webpage. S6.5.3 requires PAAB review of the framework for user-generated content. S6.5.4 covers the linking of advertising to non-advertising messages and this is based on Health Canada policy. We had the industry committee revamp s6.5.5 regarding pop-up and banner ads. Social media is covered in the guidance section “Sponsor Oversight of Online Activities”.

Canadian law has a restriction on direct-to-consumer advertising of prescription drugs to the general public. It allows name, price and quantity in messages to consumers, so not much can be done in the form of messaging and thus, we do not see many Rx product advertising directed to the public. However, that makes audience access to electronic sites a major issue and s6.5 covers the principle of proper gating of sites. The code is broad in principle and the additional guidelines provide a variety of ways that companies can achieve effective, legal gating. Health Canada is sensitive to this area of the code and they have provided policy guidance for the PAAB. A password is required for entry (with controlled distribution) and keep in mind that the landing page is accessible to consumers. Examples are:

• DIN (for patient info only)

“Canadian law has a restriction on direct-to-consumer advertising of prescription drugs to the general public.”

You can also use controlled distribution (to the targeted audience) of “keys” which bypass the barrier E.g. CD, USB web key, email. Another approved mechanism is to allow access through moderator approval (with license verification on the front end)

S6.5.7 remains as a reminder for all companies to adhere to Canadian privacy and spam laws. This is an evolving area that is tremendously important from a legal liability aspect.

The industry committee members played a major role in generating new guidelines to cover ‘static online content’ (s6.5.8) and requirements for dynamic content (site-generated or user-generated s6.5.9). There are new recommendations for monitoring and addressing inappropriate content. Off-label content is not tolerated in any manner and should be removed. Companies should add appropriate disclaimers for use of the site or activity.

There are new guidelines for search engine optimization (SEO) and search engine marketing (SEM) again written by industry personnel. Competitors should not be mentioned or targeted in a negative or unbalanced manner. An important element in this area is the use of key words that may exceed that allowed by the regulations that restrict advertising messages to consumers.

It is important to note some other sections of the code outside of s6.5 because they are relevant to digital advertising rules. For product advertising, s2.10 requires that the indication be placed on the first page of any advertisement including banner ads.

Sections 7.1 – 7.3 is undoubtedly the biggest change in the code. The current format for PAAB PI has been replaced with an URL or electronic link to a web destination containing the complete product monograph. This is a world first for health professional targeted drug advertising. The industry asked for the change and Health Canada agreed that the new format would meet the requirements of section 9.1 of the Federal Food & Drugs Act.

“We have had three months of implementation and not many complaints about the principles or the application of the guidelines.”

The PAAB has seen growth of the number of advertising / promotional systems for websites and apps, from 6% of total review volume in 2007 to 21% in 2012. websites / apps house large amounts of content that is not typically read in their entirety within a single sitting. It is difficult to predict the path users will take through the site / tool. The indication should appear on the home page. Alternatively, if all marketing claims beyond those listed in PAAB code 6.6.d are promoted in discrete portals AND none of those claims appear on the home page / URL / landing page, the indications can be presented on the first page of each portal containing drug claims in excess of those listed in s6.6.d. (exemptions from PAAB review). This disclosure content should be visible without any clicking unless all claims are also only accessible by clicking menu options. This requirement is intended to ensure that safety copy prominence is comparable to claim copy prominence. A prominent menu item which is visible from any screen on the site (e.g. a navigation bar item) must lead directly to a page within the site containing only the indication and the required level of fixed fair balance (Note that the term “fair balance” is not well understood among HCPs). The menu item title “Safety Information” is suggested.

The PAAB has made available a free electronic app that contains interactivity while learning the code and guidelines.

We have had three months of implementation and not many complaints about the principles or the application of the guidelines. While other countries were waiting for their respective governments to provide written guidelines, Canada initiated this process over a year and a half ago. This is a great example of how the self-regulation system in Canada works hand in hand with the federal government. It is truly a unique system of advertising control and compliance in the world.

Ray Chepesiuk is the Commissioner (CEO) of the autonomous Pharmaceutical Advertising Advisory Board in Canada and is responsible for operations and the administration of the preclearance review mechanism. He has held management positions in community, hospital and government pharmacy and served on the Ontario College of Pharmacists Council, chairing five committees.

Ray achieved a Pharmacy degree from the University of Toronto, a Master in International Business (Marketing) degree from the University of South Carolina and a Medical Marketing Certificate from UCLA. He is a Certified Association Executive by the Canadian Society of Association Executives. He has received a United Nations medal for peacekeeping which led to the Nobel Peace Prize in 1996 for all previous U.N. peacekeepers. He was inducted into the Canadian Healthcare Marketing Hall of Fame in 2009. He was inducted into the Northwestern Ontario Sports Hall of Fame in 1991 as part of a team.

Are the Canadian PAAB code and guidelines for pharmaceutical digital advertising the best in the world?