Pharma is moving towards greater patientcentricity – but there are plenty of obstacles and commercial pressures remaining, reports Andrew McConaghie.

Eyeforpharma has been holding its annual conference in Barcelona for more than a decade, and has traditionally focused on the ‘nuts and bolts’ of pharma’s commercial engine: marketing excellence, salesforce effectiveness, customer relations with healthcare professionals, and so on.

But pharma has been waking up to a new reality in healthcare in recent years – the shift towards patient-centred healthcare, or ‘patientcentricity’. At this year’s conference, the theme was one of the most talked about – but it wasn’t just talk, many companies were providing evidence of a shift in corporate behaviour.

Here are eight insights from the many speakers who assembled at the three-day meeting.

1. Yes, ‘patientcentricity’ is in danger of becoming a buzzword

The global pharma industry tends to latch on to a new concept or buzzword every 3-4 years, then grows tired of it and moves on to the ‘next big thing’. Pharma leaders know ‘patientcentricity’ could be another such empty buzzword.

Andy Jones is Vice President Pharmaceutical Innovation, AstraZeneca (AZ) and was one of the eyeforpharma speakers who conceded that this was a concern.

Nevertheless, he said there has been a major shift away from pharma just selling products to understanding what the customers want – and now these customers include patients.

He explained that AZ is investing in programmes to support patient self-care and patient engagement. However Jones acknowledges it would be ‘fairly depressing’ if patientcentricity was simply the ‘next big thing’ in pharma.

Jones believes this doesn’t have to be the case – but says it’s beholden on pharma to honestly assess how well set up their organisations are to support patients.

2. So what is patientcentricity really?

The problem with ‘patientcentricity’ is that it’s hard to define, and means different things to different people. However it is clear that it means putting patients at the centre of healthcare; re-designing health systems and empowering them to be co-decision makers alongside healthcare professionals to manage their condition wherever possible.

Lode Dewulf, Chief Patient Officer at UCB provided one of the most precise definitions when he talked about the so-called ‘Patient Trifecta’. This is a concept of fulfilling three major objectives: improving clinical outcomes, taking into account personal circumstances and understanding an individual patient’s life goals.

Dewulf says balancing these three factors could re-focus healthcare. For example, instead of trying to simply prolong the life of a man with cancer through further treatment, he might say his main goal is to walk his daughter down the aisle – this then becoming the focus of the healthcare system as well.

Perhaps an even better (more all-encompassing) definition of the Trifecta is this: improving outcomes, improving patient experience and reducing waste and cost (visit the US-based PFCC website for more).

It’s also helpful to understand what patientcentricity is not.

Sanofi’s Anne Beal: “If it doesn’t have an impact on patient outcomes, then it’s just a feel-good exercise…and I don’t think any of us are interested in that.” 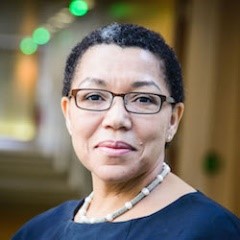 Anne Beal is one of pharma’s most high-profile patient-centric advocates – a paediatrician by training, Sanofi recruited her to become its first ever Chief Patient Officer in 2014. She joined the firm from Patient Centered Outcomes Research Institute (PCORI), the United States’ largest research institute focused on this emerging field.

Her background in frontline medicine and health research means Beal is taking a rigorous approach. Sanofi is, of course, a big player in diabetes, and Beal and her team are building up expertise in understanding what motivates different types of patients.

“We wanted to focus on giving patients what they need to become empowered and take control of their conditions,” she says.

Peer-to-peer support has been shown to be one of the best approaches. “Having patients talk to one another, support one another, works – we know it is very effective,” she states. “We are trying to apply these insights into our patient support programmes.”

Beal quotes a maxim illustrating the shift away from paternalistic healthcare to a more empowered patient model. The question has moved from “What is the matter with you?” to “What matters to you?”

3. Where do the ‘beyond the pill’ approach and digital technology fit in?

The ‘beyond the pill’ concept – that pharma needs to extend its customer service beyond simply selling medicines – is key to a patientcentric approach.

This is now deliverable through digital technology, so this is also a vital component, and companies across the sector are exploring how to do it.

In fact, if we were looking for a shorthand description of ‘patientcentric’ initiatives in pharma in 2016, this would be it: a service or technology (usually digital) which helps patients and healthcare professionals manage a medical condition.

Digital technology, including social media and health apps, is also becoming the primary means to generate patient-related data and understand what is valuable to them.

There were many examples from across pharma, with some projects already delivered and at the ‘case study’ stage, with many more in the pipeline.

For example, Andy Jones’ division at AZ is looking at technological solutions to allow respiratory patients to make their inhalers digitally connected. This will allow HCPs to help them to use their medicines correctly. 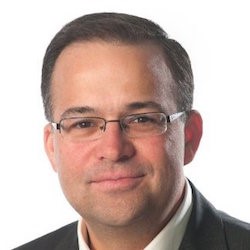 Meanwhile, Jason Degoes, SVP, Patient Solutions at Teva reported that his company has already has its Shared Solutions service for multiple sclerosis patients, and is working on technological initiatives to help patients in other areas, such as asthma, better self-manage their care.

An award for ‘Most Valuable Patient Initiative or Service’ was also presented at the conference, with Sanofi’s MOSKI Kit gaining the honour. The collection of educational games to improve mosquito net use was developed for use in Africa, and was particularly commended for its ‘co-creation’ and testing with users in four countries.

4. Who’s leading patientcentricty in your company – and how are they doing it?

One key question is how best to drive forward this agenda inside the still siloed world of global pharma companies. There was much discussion about how marketing and medical departments needed to work better together. At least one speaker said there is a danger that priorities can drift back to ‘pushing products’ rather than patient-centric goals when a company’s profits are under pressure.

One of the practical questions concerns whether or not to require ‘patient solutions’ divisions to eventually be self-funding. It was clear that virtually all the companies presenting in Barcelona had set up autonomous units to focus on developing these capabilities, with no onus on them to generate revenue. However this makes them vulnerable to budget-grabbing from other divisions, something which could undermine patientcentricity and digital initiatives. The challenge, then, is for them to demonstrate their value to patients and to their colleagues internally.

“Now AZ colleagues are asking it to build tools – it could be from the marketing side, or from the medical side,” he says.

“If we were a start-up, we would be looking for our second round of funding now,” he said.

5. How does pharma reinvent its processes around patient needs?

Most pharma companies presenting in Barcelona said they were restructuring their businesses to become more patientcentric – and agreed that this is a major cultural shift.

The consensus seemed to be that imposing a new structure and approach from the top is less likely to work – but, above all, the strategy must fit the company culture. 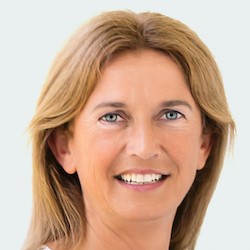 UCB’s Lode Dewulf agreed, saying: “We live in a world where control is no longer possible, including in corporate structures.” UCB is therefore aiming to create ‘space’ for colleagues to make their own decisions, and nurture consistency in terms of how it, and all its people, behave.

Andy Jones added, “If you create a centralised organisation, it makes a lot of people think that responsibility for a goal is being taken care of elsewhere.” He believes people instead need space to try things out, and learn from failures and setbacks.

6. How can patients become truly equal partners in healthcare?

As patients are asked to take a greater role in decision-making, it is clear that more expertise and technology are often required for them to become equal partners. One groundbreaking programme which is addressing this is the European Patients Academy on Therapeutic Innovation (EUPATI), with the first cohort of expert patients speaking at eyeforpharma. They can contribute to re-designing clinical trials to be more patient-friendly, and address access issues.

7. How do you measure success in patientcentricity?

This question is clearly one that pharma hasn’t yet cracked. 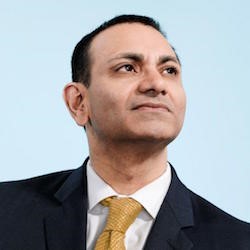 He says the real question should be: have I created value [for the patient] with this launch?

UCB has just launched a new epilepsy drug, and has created parameters and ways of measuring its success from the perspective of patients. Naturally, he adds, this has been done by collaborating with patients to agree on the right parameters.

8. Can you serve shareholders and patients equally?

Undoubtedly one of the thorniest questions is how sincere pharma can be about putting patient interests first, when generating profits for shareholders is so central to the business.

Of course it’s fair to say that companies that improve the lives of patients through new medicines will be rewarded commercially – and that therefore these two aims can be aligned.

This is not a new debate, and indeed George W Merck of Merck Inc put it eloquently in his 1950 declaration:

“We try never to forget that medicine is for the people. It is not for the profits. The profits follow, and if we have remembered that, they have never failed to appear. How can we bring the best of medicine to each and every person? We cannot rest until the way has been found with our help to bring our finest achievements to everyone.”

Of course, there are plenty of examples where pharma has let itself down, and pursued profits at the expense of patients. These are most clearly demonstrated by the numerous Corporate Integrity Agreements (CIAs) in the US in recent years, such as GlaxoSmithKline’s $3 billion fine in 2012 for unlawful drug promotion. So patient interests and profits aren’t automatically aligned – it requires vigilance and sound decision-making within pharma companies to make them so. 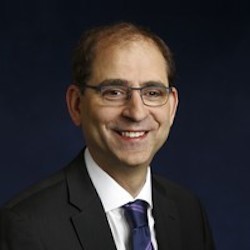 Speaking as the closing keynote speaker at the conference, Novartis’ head of pharmaceuticals David Epstein spoke from the heart about how his company was pursuing a patientcentric vision.

Asked about how pharma could square patientcentricity with Wall Street’s demands (and specifically in light of CIAs) Epstein said the industry had to find a way to do this.

Giving an example, he cited how Novartis’ recent efforts to cut back clinical trial bureaucracy made life easier for patients and saved time and money.

He also said that year-on-year price increases in the US market ‘looked bad’ and had to stop. At the same time, he said the US healthcare system needed serious reform, including high co-payments imposed on patients by insurers.

Finally, Epstein said individuals within pharma could have a direct influence on the direction of their companies.

“Do you speak up when you see your management going in the wrong direction? How often do you wonder why you are in a meeting at all, and challenge why you’re doing it?”

He concluded by providing a simple test for anyone in pharma to use.

“Imagine if there were patients watching this meeting – would they think that they have their best interests at heart? If the answer is no then there is still room to improve,” he concluded.