A UK-led plan to head off an ‘antibiotic apocalypse’ is calling for billions of dollars from governments and big pharma. As its leader heads to the US this week, Andrew McConaghie assesses the ambitious plan.

The pharma industry is being asked to pay into a $2 billion research fund aimed at heading off a global crisis in antibiotic resistance, with the UK-led campaign arriving in the US this week.

Ex-Goldman Sachs economist Jim O’Neill is head of the Review on Antimicrobial Resistance (AMR), an ambitious initiative aimed at creating a global consensus on how to fight the deadly and growing problem. 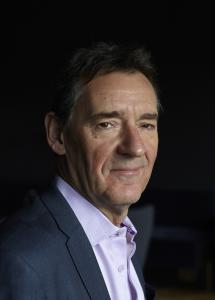 He is urging co-ordinated international efforts to prevent an ‘antibiotic apocalypse‘ threatened by the spread of drug-resistant infections which, if left unchecked, could kill an extra 10 million people every year by 2050.

O’Neill is making a whistlestop tour of key decision makers in the US this week to drum up support for the fund which his sponsors, the UK government and global health charity the Wellcome Trust, want to have finalised by autumn 2016.

Another key proposal is the creation of a fund worth between $16 billion and $37 billion per decade, which would reward any pharma or biotech company for bringing a new antibiotic to market.

The plan would act as a kind of prize, rewarding companies with a single payment of $2-3 billion upon approval, but stipulating that the drug would then have to be sold on a not-for-profit basis.

O’Neill and his team have devised the plan, currently still being finalised, because all stakeholders agree that the market for antibiotics is ‘broken’. Incentives for pharma-led R&D have dwindled, and most big pharma firms have withdrawn from the field entirely. Once approved, new antibiotics are likely to be saved as the last line of treatment, making them a poor commercial prospect for pharma.

The $16-$37 billion fund is envisaged to be funded by international governments, and the AMR Review says finding these billions in funding will help prevent a far greater cost to health – which it estimates could represent $100 trillion in lost economic output.

Speaking last week at a meeting on AMR in London, O’Neill addressed the smaller, $2 billion AMR Innovation Fund, aimed at ‘jump starting’ a new innovation cycle in antibiotics by funding early-stage research for an initial five-year period. He believes global pharma companies should provide the money for this fund – and should be persuaded by a moral obligation and ‘enlightened self-interest’ beyond commercial considerations.

He says “people are going to be asking questions” about whether or not pharma is doing its bit to head off an AMR catastrophe.

“They [the industry] are going to have to have more skin in the game.” he said.

O’Neill and his team kick off their US trip with an address to the United Nations in New York, plus a meeting with the World Bank. The delegation then moves on to the huge industry gathering, the BIO 2015 congress in Philadelphia. Here he will present his case for the full breadth of its proposals, but specifically the two multi-billion funds. The visit will be rounded off by a meeting with senators in Washington, who will be needed to support US federal funding for the initiative.

O’Neill says his team believes the $16-35 billion will produce sufficient drugs over the next decade – the target is for 15 new antibiotics a decade, of which four should be ‘breakthrough’ products with truly novel mechanisms or novel therapeutic profiles.

“We don’t know if these figures are exactly right; we welcome comments on this. It’s a very important part of our trip to the US,” he added.

Despite a promising revival in new antibiotic drugs – the FDA approved no fewer than four last year – there is still a desperate need for new drugs to replace existing treatments which are increasingly seeing resistance, such as the carbapenem class.

Can pharma be persuaded?

While raising $2 billion for the Innovation Fund may not prove too difficult, gaining buy-in from pharma and international governments for the ‘prize’ fund may prove more difficult.

Disinvestment from antimicrobial research has been heavy in recent years, leaving little infrastructure within big pharma companies to build on.

Meanwhile the novel idea of a ‘prize’ fund goes against the grain of pharma’s profit-making model, and could face resistance from pharma companies wary of the fund destabilising their existing presence in the field. Despite the dearth of new drugs, the global market for existing antibiotics is worth many billions, with demand growing in emerging markets. 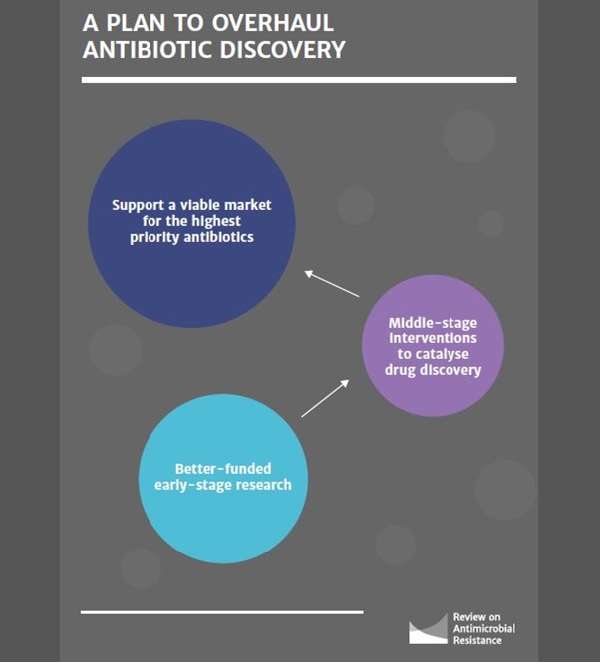 Despite these concerns, O’Neill’s expertise in economics and business, and knowledge of the developing markets (he is best known for coining the ‘BRICs’ term) could help his plan become a reality.

Two pharma companies – GSK and Roche – have pledged their support in principle for the AMR Review, but are yet to confirm their commitment with money.

This week’s trip to the US is therefore crucial in building support from pharma, the World Bank and US policymakers.

Spreading the word around the world

However, O’Neill’s masterstroke could be in getting China to take ownership of the AMR agenda. He wants China to adopt the AMR Review proposals when it hosts the G20 meeting in November 2016 – and says it could signal a turning point where international efforts are led by China, rather than dictated to it by the US.

But the campaign needs to go beyond politicians and the pharma industry, and engage and educate ordinary people around the world in order to prevent an antibiotic doomsday. Experts in the field agree that greater awareness of the need for hand washing and avoiding misuse of antibiotics will be vital to preserve any gains created by new treatments.

This year has seen an upsurge of opposition in the American public and media to food production using antibiotic-treated animals, and Wal-Mart and McDonald’s have both recently declared new policies to limit or phase out their use.

O’Neill says he will aim to use this momentum to further his message in the US, and is also looking at ways to reach people in the developing world, where drug resistance is particularly acute.

He says he is already in talks with the BBC to promote AMR awareness to its global audience, and thinks China’s social media platform WeChat, and even India’s Bollywood films, can help spread the word to billions of people around the world.

As has been repeatedly pointed out, the scale of this challenge is immense – but the cost of inaction and the threat to global public health would be even greater.

Read more about the AMR Review on its website here and its latest report, Securing New Drugs for Future Generations

Who will pay the price for inaction on superbugs?