Today we have an article from linguistics expert, Irene Agnew, about the importance of thorough language translation in all areas of the biotech and pharmaceutical industries throughout the emerging markets. As Irene discusses, without proper translations, physicians and patients across the world may not be able to understand one another within the healthcare environment, which could lead to serious consequences.

Language translation is an unsung hero that is used in marketing, research, business-to-business, and in all international communication. Comparatively speaking, translation can be considered as a new industry — the importance of which is not fully recognized by the general public.

“Why translate? Everyone speaks English!”

Fifty years ago, the philosophy in the Unites States was that everyone in the world speaks and understands English — so why should we bother to translate? There were no translation agencies. Translation was done primarily in libraries, mostly to translate bibliographies of foreign authors whose materials were used by researchers in educational institutions. With no multilingual fonts at our disposal, translations were done on IBM Selectric typewriters with foreign language “type balls”, which were available only for a few languages. When it came to producing text in Chinese, a heavy Chinese typewriter with only 2,500 characters was used to represent a language that consists of tens of thousands of characters. 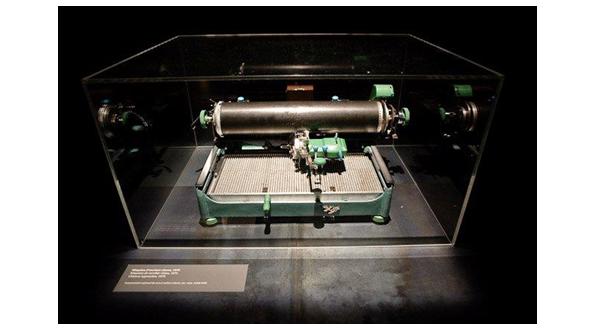 Figure 1: An example of a Chinese typewriter with only 2,500 characters, used before Apple.

Today, using an Apple computer, fonts are available in virtually every language, including Hindi, Navajo, Urdu, and Thai.

“Translation for the biotech and healthcare industries has even stricter linguistic requirements, as any deviation can affect the end-user’s health and safety.”

Businesses gradually realized that the assumption that “everyone understands English” was not enough to make their market grow. What U.S. companies needed to create more business was to make their non-English-speaking clients feel that they were important enough to receive information in their own language. But the information not only had to be linguistically correct, it also had to reflect an understanding of the clients’ culture. Globally, translation is a vital tool to market products or services to different countries, for an example see Global Health Management’s website. Locally, in the United States, it’s also used to reach out to the rapidly growing non-English-speaking communities, for an example see the Southern California Gas Company’s website. Today, translation is a vital tool in every type of industry — each having its own nomenclature, brand, and marketing approach. In addition to linguistic issues, cultural issues must also be considered in the translation process to make sure that the final product truly reflects the intended message.

Translation for the biotech and healthcare industries has even stricter linguistic requirements, as any deviation can affect the end-user’s health and safety. Items being translated for these industries include:

• Videos with voiceover and subtitles

Translators are aware that even the slightest deviation from medical specifications, product labeling, or informed consent documents may cause major problems to a patient. In handling these documents special attention is given to dates, dosing, medication schedules, and all other pertinent information. The entire translation team strictly maintains confidentiality of information.

“…translation is a vital tool in every type of industry…”

An understanding of the culture of the country is especially important in the biotechnology, healthcare, and medical industries. A vivid example of this surfaced with the recent passing of the 2012 Culturally and Linguistically Appropriate Services Act, which states that all new health insurance information is to be provided in multiple languages, determined by 10 percent or more of the population residing in the claimant’s country. In a recent census, this included Spanish, Chinese, Tagalog, and Navajo. This created some challenging linguistic and cultural issues for health service providers as well as for medical translators and interpreters. It necessitates much closer collaboration between industry and the linguistic staff generating the foreign language versions.

The Navajo concept of healing and healthcare embraces the whole of life, since it’s aimed at achieving, maintaining, and restoring harmony between human beings, nature, and the spiritual.

The Navajo language is a very descriptive language. Many words don’t always have exact equivalents in more commonly structured languages such as Spanish, French, German, or Russian. For example, in Navajo, a cell phone is “one who spins”, April is “small plants” (growth of new life), cancer is “a wound that does not heal”, and diabetes is “sugar illness”.

The assumption by some that because of this uniqueness the Navajo language is in some way an inferior language, blocks a broader and more comprehensive approach in dealing with the linguistic and cultural issues of Navajo. The understanding of the Navajo culture is vital for successful mastering of communication with the Navajo population.

“…all new health insurance information is to be provided in multiple languages, determined by 10 percent or more of the population residing in the claimant’s country…”

When translating into Navajo, a much more creative approach must be used. Here a term such as “blood glucose” may have to be rendered by paraphrasing it as “how food is broken down into a sweetened watery substance that builds up throughout the body”. Working with the Navajo language requires a close collaboration with the source content developers to recreate the original concept and make it both linguistically and culturally welcoming to patients and consumers.

In Filipino culture, similar to the Navajo, the principle concept of health is that of balance, and illness is the result of imbalance. Some fundamental principles of “hot” and “cold” play an important role in their health. Filipinos avoid cold drinks and foods in the morning or during fever because they believe that the body and muscles could ache when suddenly cooled. Having an interpreter explain this concept in a hospital setting to a doctor or nurse treating a non-English-speaking Filipino patient who is resisting the use of an ice pack goes beyond simple language translation and requires the interpreter to have the knowledge of the patient’s culture.

As we do more work in the biomedical field with developing nations, more challenges will be encountered and new solutions will be found. New glossaries and dictionaries will be developed to capture the newly created terms that will better capture the intended meaning of the source word, idea, or concept. And, hopefully, translators and interpreters will be recognized not just as word-for-word renderers but also as important contributors to a better understanding of health and medical issues.

Irene Agnew is Founder and President of Agnew Multilingual established in 1986. In her current position, she works closely with Agnew’s key clients, including Raytheon, Kaiser Permanente, Toro International, Sempra Utilities, Activision, and the TJX companies. Prior to starting her own business, she worked as a consultant for Bunker Ramo Corporation on machine translation research and at the height of Cold War translated radio broadcasts from USSR for the US State Departments’ Foreign Broadcast Information Service. She was the chief translator for Rand Corporation’s publication, “Soviet Cybernetics Review,” wrote a monthly column on “Russian Press Report on Soviet Science” for the Science Digest and designed and taught technical Russian courses for engineers at Rockwell International.

Irene was born in Harbin, China, of Russian heritage, educated in China, Japan, and the University of California. She was a founding member of the National Association of Women Business Owners, Ventura County, and a member of Westlake Village Rotary Club, the American Translators Association, and Women Business Executive Council (WBENC). Irene was also the author of Glossary of English and Russian Computer and Automated Control Systems Terminology and Technical Russian translation manual.

How can we improve language translations throughout the emerging markets?