Looking back, looking forward – Janssen’s 60 years on the psychiatry horizon 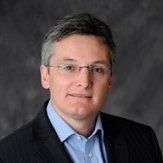 Since Dr Paul Janssen established his company in 1953, to research mental health conditions, it has launched 16 neuroscience treatments in the UK. Today, the focus is on predicting and pre-empting, improving targeted treatments and partnering on initiatives to reduce stigma and support patients.

Mental illness is the single largest cause of disability in the UK.1 Mental health issues, such as anxiety and depression, are estimated to affect approximately one in six people at any time in the UK.2

Mental and physical health are closely linked, with people with severe and prolonged mental illness at risk of dying around 15-20 years earlier than the general population.3 However, only around one quarter of those with mental health conditions are receiving treatment, and only 13% of the NHS budget goes towards such treatments.1

As well as the medical burden, the economic and social burden is considerable:

Psychiatry landscape in the 1950s

Historically, people with mental health problems have been stigmatised and marginalised. It required the Mental Health Act of 1959 to give the mentally ill the same legal status and protection as the physically ill.5

Mental health services have been underfunded, poorly staffed and have not had the same priority as that awarded to physical health. Mental health patients were put into out-dated buildings, away from the general population, with fragmented services and care. Patients often faced long-term or life-long institutionalisation.

Prior to the development of novel drugs, treatments were largely non-pharmacological and, given the long-term and intransigent nature of symptoms, were often highly experimental, such as lobotomy and insulin shock treatment.

However, this period saw a very gradual transition from the reliance on psychoanalytical treatments to the psychopharmacological era, which supported the assertion that psychiatric disorders had underlying biological disturbances that could be targeted.

Janssen was founded in 1953 by Dr Paul Janssen, who aimed to change many of these issues through his extensive research. As he said, “There is so much more to be done; the patients are waiting.”

Dr Janssen’s research culminated in the breakthrough discovery of one of the earliest antipsychotic treatments in 1958 (the first antipsychotic was chlorpromazine, which was discovered in 1950). Since then, Janssen has continued to identify novel treatments for schizophrenia and psychosis with improved side effect profiles compared to typical or first-generation treatments.6 Also, innovations in long-acting treatments have assisted adherence and reduced the risk of relapse.7

In fact, Janssen has launched 16 neuroscience treatments in the UK, to treat a range of conditions. Importantly, the discovery of novel medicines has allowed the development of more holistic patient treatment approaches, including training and psychological therapies, since the most florid symptoms are better controlled.

Mental health treatment has been transformed over the last 60 years, aided by medical breakthroughs, partnerships, and technological advances in brain imaging, drug discovery, genetics and genomics.

Significant advances in the understanding and treatment of psychiatric diseases have been accompanied by a growing commitment in communities, workplaces, schools and government to change perceptions. Mental health conditions are now being pushed to the top of the health care agenda, with continued investment, and awareness and education campaigns, such as the recent “We Swear” campaign by the mental health charity, MQ: Transforming Mental Health through Research.

The new emphasis on mental health was demonstrated by documents such as the 2016 ‘Five Year Forward View for Mental Health’3 and the Medical Research Council’s 2017 ‘Strategy for Lifelong Mental Health Research’.2

There is now increasing use of digital and mobile health approaches to improve access to psychological/cognitive behavioural therapies, as well as investment from stakeholders in the Innovative

Our ongoing research is focused on improving understanding of the basic biology and neuropathology of the different diseases, and discovering novel targets towards the identified biology, just as with other conditions, such as heart disease and cancer. Also, we are working to address specific patient needs, such as increasing speed of effect and targeting poorly-treated symptoms.

Improving the lives of people with mental health conditions is best achieved by understanding the reality of the patient experience, so we actively invest in building trusted partnerships, including in mental health policy. For example:

Looking to the future

We have always been, and remain, committed to psychiatry. Our researchers continue to identify novel targets based on a growing understanding of the biology. We are continuing to improve existing treatments, in terms of speed of effect, side effect profile, duration of action, as well as exploring early intervention, identifying responders to treatment and targeting treatment-resistant disease.

Today, focus is on a dimensional approach to central nervous system disorders that recognises inter-patient variability. The goal is to offer personalised treatments, which improve patient choice and, hopefully, outcomes. Also, to move from ‘diagnose and treat’ to ‘predict and pre-empt’, avoiding irreversible cellular and physiological damage.

Nine for 2021: Addressing the pandemic legacy

Available on demand: Measuring the cost of the right interventions in diabetes