From open source to open science

Kevin Lustig explores open science and how it can be used to increase access to scientific data. Kevin also looks at how pharmaceutical companies, such as Pfizer and Merck, are promoting their own brand of open science.

The Internet is bridging the gap between knowledge and access, resulting in revolutions in journalism, music and social interaction, the open source movement and, now, the open science movement.

These tenets closely parallel those of open source, the spiritual predecessor of open science. The non-profit Open Source Initiative’s founding goal about 10 years ago was to have open source software provide “better quality, higher reliability, more flexibility, lower cost, and an end to predatory vendor lock-in.” The result? Open source projects like Open Office Suite and the Android platform, which has spawned an entire ecosystem of user-friendly (and often free) products and creative apps. What started in the early 2000s as a movement is now an industry with expected revenues of $8.1 billion in 20131, a testament to people power.

“Although the NIH now makes huge amounts of research data available online, the fight for open access has only just begun.”

Although the National Institutes of Health (NIH) now makes huge amounts of research data available online, the fight for open access has only just begun. Private journals still hold most science publications hostage in their vaults, requiring an online subscription, a one-time payment or a copy of the physical journal to read a publication about data and results that were obtained primarily through taxpayer funded research. There are free publication search tools such as Pubmed or Pubget that let you find the publication you want, but only tease you with access to a brief abstract. While most academics can get full publications via their university library system, the rest of us are left out in the intellectual cold.

For open science to thrive, taxpayer-funded research results need to be freely accessible to everyone. As James Boyle at Duke has said, “think of the speed of innovation the open web has unleashed. Then imagine that transformative efficiency applied to science and technology2”. Non-profit journals such as Public Library of Science (PLoS) are helping to lead that transformation.

Open access is not just about enabling open science. It’s about ensuring good science through rigorous peer review. When the revolutionary idea of arsenic-based life was proposed, it was a citizen scientist, Rosie Redfield, who tested the methodology of the paper and helped debunk the hypothesis3.

The Do-It-Yourself Biology (aka DIY Bio) movement has gained surprising momentum in just a few short years. Starting as a Google group of scientifically inclined citizens, DIY Bio has developed into a key driver of open science through the creation of the same type of user communities that enabled open source to succeed. According to DIYbio.com, there are 25 local groups that meet up worldwide, 8 of which already have community laboratory space accessible to citizen scientists.

“Open access to information may provide the foundation for open science, but the Internet provides plenty of other nifty apps and tools that are changing the way science is done.”

As most research projects at some point require access to complex laboratory equipment or technologies, these community labs are a critical success factor for open science. BioCurious in Sunnyvale, CA and GenSpace in Brooklyn, NY are two of the first and largest community labs, with dozens of ongoing citizen scientist / hacker research projects. It wouldn’t be surprising to see community hacker labs in most major US cities within the next few years.

Taking advantage of the Internet, part 2

Open access to information may provide the foundation for open science, but the Internet provides plenty of other nifty apps and tools that are changing the way science is done. For example, both citizen and professional scientists can now seek funding for their projects from the general public, using fundraising sites such as Kickstarter, Petridish and Razoo, to name just a few.

And if you have funding, you can now take advantage of thousands of global research service providers to carry out any life science experiment imaginable. Online “virtual” marketplaces for research services and products are bringing ecommerce to research and empowering citizen and professional scientists to a degree never before possible. Effective virtualization and communication tools allow for collaborations to span from Seattle to Seville to Singapore. Virtual science means a research project can be run 24/7 from any laptop computer with access to the Internet. 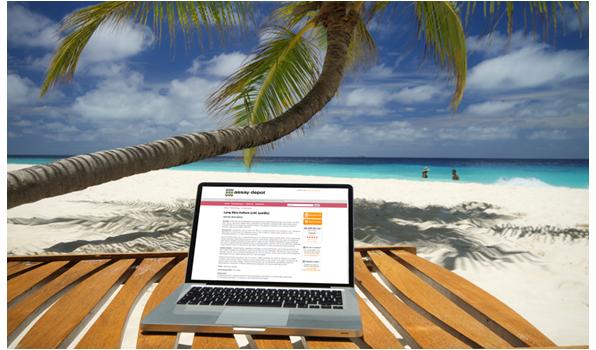 Figure 1: open science means research can be conducted anytime and anywhere, including the beach!

“The funny thing about scientific innovation is that you never know when it will strike or who will be the innovator.”

Pfizer’s recent use of Facebook for clinical trial recruitment4, although not exactly a resounding success, is a good example of how pharma is waking up to the potential of social media to change how drug research is done. Other large pharma companies are following suit. Merck recently gave significant funding to CALIBR5, a San Diego-based non-profit research institute, as part of a new approach to translating academic research results into biomedical drug candidates. Janssen, the pharmaceutical arm of JNJ, also recently opened a research innovation center in San Diego, but equipped it with research laboratories and offices for up to 20 small drug discovery and medical device companies6. For a single monthly fee, companies get a fully equipped laboratory and, more importantly, access to technologies and expertise typically only available within a large pharma company. These attempts to promote open innovation are a small, but positive, sign that the industry recognizes the need for change.

The funny thing about scientific innovation is that you never know when it will strike or who will be the innovator. It can come at anytime from anyone, even high school students. At its heart, open science is really about lowering the barriers to research so that scientists of all stripes, professional and citizen can turn their thoughts into actions and do something about their probably crazy, but possibly brilliant, ideas!

Kevin has spent most of the past 30 years either managing research groups or running his own experiments at the bench. He is co-founder and CEO of Assay Depot, which owns and operates a network of online Research Exchanges that have the potential to dramatically improve how life science research is done. In 2001, he founded and ran R&amp,D at Kalypsys Inc., a 100-person fully integrated drug discovery company that raised over $170 million in venture funding and put five drug candidates into human clinical trials. Kevin founded Kalypsys because he was convinced that drug discovery could be done much more efficiently than it was being done by the pharmaceutical industry, a theme that carries over to Assay Depot today.

How can pharma continue to promote open science?