(Continued from “Decision making and negotiation part one: technology licensing”)

Today we are faced with the price to be paid for an acquisition. Literature reports that about 70% of all M&amp,As projects do not perform as expected1 and a recent study performed on IPOs in the Swiss biotech industry reports that 90% of them lose the money after a year2. Additionally, Facebook’s recent fate could be a cruel example of what managers can be induced to when they do not understand the mechanics of valuations, or do not exert their governance duty properly. 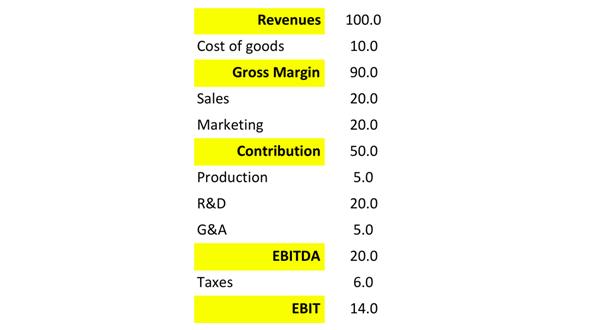 Figure 1: An example of a company’s profit and loss statement (P&amp,L)

As an example, say you own the company, whose P&amp,L is reported in figure 1, and your Planning and Acquisition VP comes to you with an acquisition project that shows the same profile as yours. Revenues are planned to grow at 3%, and costs to be maintained at their current level over the planning period of 10 years, as approved during the last budgeting round, and subsequent strategic review.

“Never invest in a business you do not understand.”

Bidding time comes around and your Planning and Acquisition VP presents her recommendations to the board. She argues that your company should pay a premium of 30% over the ongoing P/E in order to convince the shareholders to sell, and to buy the approval of the existing management team who fears for its future.

“Literature reports that about 70% of all M&amp,As projects do not perform as expected…”

The board asks how this premium over market estimates can be justified, and the VP answers with the traditional arguments: post acquisition we are going to increase the sales by 5% instead of 3% p.a, then we shall reduce costs by 15%, and we estimate that the terminal value ought to be included in the valuation. All these measures will help raise the company value from €125 to € 315, and thus we recommend paying the 30% premium over current P/E.

The board nods positively, except one non-operating director who says:

“Well, why don’t we first try these measures on our own business, as it seems so easy to grow sales 5% instead of 3% (a 66% increase by the way), to reduce costs across the board by 15% [how can sales grow faster with a marketing and sales budget reduced by 15%] and sell the company at 3 times sales down the road, when our current P/E is 7.1, equivalent to 1.1 times sales?”

Figure 2: An example of a company’s negotiation table

And then he pulls out a table (such as figure 2) showing the impact of any of these measures on the NPV and EBITDA, asking each time, why can’t we do it on our own business first?

Deciding upon a proper thinking process

When asked by the president of the board what he would suggest, the non-operating director proposes a value creating plan based on sound analysis of Pareto effects on contribution and gross margins, threshold effects on marketing and promotion expenses, and redundant positions in the G&amp,A sector. 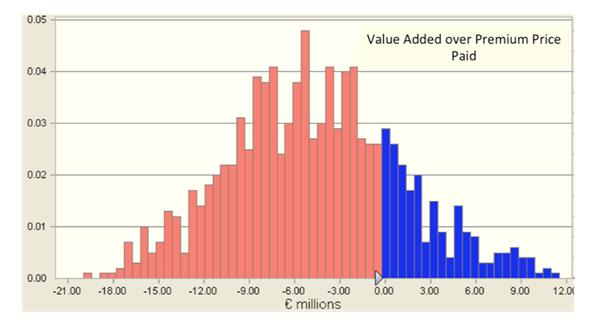 Figure 3: Computed with Excel add-ons, the blue surface is proportional to the probability of being in the money, 0.2 in this case

When these measures are diligently implemented using the proper evaluation tools, the computed value of the targeted company can be increased.

“Companies acquired for their development pipelines raise the additional issue of sharing value and risk.”

However, in our case the probability of adding value over the premium price paid is less than 0.2. This is highlighted in figure 3, above.

Companies acquired for their development pipelines raise the additional issue of sharing value and risk. It might be in the interest of the targeted company to get a higher share of the expected value of the pipeline, while earning this share as milestones are achieved.

The tools and methodologies available to finance directors allow for developing negotiation tables with investors, whereby the dilution linked to additional rounds of financing can be modeled based on hypothesis for development outcomes, as highlighted in the example above in figure 4.

When dealing with value driving issues such as M&amp,As or fund raising, modern evaluation tools, methodologies and approaches bring valuable insights to the boards keen on exerting their governance responsibilities.

Overreliance on common sense hypothesis fed in formulas whose rationale has been forgotten even by the key players, might partly explain the important number of failures in M&amp,A as well as in investment activities.

Finally, always ask yourself if it is so easy to plan for that acquisition target, why is it so difficult for us to implement in our own activities?

1. Why Most M&amp,A Deals End Up Badly, Shaun Rein, Forbes.com

Jean-Louis Roux Dit Buisson is a Professor of Entrepreneurship at the Grenoble Management School in France. He is founder of Foro Ventures, a company dedicated to provide assistance and interim management for top-line growth projects and turn-arounds.

Jean-Louis is specialized in high technology sectors (such as Bio Pharma, Medtech). He has an MSc from MIT and an MBA from INSEAD and can be reached at jl@forotech.ch.

How can managers better negotiate M&amp,As?