The case for blockchain in healthcare 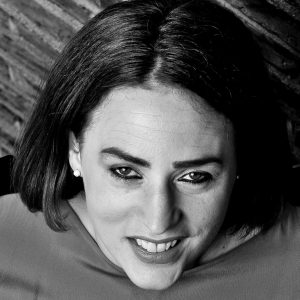 Helen Disney argues that blockchain is the tool needed to manage the vast quantities of data swamping healthcare systems, securely and efficiently.

Healthcare systems are drowning in data – updating patient medical records, processing clinical trials, interpreting cancer treatment outcomes, analysing reams of new genomic information, and so on. But securely managing and sharing such data in a manner fit for the 21st century is a hard problem to solve. Indeed, writing in the Japan Medical Association Journal about ‘Healthcare and the Roles of the Medical Profession in the Big Data Era’, Yuji Yamamoto argues that, when it comes to clinical trials research, the amount of data being handled already exceeds our human capacity for processing it. This gap is only likely to widen.

Enter the blockchain. When bitcoin recently hit the headlines again as a result of ransomware attacks on the UK’s NHS, some saw this as just another reason to dislike the digital currency and anything to do with it, including its underpinning technology, blockchain. But these attacks say far more about the poor level of data security in traditional healthcare IT systems than they do about criminals exploiting new technologies for their own ends. Indeed, somewhat ironically, such ransomware attacks may actually point to a problem which blockchain technology is poised to solve.

Applied to healthcare data of whatever kind, blockchain offers the possibility of a shared, decentralised platform which can allow any authorised party to have secure access to health data, without compromising patient confidentiality – and which would be far more robust against malicious cyber attacks on the system.

So how does it work? A blockchain is a distributed ledger – in other words, a kind of massive, secure and shareable database that can be accessed in real time by multiple parties. This provides a unique and reliable way to establish the provenance of information. A record added to a blockchain is time-stamped and cannot subsequently be changed, guaranteeing that the information genuinely existed at the indicated time. You could call it a shared version of the truth.

Participants in a blockchain network have a secure digital identity and a private key, meaning that any records they place on the system are digitally signed. Crucially, users are unable to go back and alter the audit trail of information at a later date.

Sensitive personal information, like healthcare data, is generally not stored on the blockchain itself. Instead, companies are creating systems to allow users to reference and find out where that particular piece of healthcare information is stored.

This vision of a healthcare system may sound far-fetched to some who are new to the technology but, in fact, the blockchain revolution in healthcare is already happening. In Estonia, for example, the eHealth Authority has already signed a deal with the blockchain company Guardtime to secure the health records of over a million of its citizens. And last year Estonia also signed a joint declaration with Finland looking at automatic cross-border data exchange for social insurance benefits and digital prescriptions.

A number of other startups and blue-chip companies in the field are developing healthcare solutions built on a blockchain, for both the public and private sectors. As well as innovating within existing business processes, new business models are springing up, including new forms of peer-to-peer healthcare insurance, applications combining healthcare information from wearable IoT devices with the ability to track data on a blockchain platform, and companies offering various types of healthcare data management.

Indeed, a recent IBM Survey found that 16% of 200 healthcare executives questioned had firm plans to implement a commercial blockchain solution in their organisation this year, while 56% were likely to follow by 2020. Some 70% of those executives planned to use blockchain tools for health record management, while 66% thought blockchain could improve interoperability and incomplete access to patient data.

Outside the commercial sphere, a further benefit will come from enabling scientific researchers to share these ever-growing reams of data far more easily and effectively in future. The Global Alliance for Genomics and Health, for example, is looking into a blockchain solution for referencing genomics data for variants of cancer. This would increase the availability of the data, especially for those who would find it difficult to pay.

Patients of the future will have more control over their own healthcare information and may even wish to donate their data to scientific research or monetise it commercially, while medical professionals will waste far less time on onerous clerical duties, including entering, or searching for, relevant medical information.

Nevertheless, blockchain is not a universal panacea for handling healthcare data. Many senior executives have yet to be convinced of the benefits and there is a lack of technical understanding in healthcare organisations about what can and can’t be done with blockchain, and some false assumptions about how quickly things can move. Yet the biggest barrier to adoption may be political. Governments want to protect the best interests of the public in an area as sensitive as healthcare information, and incumbent firms may have a lot to lose as disruptive new technology players enter the market.

Ultimately, however, blockchain technology is likely to have enormous ramifications for everyone in healthcare. While it is clear that the tsunami of big data in healthcare is already accelerating towards us, blockchains may be the right tools to harness its immense power for the good of human wellbeing.

Helen Disney is the CEO and Founder of Unblocked Events, a hub for blockchain events, information and commentary.

Helen Disney is hosting the upcoming Healthcare: Unblocked event in October. Click the banner to find out more and register.