A mission to unlock the genetic secrets of mental illness

The Broad Institute and philanthropist Ted Stanley are looking to reinvigorate drug development for mental illnesses by mapping out the genes behind the conditions.

When the pharmaceutical industry runs out of basic clues about how to improve treatment of a disease, the response is usually the same: disinvest in research and wait until someone turns up some new clues which look worth investigating.

This is exactly what has happened in the field of mental illness and psychiatry – despite a huge unmet medical need, companies across the industry have cut back their research into schizophrenia, bipolar disorder and depression. This is after years of R&D investment which has failed to produce any molecules resembling a significant step forward in treating these crippling conditions. Instead, the industry has channelled funds to areas where understanding about the genetic basis of diseases has advanced, the most notable case being cancer.

Companies such as AstraZeneca, Lilly, Roche and Pfizer all retain some presence in the field, but have few novel candidates in their pipelines to raise hope of a major advance. In the wider neuroscience area, it is dementia which is attracting the greatest attention, but repeated failures there have increased pessimism about the therapy area in general.

Now an American philanthropist, Ted Stanley, has stepped in to try to reawaken interest in new psychiatric drugs by seeking to uncover the genetic basis for the conditions. Stanley has just announced a donation of $650 million to fund the Broad Institute in Cambridge, Massachusetts to co-ordinate the search, bringing his philanthropy to a total of $825 million since 2007.

Ted Stanley's donation is the largest ever in psychiatric research and among the largest for scientific research in general – but looks modest compared to the annual R&D budgets for big pharma companies, commonly around the $5 billion mark.

However the Stanley Center for Psychiatric Research at the Broad Institute doesn't need to undertake the testing of new drug candidates in human patients, the most expensive part of the process; the aim is to uncover those genetic clues worth investigating, prove they can be targeted with drugs, then hand on the next task of developing drugs to pharma.

Nevertheless this is a huge undertaking, and an ambition only conceivable because of a very rapid improvement in gene sequencing technology, which is now shedding light on the role of genes across all diseases.

"The translation of emerging genetics into 'actionable biology' in psychiatry is now beginning to take off."

One of the leaders at the Stanley Center is a veteran of the pharma industry, and a highly respected researcher, Edward Scolnick. Now chief scientist at the Broad, Scolnick served in senior roles at Merck between 1983 and 2003, including the top job of President of research.

His track record means Scolnick knows what it takes to discover and develop new drugs, and says the translation of emerging genetics into 'actionable biology' in psychiatry is now beginning to take off. 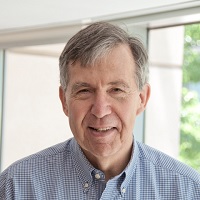 Ted Stanley and his late wife, Vada established the Stanley Center at the Broad Institute in 2007, first inspired to use their fortune (built by selling collectables, such as model cars and dolls) after their son Jonathan developed bipolar disorder. Jonathan benefitted from existing drugs to treat his condition, but many patients fail to respond adequately, or suffer intolerable or dangerous side-effects.

Stanley is clearly optimistic that it is only a matter of time before genomics can reveal the causes of these disorders – he simply wants to speed up the process.

"We still have a long way to go, but for the first time we can point to specific genes and biological processes. It's now time to step on the gas pedal," Stanley said. "I am devoting my personal wealth to this goal. But it will take all of us – philanthropists, government funding agencies, scientists, patients, and families – working together to achieve it."

"This is a pivotal moment ... We are finally beginning to gain the deep knowledge about these disorders that we have sought for decades."

A leader in genetic research

The Broad Institute sits in the heart of Cambridge, Massachusetts, which has become the world's premier centre for drug discovery and development over the last decade. The Institute grew out of a Massachusetts Institute of Technology (MIT)-based flagship centre for the Human Genome Project, and generated a third of the DNA sequence data for that project – the single largest contribution to the effort.

Celebrating its 10th anniversary last month in July, the Broad Institute is home to a community of more than 2,000 members, including physicians, biologists, chemists, computer scientists, engineers, staff, and representatives of many other disciplines.

Broad investigators have led international consortia that have found thousands of genetic variants responsible for common diseases such as diabetes, heart disease, and Crohn's disease – and translated that knowledge into descriptions of the underlying biological processes, a critical step in the development of rationally designed drugs. They have discovered several hundred genes that are mutated in cancer and applied this knowledge to begin to invent new, targeted forms of therapy.

Its scientists have also invented powerful new tools that allow researchers to precisely manipulate the genome and measure the millions of complex chemical interactions within cells. In the spirit of the Human Genome Project, the Broad makes its genomic data freely available to researchers around the world.

The future of psychiatric research

The Stanley Center engages a community of more than 150 scientists at the Broad Institute and its partner institutions. The centre has set itself the goal of accomplishing at least four major goals:

(i) Complete the list of all genes that play roles in severe psychiatric disorders, including schizophrenia, bipolar disorder, autism, and others. To create a comprehensive catalogue of the genetic variation that underlies mental illness, the researchers plan to expand their international network and draw in many more collaborators with new insights and capabilities. They also plan to expand their sample collection efforts dramatically – especially among understudied populations, such as those in African nations – to reveal the many as-yet-undiscovered mutations relevant to disease. As a first step, they plan to carry out comprehensive analysis of all genes that specify the protein building blocks of cells from 100,000 samples in the next two years.

(ii) Reveal the biological pathways in which these genes act. To do so, they will push technological boundaries, working with new techniques that allow them to manipulate and comprehensively measure the dynamic activity of genes in living cells, including lab-grown neurons produced by new stem-cell technologies. Their ultimate, ambitious goal: to determine where, when, and how these genes act in human brain cells, and how in psychiatric patients those processes may go awry.

(iii) Develop cellular and animal models that faithfully mimic human disorders. In contrast to researchers studying cancer or diabetes, scientists studying psychiatric disorders have been unable to identify animal models that correctly capture important biological aspects of the disorders and correctly predict which therapies will be effective in humans. Now Broad researchers plan to create cellular models in the laboratory and animal models that more faithfully match both the genetic variation and the biochemical processes seen in human patients. Cutting-edge techniques such as genome editing will be pioneered, allowing them to precisely introduce any mutations they choose.

(iv) Develop chemicals to modulate biological pathways to serve as drug leads. The researchers plan to build on the existing therapeutic efforts within the Stanley Center and draw on the Broad's Therapeutics Platform – a technological powerhouse with the capacity to create and screen hundreds of thousands of compounds – to identify molecules that can powerfully and precisely influence specific biological pathways relevant to psychiatric disorders. Those chemicals' effects will then be studies to find out which of them might become promising leads for drugs that could be safely and effectively used in humans.

The Broad Institute has assembled some of the most distinguished researchers to lead the hugely ambitious project. Steven Hyman, is director of the Stanley Center for Psychiatric Research at the Broad Institute as well as Harvard University Distinguished Service Professor of Stem Cell and Regenerative Biology.

A psychiatrist, Hyman is the former head of the NIMH from 1996 to 2001, and led it to invest in both neuroscience and genetics, and, along with Scolnick and Lander, supported the collection of DNA samples from patients, with the hope that the samples could someday be analysed to find disease genes.

But progress was slow, partly because understanding of the human genome was still in its infancy. When Hyman left the NIMH to become provost of Harvard University, he had almost completely lost hope that true progress could be made in his lifetime in elucidating the mechanisms of psychiatric illness.

After nine years as Harvard Provost, he joined the Broad and then became the director of the Stanley Center in 2012. He now says the time is right for progress.

Luckily, the Broad is not alone in its mission to chart the genetic causes of serious mental disorders – researchers around the world are coming together to pool their resources. Coinciding with the new funding for the Broad, an international network of researchers have mapped over 100 genetic markers linked to risk of developing schizophrenia.

Published in the publication Nature, the international network of researchers has mapped out the genes associated with schizophrenia. This represents the largest mapping of any neuropsychiatric disorder to date, and includes more than 80,000 people having their individual genome sequenced. The researchers have identified 108 genetic markers underlying risk of developing schizophrenia, 83 of which had never been identified before.

These developments, and the powerhouse of research now assembled at the Broad gives Hyman reason to be optimistic. 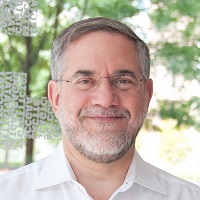 "Ten years ago, finding the biological causes of psychiatric disorders was like trying to climb a wall with no footholds. But in the last few years, we've turned this featureless landscape into something we can exploit. If this is a wall, we've put toeholds into it. Now, we have to start climbing."

Andrew McConaghie is pharmaphorum's Managing Editor, Feature Media. He has been writing about the pharmaceutical industry and NHS since 1999 and provides regular exclusive news and insights from the sector for pharmaphorum.

Have your say: What does the industry need to do to gain more than a toehold in the wall of psychiatric disorders?