This week’s decision to relocate the European Medicines Agency to Amsterdam has been greeted as the least damaging outcome for the European Union's medicines regulator, which must leave London by the end of March 2019.

The dramatic vote on Monday has brought home the threat of Brexit to the UK life sciences sector, however.

While the relocation of the EMA is a blow, it is not as big threat to the UK as finding itself excluded from the EMA's centralised authorisation procedure, which approves a drug across all the current 28 EU member states plus Norway, Iceland and Leichtenstein.

This is something which the British pharma and biotech industry value very highly, but looks set to lose when the UK exits the single market.

Natasha Pearman, a competition lawyer at law firm Mischcon de Reya told pharmaphorum that all eyes are on the government and its handling of Brexit negotiations, and whether it is able to agree on transitional arrangements.

Pearman said: "The decision between Amsterdam or Milan is unlikely to have a material impact on the UK life sciences sector. The real issue that arises with the loss of the EMA is the loss of influence that the UK, specifically via the MHRA, had on medicines regulation within Europe.”

The worry for the life sciences industry is the UK’s status as a “third country”, potentially lagging behind the rest of Europe when it comes to approving and getting access to new drugs and therapies.

There are ongoing concerns about funding for the National Health Service, which is notoriously slow at adopting new medicines and treatments, a conservative approach worsened by a squeeze on health service funding.

One way of mitigating the impact of Brexit on drug regulation could be a bespoke 'mutual recognition' agreement, where the UK medicines regulator the MHRA piggy-backs on decisions made by the EMA.

There is also the possibility that the MHRA could continue to help out with certain regulatory tasks, although this would be difficult to manage given that the government has stated that it must stay out of the remit of the European Court of Justice at all costs.

Of course getting drugs approved is just one facet of the EMA’s work – only this morning the agency announced that its new EudraVigilance safety monitoring system has finally gone live, promising enhanced electronic reporting of any drug safety issues.

So it’s a worry that with Brexit negotiations between the UK and EU stalled over the so-called “divorce bill”, there is mounting concern over how long it will take to agree on something as technical and detailed as drug regulation.

The EMA’s location drew inward investment from outside of Europe and also allowed the MHRA to help develop less burdensome drug regulation policy, she said.

“Unless the UK gets some sort of deal for the MHRA to remain within the EU regulatory network, preferably allowing the MHRA access to the centralised or mutual recognition procedure, the consequences for the UK life sciences sector are potentially dire,” says Natasha Pearman. 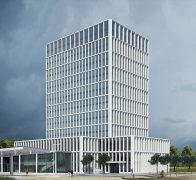 With the Dutch Medicines Evaluation board (MEB) warning that purpose-built facilities may not be ready in time for the handover, the UK could find its place in the new-look medicines regulation landscape by answering calls for assistance.

Around a third of the work of the European Medicines Agency is already outsourced to the MHRA, and the MEB has already pledged to invest 2 million euros to improve capacity, and hire a further 25 new employees to take on the extra work.

It is also going to invest a further 8 million euros to improve training in other national EU regulators so that they can help with the extra work.

Pearman said: "The role that the MHRA could play during the handover will depend on any transitional deal that is put in place, and ultimately whether the MHRA remains within the EU regulatory framework in some way.”

She added: “The Dutch have also warned that the purpose-built facilities to host the EMA may not be ready in time and so staff may need a temporary location – so there may be some calls for assistance.”

“No doubt, given the financial investment made by the Netherlands and the importance of the EMA to the health of European citizens, they will be doing everything possible to make the transition as smooth as possible."